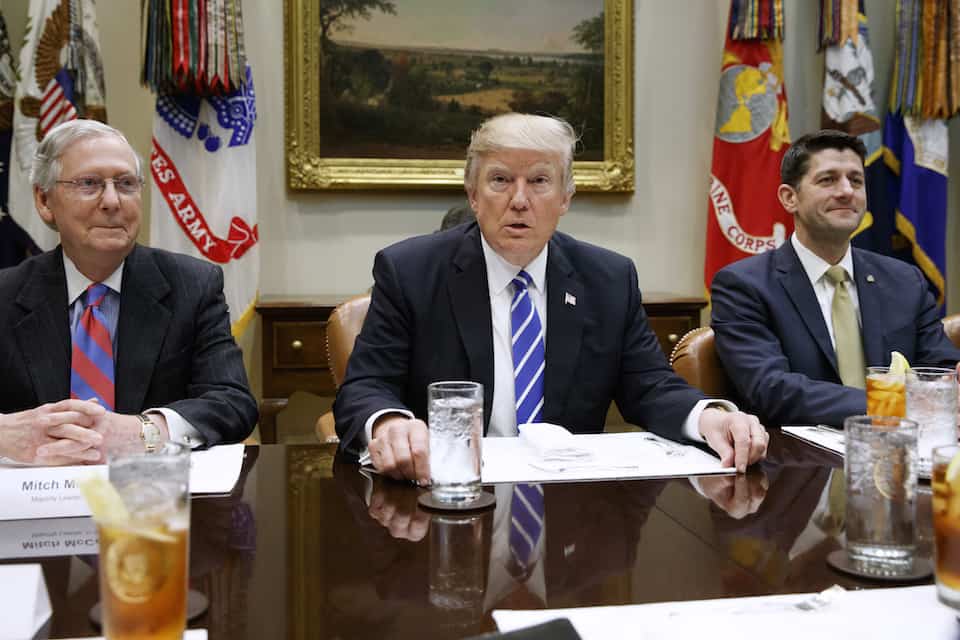 Outside of Congress, more and more Republicans are refusing to endorse the GOP's wildly unpopular tax scheme.

Donald Trump might be able to count on blind loyalty in Congress when it comes to his agenda — including the horribly unpopular GOP tax scheme currently being rammed through Congress — but outside of the Beltway, key Republicans are keeping their distance.

That includes 13 Republican governors who refused to a sign a letter, spearheaded by Gov. Scott Walker (R-WI), touting the GOP tax scheme.

On Twitter, Speaker of the House Paul Ryan (R-WI) boasted that more than 20 Republican governors signed on to the push. But that means an awful lot of governors refused — an embarrassing development for the GOP, considering that the tax scheme is being touted as the keystone to Trump's thin legislative agenda this year.

Among the GOP governors who did not sign the tax letter were Chris Christie of New Jersey, John Kasich of Ohio, Rick Scott of Florida, Rick Snyder of Michigan, and Brian Sandoval of Nevada.

Meanwhile, Phil Scott of Vermont recently announced his opposition to the bill, saying that residents of his state will be "on the losing end" of the GOP’s tax scam.

In fact, most Americans will be on the losing end.

Despite what Republicans may claim, the tax bill is nothing more than a giveaway for the rich, funded by working class Americans. According to the Tax Policy Center, 87 million families making less than $200,000 annually would experience a tax hike by 2027 under the plan that Republicans just rammed through the Senate in the middle of the night.

Furthermore, according to an analysis by the Committee for a Responsible Federal Budget, “nearly 70 percent of the tax cuts would go to businesses over 10 years,” the Associated Press reported. “The rest of the tax cuts appear to favor the wealthy.”

Perhaps another reason so many Republican governors wouldn't sign Walker's letter is that the GOP scheme could decimate America's safety net, which would impact state lawmakers and governors much more directly than members of Congress.

The pending bill is already projected to cut Medicare by approximately $400 billion over the next decade — and Republican members of Congress are already signaling that their next move will be to propose even deeper cuts to Medicare and Social Security.

If the Republican tax bill actually embodied what the GOP claimed it did — a tax break for the working class — every GOP governor in America would rally behind it.

But it doesn't, and they're not.