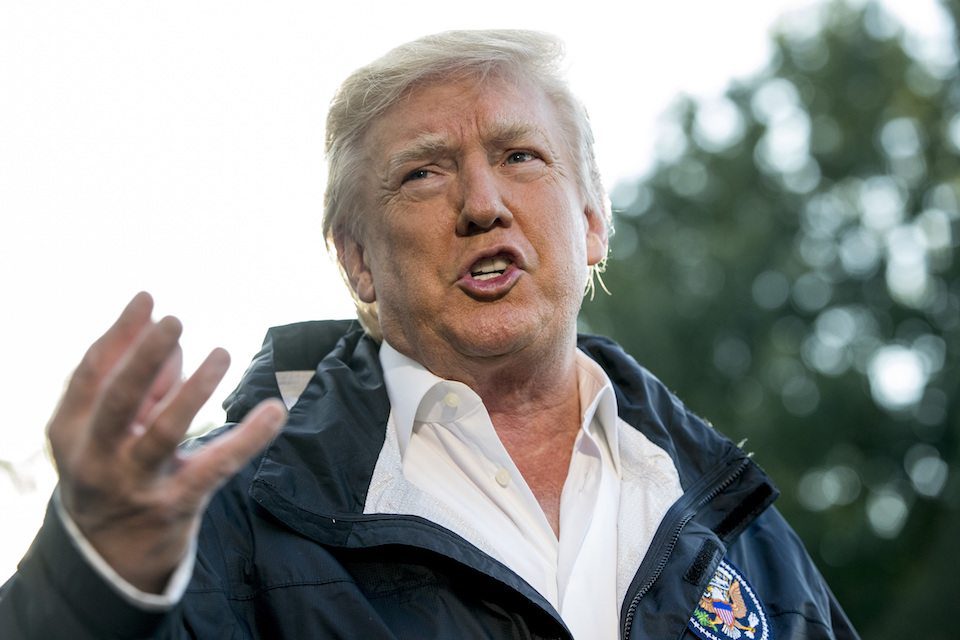 Trump may have thought he was able to get away with letting Puerto Ricans suffer because they have no vote for president. Now, 130,000 of them could have that vote — in Florida.

Donald Trump’s heartless behavior in the wake of the devastation in Puerto Rico has caused the situation to spiral into one of the worst humanitarian disasters on U.S. soil in a century.

And Puerto Ricans may well be planning to punish him for it at the ballot box in 2020.

Although Puerto Rico has no votes in the electoral college, Florida does — and according to the Tampa Bay Times, that happens to be where most economic refugees of the destruction in Puerto Rico are settling:

Some 130,000 Puerto Ricans have arrived in Florida since Hurricane Maria, adding to an already steady wave and signaling a potential major development in I-4 corridor politics.

Experts at the Center for Puerto Rican Studies at Hunter College in New York estimate that more than 300,000 Puerto Ricans could leave the island in the next two years, and Florida would likely attract many of those.

The political ramifications are big and at least on paper favors Democrats, as Puerto Ricans tend to vote for the party.

And in addition to the 130,000 Puerto Ricans who have moved there since September, there are 1 million who already lived in the key swing state — which could badly hurt Trump’s chances of winning the state again.

More than a month after Hurricane Maria hit, hundreds are dead and most of the island is still without water or power, reducing some desperate families to pulling water from a toxic waste site. A power company with ties to one of Trump’s cronies was fired for price-gouging the Puerto Rican government, and is now under investigation by the FBI.

For his part, Trump sent almost no military forces to help, blocked foreign ships from delivering supplies, got into a Twitter feud with the mayor of San Juan, and on his trip to the island, did nothing to help devastated Puerto Ricans except throw some paper towels at them.

Trump may have thought that Puerto Rico was less worthy of his attention than Texas or Florida because Puerto Ricans had no say over his election. Unfortunately for him, many of them do — and in the next election, their voices will be a lot louder.