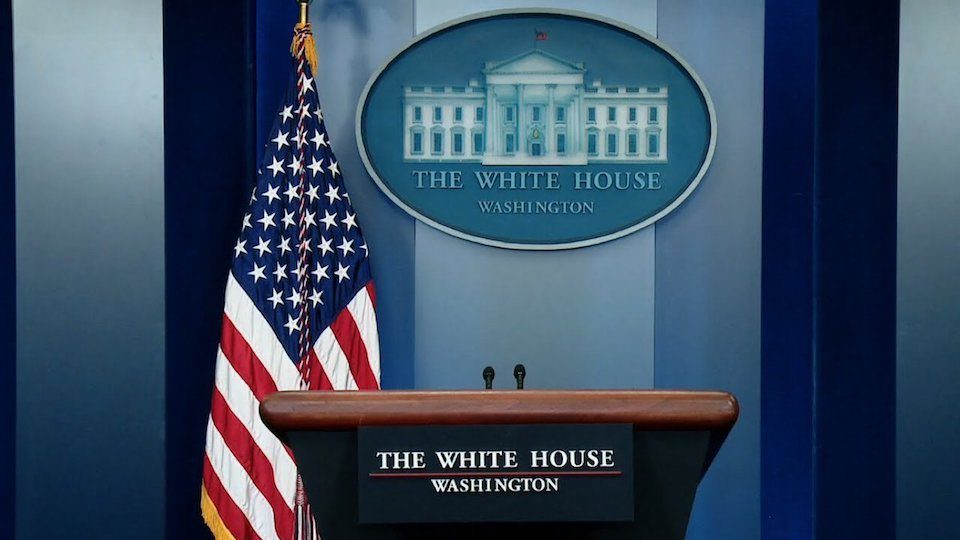 The last White House press briefing was a month before the Mueller report was released.

The White House has been hiding from the press since March 11, refusing to hold what was once a daily press briefing.

For the past 150 days, spanning the end of Sarah Huckabee Sanders' tenure and the beginning of Stephanie Grisham's, the White House press secretary has not held one single formal press briefing.

During this entire time, the members of the media have not had a formal opportunity to ask the White House about major events taking place in the country and around the world.

The White House has not held a single press briefing since special counsel Robert Mueller completed his report about the Trump campaign's interaction with Russian operatives and Trump's numerous attempts to obstruct justice.

Sanders never faced the press corps after the Mueller report revealed she lied from the podium about why Trump fired former FBI Director James Comey.

The entire time Trump and the Treasury Department have been breaking the law by not turning over Trump's taxes to Congress, the White House press secretary has hidden from view, refusing to say why.

The White House has avoided press briefings for so long that a thick layer of dust was visible on the lectern — and that happened in May.

Trump regularly encourages threats and violence aimed at the free press, calling the media the "enemy of the people." Both he and White House staff prefer to give interviews to friendly outlets like Fox News.

Sanders made a habit out of hiding from the press, and her successor is picking up where she left off.