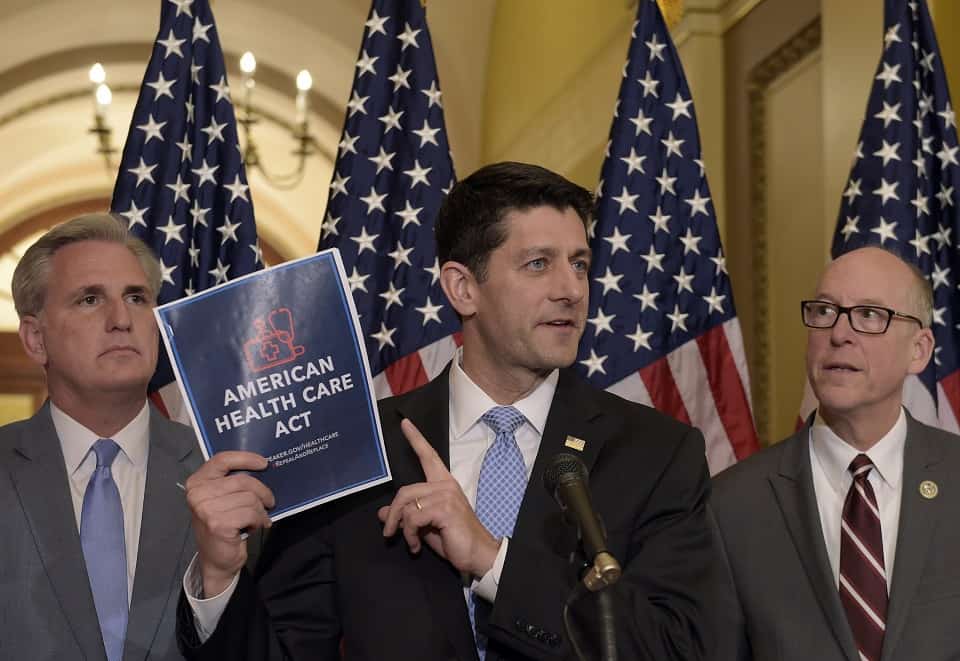 The Congressional Budget Office's analysis of the Republican plan to repeal and replace Obamacare has uncovered some staggering numbers on the bill’s impact. Most notably, 24 million people will lose their health insurance.

The nonpartisan Congressional Budget Office (CBO) has released the estimates for the effects that the GOP's proposed plan to "repeal and replace" the Affordable Care Act (aka Obamacare) would have on health insurance coverage across America.

The results are genuinely terrifying.

Health and Human Services Secretary Tom Price recently said, "We don't believe that individuals will lose coverage at all." The nonpartisan analysis shows that this was a complete lie.

And when you compare the numbers to the real world, it gets even scarier:

The projected number of uninsured Americans under the Republican plan vs. Obamacare. Wow. https://t.co/2bWZMfuQUo pic.twitter.com/p1WHUq2w7M

- 52 million people would be uninsured by 2026. That is larger than the populations of California and New York, combined, and is also roughly one-sixth of the population of the entire country.

- By next year alone, 14 million people would lose coverage. That is more people than the populations of Ohio and New Mexico combined.

- The bill is forecast to reduce the federal deficit by $337 billion. For perspective, the government has spent $400 billion on the troubled F-35 fighter jet program already and it is expected to cost upwards of $1.4 trillion when all is said and done.

The CBO estimates of insurance coverage loss are higher than experts had predicted, and those figures were already terrible (an earlier analysis foreshadowed this months ago). The purported deficit reduction and savings are a drop in the bucket, compared to the massive disruption and carnage that will occur if the bill is allowed to pass.

Republicans have been attacking and trying to undermine the CBO because they knew these numbers would expose just what a harmful idea their repeal and replacement plan would be. There has been a grassroots uprising in response to early plans to attack Obamacare, and now with these stark numbers exposed for everyone to see, the resistance will grow louder and stronger.