Home National Pence could try to make himself president if he thinks Trump is...
Support progressive journalism.
Donate today 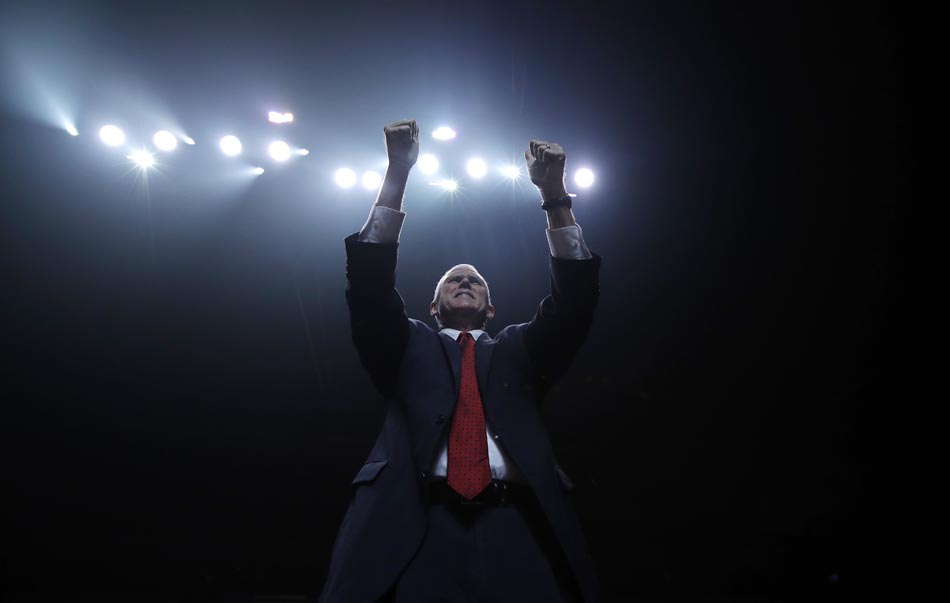 The 25th Amendment could come into play.

The unprecedented public health crises now gripping the nation and the White House have once again brought the 25th Amendment into the public discourse, as questions swirl around the health of both Donald Trump and his closest aides.

Trump announced in the early morning hours on Friday that both he and the first lady had tested positive for the coronavirus, prompting a flurry of concern about who else may have been infected, how the diagnoses will affect the presidential election, and most importantly, what happens if he falls gravely ill.

Over the weekend, Trump's doctors revealed that he is on a cocktail of experimental medications as well as the steroid dexamethasone, which is only used for severe cases, suggesting Trump's condition could be much worse than doctors are saying.

So what happens if Trump becomes incapacitated and is unable to carry out his duties?

There is also another scenario provided for in the 25th Amendment: Should Trump become incapable of personally relinquishing control — if he falls unconscious, for example — it allows Vice President Mike Pence and a majority of Cabinet officials to initiate the transfer of power themselves.

The same majority of Cabinet officials combined with Pence can also force Trump to temporarily step down if they believe he is no longer fit for duty, creating a referendum that must pass both houses of Congress by a two-thirds majority — at which point Trump is declared unable to complete his duties.

Since its ratification in 1967, the 25th Amendment has been invoked to transfer control to a vice president only when presidents undergo brief medical procedures like routine screenings. Under the presidencies of both Ronald Reagan and George W. Bush, power was temporarily ceded to a vice president during their respective colonoscopies before quickly being re-assumed by the elected executive.

Should the vice president fall ill or become incapacitated after assuming control of the presidency, executive function passes first to the House speaker, then to the president of the Senate, and is followed then by the secretaries of state, treasury, and defense.

Despite public health officials like Dr. Anthony Fauci imploring the use of masks to contain the spread of coronavirus, Trump has repeatedly mocked these efforts, even lambasting the Centers for Disease Control's attempts to increase the use of personal protection equipment. In May, Trump rebuked a journalist who refused to remove his mask for being "politically correct"; as recently as Tuesday night's debate, Trump was claiming he only wears a mask "when I need it" and mocking his opponent, former Vice President Joe Biden, for following CDC guidelines.

It's unclear what will happen next but already multiple people in close proximity to the president have tested positive for coronavirus including RNC chair Ronna McDaniel and Utah Sen. Mike Lee (R) with more likely to follow.

Speaking to the press Friday morning outside of the White House, chief of staff Mark Meadows told reporters, "I fully expect that as this virus continues to go on, other people in the White House will certainly have a positive test result."