Home National 7 days and 0 questions: Trump refuses to talk to press on...
Progressive journalism is under attack. Please help us fight back!
DONATE 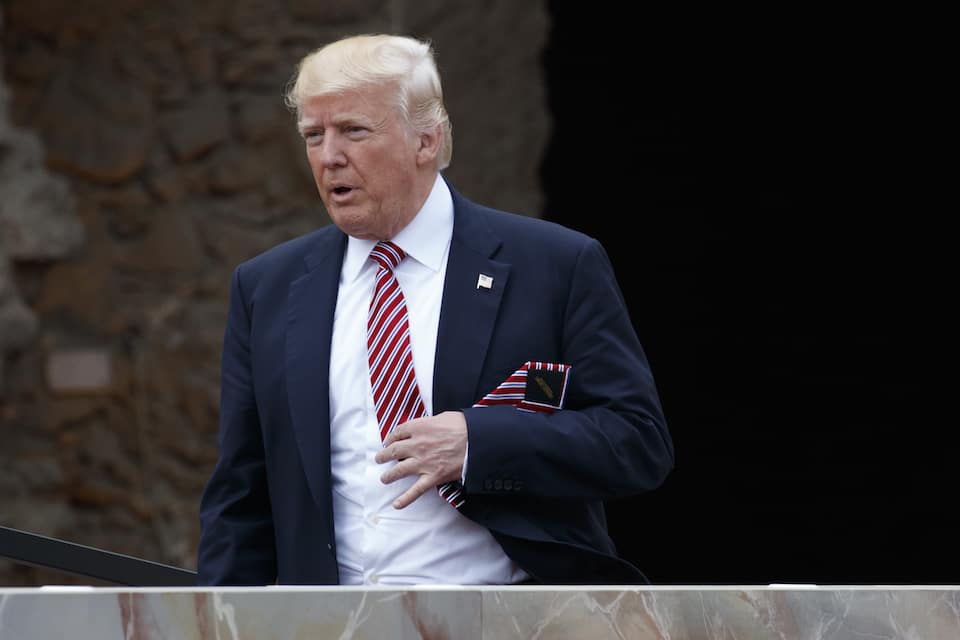 Donald Trump's first trip abroad while occupying the presidency has been a disaster. Unsurprisingly, though previous presidents often held multiple news conferences while abroad, Trump has been avoiding the press the entire trip.

Donald Trump is avoiding the media as much as possible during his embarrassing, mistake-filled first trip abroad.

Since leaving on this first foreign trip as president one week ago, Trump has visited multiple countries in the Middle East and Europe and discussed many issues that will affect the lives of millions — without answering any questions from the press following him.

Journalists have taken notice of Trump's cone of silence.

At the meeting of the G7 in Taormina, Italy, reporter S.V. Date took a photo showing scheduled press conferences scheduled for multiple nations including Japan, Italy, and Canada, with the glaring omission of the United States.

But this avoidance of the press is not altogether surprising, as the trip has not gone well at all.

After years of attacking President Obama for supposedly bowing to world leaders, Trump bowed and curtsied to Saudi Arabia's leaders.

His commerce secretary praised Saudi Arabia's lack of protesters, apparently unaware that it was due to that country's lack of free speech rights.

And America's allies in the NATO alliance laughed and whispered as Trump embarrassed himself with a clueless speech, whining about the organization and the member nations who do not, in Trump's incorrect view, pay up properly.

Trump may also be avoiding questions about why the FBI is now circling the son-in-law he installed in a position of power as part of their inquiry into his campaign's connection to Russian election sabotage.

Trump built his media brand on constantly cozying up to the press, but now that there are monumental consequences to his actions, he's staying as far as he can from tough questions. Once he's back stateside, his team may find it more difficult to keep that cone of silence intact.