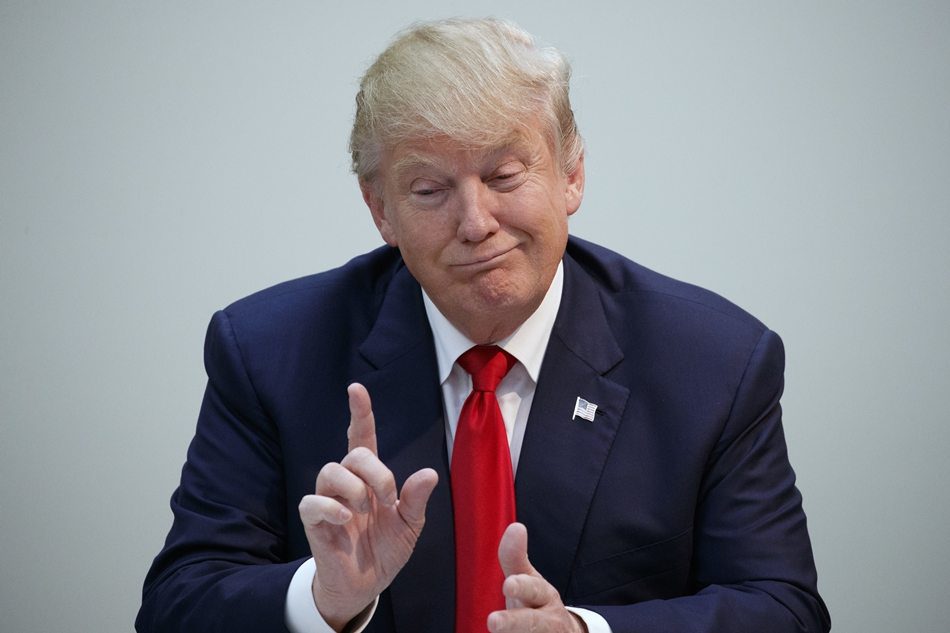 Until he was heard on a recording condoning sexual assault, Donald Trump had the support of a wide array of Republican officials. Their ranks have thinned, but it's worth taking another look at what they deemed acceptable for the duration of the 2016 campaign.

Trump's egregious Billy Bush bus revelations triggered an exodus from his campaign. But before that recording emerged, Trump had already amassed a litany of shameful words and deeds:

2. Body-shamed Kim Kardashian while she was pregnant.

3. Discussed having sex with Princess Diana weeks after she had died in a car accident.

4. Said he would sleep with Marcia Cross: “She’s got a good body; just put a bag on her head.”

6. Said of Carly Fiorina: “Look at that face. Would anyone vote for that?”

9. Said that Supreme Court Justice Ruth Bader Ginsburg is an “incompetent judge” whose “mind is shot.”

10. Repeatedly said that Hillary Clinton doesn’t “have a presidential look.”

12. Suggested disarming Clinton’s Secret Service detail to “see what happens to her.”

14. Accused Fox News anchor Megyn Kelly of having “blood coming out of her wherever.”

15. Said pregnancy was an “inconvenience” for a business.

16. Allegedly grabbed reporter Alexi McCammond’s wrist after she asked him a question about women.

17. Told a reporter that she wouldn’t have her job if she weren’t beautiful.

18. Called reporter Katy Tur “Little Katy, third-rate journalist” and told her to “be quiet” at a press conference.

19. Told a female contestant on The Apprentice: “That must be a pretty picture, you dropping to your knees.”

20. Said of married life: “When I come home and dinner’s not ready, I go through the roof.”

21. Bragged about the size of his genitals at a presidential debate.

22. Compared women to inanimate objects of beauty like “buildings.”

23. Said “it doesn’t really matter what [the media] write as long as you’ve got a young and beautiful piece of ass.”

24. Told a lawyer who asked for a break to pump breast milk for her infant that she was “disgusting.”

25. Wrote: “I have seen women manipulate men with just a twitch of their eye — or perhaps another body part.”

26. Asserted that sexual assault in the U.S. military is inevitable: “What did these geniuses expect?”

28. Suggested women who get abortions should be punished.

30. Admitted he walked in on pageant contestants in various stages of undress without their consent.

31. Spoke to contestants in his beauty pageants like livestock about to be sold at auction.

32. Admitted he “can’t say” that he treats women with respect.

33. Claimed that most Mexican immigrants are criminals, drug dealers, and rapists.

34. Insinuated that the Mexican government intentionally sends criminals to the US.

35. Insisted that US-born federal judge, Gonzalo P. Curiel, couldn’t be impartial because of his Mexican heritage.

36. Retweeted someone who said that Jeb Bush liked “Mexican illegals” because Bush’s wife is Mexican.

38. Referred to a Black man at his rally as “my African-American over here.”

39. Reportedly said that laziness is an inherent trait in Black people.

40. Reasserted the guilt of the “Central Park Five” even after they were completely exonerated.

41. Wrongly claimed that “stop and frisk” was effective and constitutional.

42. Proposed targeting the families (including children) of suspected terrorists.

44. Led the “birther” movement, insisting for years that President Obama was not a US citizen.

45. Expressed doubts about Obama’s intelligence and said he should make his college transcripts public.

46. Called for a ban on all Muslims from entering the US.

47. Called for a national registry of Muslim Americans.

48. Said that he didn’t want Black people handling his money, only “short guys that wear yarmulkes.”

52. Proposed a “purity test” for immigrants.

53. Asked his supporters to act as “poll watchers” and carry out voter intimidation.

54. Denigrated the Mashantucket Pequot Nation Native American tribe, saying, “they don’t look like Indians to me.”

55. Mocked a reporter with a physical disability.

56. Insulted and denigrated Khizr and Ghazala Khan, Gold Star parents of a slain Muslim US soldier.

57. Invited Russian hackers to conduct espionage against the U.S.

59. Said he was “smart” to avoid paying federal taxes.

61. Refused to release his tax returns, a practice in place for half a century.

63. Insulted the U.S. military as the “gang who couldn’t shoot straight.”

64. Said American generals had been “reduced to rubble.”

65. Suggested he would pay legal fees for those who engaged in violence at his rallies.

66. Was fined after engaging in a pay-to-play scheme with Florida AG Pam Bondi.

67. Publicly and inappropriately commented on his first classified briefing.

68. Toyed with a Purple Heart.

69. Said he could “stand in the middle of Fifth Avenue and shoot somebody” and wouldn’t lose voters.

70. Declared that John McCain was not a war hero, because he prefers people who don’t get captured.

Bonus: On the day of the 9/11 attacks, he said his building had become the tallest in Manhattan.

None of these abominations seemed to faze the GOP. What does that tell you about them?