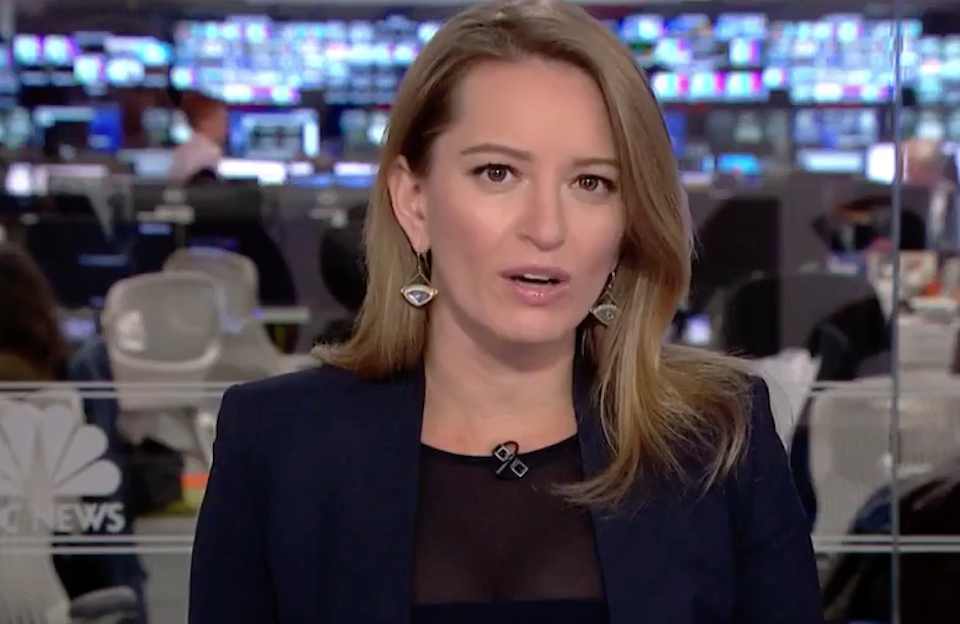 White House press secretary Sarah Huckabee Sanders tried to smear President Barack Obama with the claim that he did not act in a bipartisan manner, but it only took reporters a few minutes to destroy her ridiculous lie.

The Trump administration made yet another attempt to lie about the record of President Barack Obama, but it only took a few minutes for reporters to completely debunk it.

During the daily White House press briefing, press secretary Sarah Huckabee Sanders made the bold and false proclamation that Donald Trump has done "more for bipartisanship in the past eight days" than Obama did in his eight years in office.

Trump has embraced partisanship like no other president before him, and has the low approval ratings to show for it, which has been a key factor in his legislative ineptitude, along with his own party's leadership.

MSNBC's Katy Tur was quickly able to dismantle Sanders' lie, citing several areas of bipartisanship under Obama — largely while discussing major legislation that became law during his presidency. Trump has no such legislative record.

TUR: Sarah Huckabee Sanders said the said the president is the most bipartisan president we have had in years, more bipartisan than the last administration. She said she couldn't think of an area where he had bipartisan effort or bipartisan approval on any legislation. Our crack team behind the scenes here, the 2:00 p.m. team, has gone back and looked at a couple examples, at least a few examples, of the Obama administration working with the other side of the aisle to do just that.

So, a bit of a fact check here. The Recovery Act, the economic stimulus law that blunted the recession, only passed after Obama accepted the demand from three Senate Republicans to reduce the size of the package by about $100 billion, mostly by paring back spending proposals.

Hallie, that's just obviously a couple example, I'm sure people could find some more. But there is an effort by this administration to paint this president as a deal maker, regardless of whether or not their facts line up perfectly.

If he does come out of this tonight, do you foresee from what you know, the president ending up working with Democrats more?

JACKSON: I would say in the room, when the conversation was happening and the quote from Sarah Huckabee Sanders was something like, "The president has done more on bipartisanship in the past eight days than the prior administration did over eight years," people in the room were yelling out examples of "Hey, wait a second" — in a moment or two in that discussion. You asked about bipartisanship, I think to this point until — you mentioned legislation that was passed under President -- then-President Obama. The question is will there be legislation under President Trump that is in fact bipartisan, significant legislation like what you referred to? And so, again, this appears to be — or I would imagine this is an example of watch what the president does and not necessarily what he says. So we'll see.

TUR: Legislation actually passed. Hallie, with a good distinction there. Remember a lot of those reporters in that room, including our own Peter Alexander and Kristen Welker who covered this president as well,  covered President Obama so they certainly know what they're talking about when it comes to that.

Economic stimulus that created millions of jobs and set the nation up for recovery, Wall Street reform to curb the abuses that had been tolerated by the Bush administration, and surveillance reform were all Obama initiatives that attracted Republican support.

Despite unprecedented Republican opposition and obstruction from his first day, Obama pursued Republican support on multiple issues, often to the exasperation of his strongest supporters.

But on several key pieces of legislation, which have gone on to affect and improve the lives of millions of Americans, he got it, and that helped to make them into law.

Trump's envy of Obama is all-consuming, and it has led his administration to support frivolous and dangerously disastrous policies. But such blatant lying about an easily verifiable assertion just makes them look more incompetent.