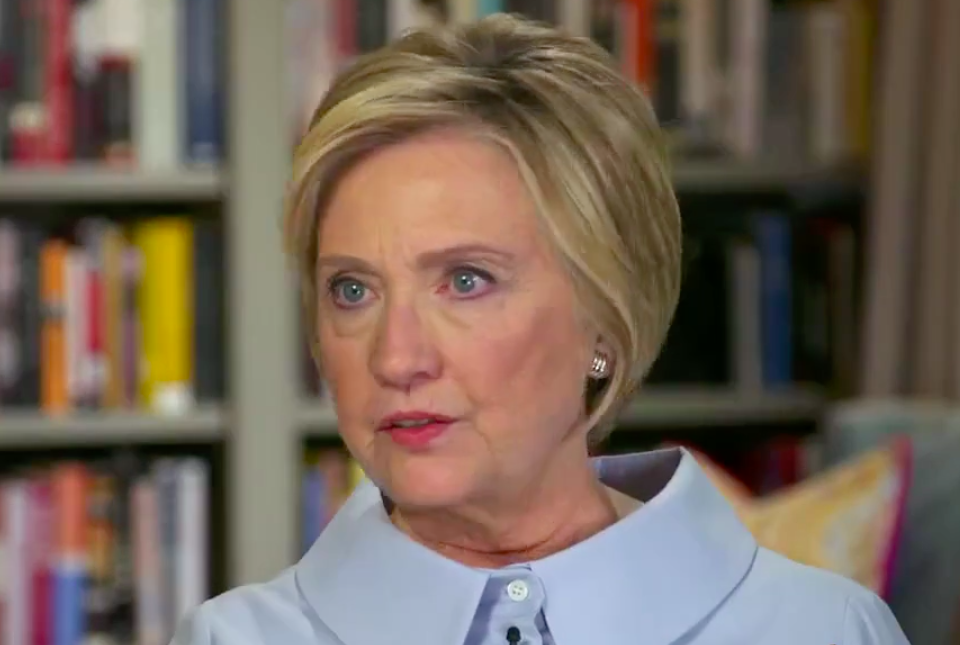 Donald Trump never tried to hide his true character, even though many observers were willfully blind to it. But Hillary Clinton knew who he was — and who he would become in office.

Donald Trump has never made his racism a secret. After all, his political career was largely launched by his hateful birtherism campaign against President Barack Obama.

And his presidential bid was gleefully supported by not just majorities of white America, but specifically by neo-Nazis and the so-called "alt-right" — groups which still see Trump as their stalwart ally in the White House.

Many of his promises — the southern border wall, the Muslim ban, cracking down on undocumented immigrants — appealed directly to the portion of right-wing voters motivated not by "economic anxiety" but by bigotry which has finally been given a green light from the most powerful office in the country.

And it continues to grow more evident: Pardoning the violent racist Sheriff Joe Arpaio and rescinding the Deferred Action for Childhood Arrivals (DACA) program are just two of the latest ways Trump is coddling the feelings of racists in the country.

And of course, that all comes on the heels of his shocking and despicable comments in the wake of the white supremacist riot in Charlottesville, Virginia, in August. Trump actually stood at a microphone on national television and lectured the press and the public that there were "very fine people" among the mob of torch-wielding neo-Nazis.

This is who he has always been. And no one knew that more clearly than Hillary Clinton.

In an interview with CBS Sunday Morning, Clinton spoke about the "out of body experience" she had while sitting on the stage at Trump's inauguration — something she certainly was not thrilled about doing but which she did out of respect for the norms of the electoral process.

But then she listened to his speech, and had a reaction that many of those watching also experienced.

"A cry from the white nationalist gut," Clinton declared.

CLINTON: You know, after the first of the year, I had a big decision to make: Was I going to go to the inauguration?

PAULEY: But you're a former first lady.

CLINTON: But I'm a former a former first lady, and former presidents and first ladies show up. It's part of the demonstration of the continuity of our government. And so [laughing] there I was on the platform, you know, feeling like an out of body experience. And then his speech, which was a cry from the white nationalist gut.

CLINTON: What an opportunity to say, 'Okay, I'm proud of my supporters, but I'm the president of all Americans.' That's not what we heard at all.

Indeed, it was not. But as Clinton presciently noted to herself then, and to the nation now, the speech accomplished one major goal: Letting those white supremacist followers know he still had their back, and still welcomed their support.

If only mainstream political reporters were seeing the same thing. Instead, they are engaged in a painfully obvious and desperate attempt to paint Trump as some kind of independent maverick, constantly on the verge of making a pivot to the center — rather than admit that he is both the white supremacists' favorite and also an emblem of the modern Republican Party.

Clinton and her team tried to warn the country and the world about Trump before the election, but not enough people were willing to listen. And as she sat on that platform in January and listened to Trump give frightening voice to the substance of those warnings, she felt what so many of us feel every day: Our country's future is at stake, and now is not the time to remain silent or to turn a blind eye.