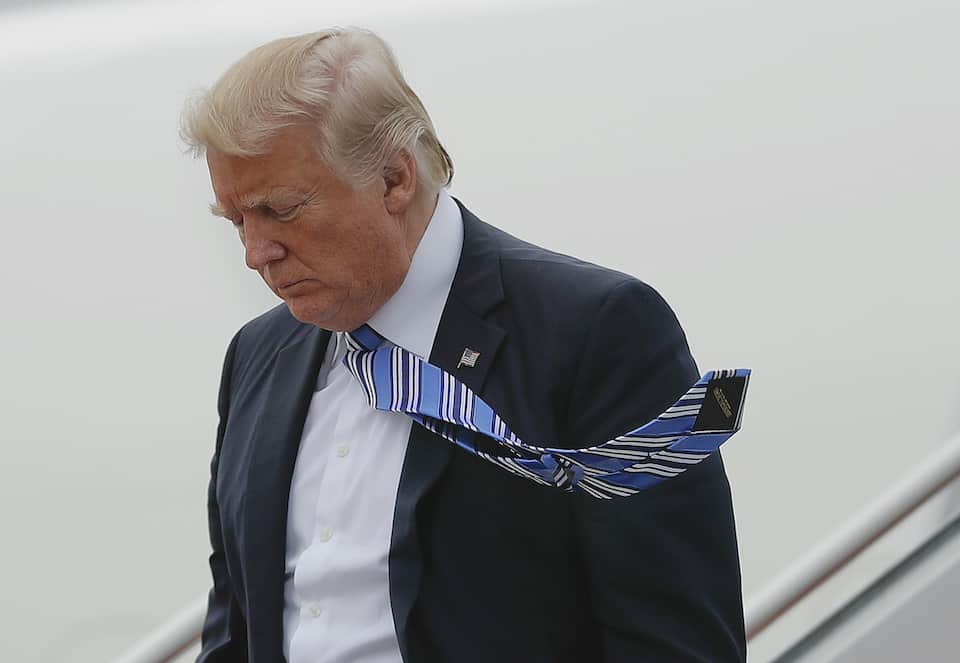 Senior White House aides, concerned about Donald Trump's leaking of classified information and other reckless behavior, agree with the brutal assessment of Republican Sen. Bob Corker that the administration is in a "downward spiral."

Aides close to Donald Trump agree with the view that his presidency is in a "downward spiral," according to a troubling new report from the New York Times.

The paper reports that "a dozen of Mr. Trump's aides and associates" privately concurred with the view expressed by Sen. Bob Corker (R-TN) that the Trump administration is "in a downward spiral right now."

Trump's decision to leak classified information, provided to the administration by Israel, to the Russian government without permission has destabilized international relations and undermined America's standing in the world.

And as the Times notes, the blowback from Trump's actions has his top aides worried "about the damage that was being done to the administration’s standing and the fatigue that was setting in after months of having to defend the president’s missteps."

Every crisis that Trump has experienced since becoming president has been of his own making, and not a response to external issues — the crucible most presidents are challenged on early.

Trump has kicked up a cloud of ethics violations by refusing to enter into a blind trust, is under investigation for Russian collusion while repeatedly interfering with officials involved in the process, and has tried to distract from these issues by rolling out an unpopular health care repeal plan.

Trump has not yet had to deal with an external crisis, but he has put the country into such turmoil that his staffers apparently feel free to spill to the New York Times.

Outside pressure from the resistance may be getting to Trump, but he is the one piloting his administration, and more and more, it looks to be headed for a crash and burn.