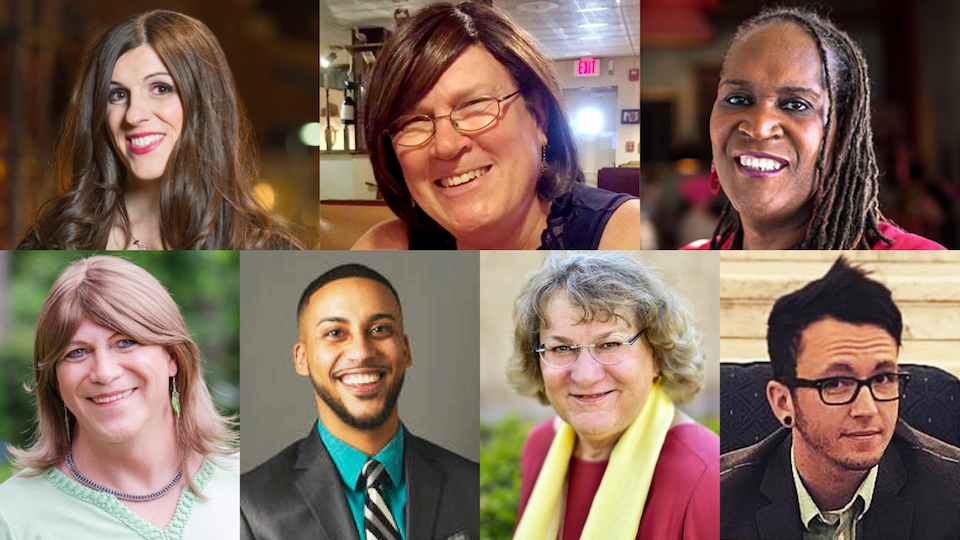 (Human Rights Campaign)
Get The American Independent in your inbox

In the Trump era, despite widespread GOP discrimination, transgender Americans are not only finding acceptance — they are being elected to public office.

Since the Supreme Court guaranteed marriage equality as the law of the land, the battlefield of LGBT rights has shifted to the acceptance of transgender people in public spaces.

Republicans have not only resisted the push for equality, but at times have been ruthlessly cruel to trans people. Several states passed or considered “bathroom bills” to force them to use misgendered public restrooms, opening them up to abuse or assault.

Donald Trump has also joined in, issuing an unconstitutional directive to kick trans people out of the military.

For a time, it was fashionable in the media to claim that Democrats would be doomed if they fought the GOP on this — that it was a fatal wedge issue and any attempt to promote trans rights would alienate moderates.

The first clue this was wrong should have been when the anti-trans governor of North Carolina was ousted last year, followed by the widespread backlash and failure of Texas Republicans to enact their much-touted bathroom bill.

Then, this Tuesday, transgender Americans scored a landmark electoral victory: seven trans candidates were elected to state and local office around the country.

One of the candidates was Danica Roem, a journalist and heavy metal vocalist who was elected to the Virginia House of Delegates. Roem endured vicious attacks and misgendering from GOP incumbent Bob Marshall — who called himself “Chief Homophobe” and had written his own bathroom bill. Asked to comment on Marshall after her victory, Roem simply said “I don’t attack my constituents. Bob is my constituent now.”

Another candidate was Andrea Jenkins, who will be serving on the Minneapolis City Council. Jenkins is the first trans woman of color to be elected to office in America.

Lisa Middleton won a city council seat in Palm Springs, California. Stephe Koontz will sit on the city council of Doraville, Georgia. Gerri Cannon was elected to the school board of Somersworth, New Hampshire.

Nor were trans women the only winners. Also elected to municipal office on Tuesday were two trans men: Philippe Cunningham to the Minneapolis City Council, and Tyler Titus to the school board of Erie, Pennsylvania.

Now that there are trans people elected to local office all over the country, it will be easier for the trans community to make their voices heard in government — and after all the GOP efforts to thwart this diversity, it will contribute greatly to the national dialogue and consciousness.

While the battle is far from over, Tuesday's elections were a clear reminder that those fighting for equality are on the winning side of this issue.