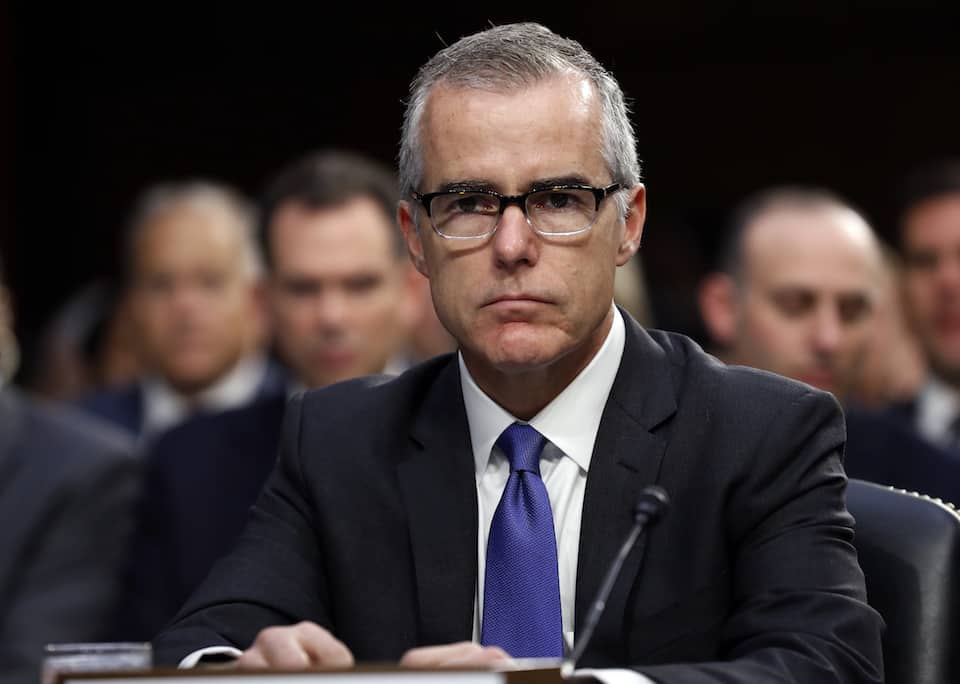 It is certainly looking more and more like Donald Trump tried to pressure former FBI Director James Comey to show his loyalty to the president by shutting down the Russia investigation.

The evidence that Donald Trump may have inappropriately asked James Comey to pledge his loyalty to the president, in an attempt to derail the FBI's investigation into Trump's Russian ties, continues to grow.

When the senator asked McCabe whether Comey told him the president had asked for his loyalty, McCabe did not deny it; he simply refused to answer.

"I'm not going to comment on those conversations," he said repeatedly.

But when pressed on the question of conversations McCabe had with Comey about Trump, McCabe said, "Those matters also begin to fall within the scope of issues being investigated by the special counsel."

The special counsel is tasked with, among other things, investigating potential collusion between the Trump team and Russia but also whether the White House subsequently engaged in a cover-up.

HEINRICH: In particular, did Director Comey say that the president had asked for his loyalty?

McCABE: Sir, I'm not going to comment on conversations the director may have had with the president. I know he's here to testify in front of you tomorrow. You'll have an opportunity to ask him those then.

HEINRICH: I'm asking you. Did you have that conversation with Director Comey?

McCABE: And I've responded that I'm not going to comment on those conversations.

McCabe: Because — for two reasons. First, as I mentioned, I'm not in a position to talk about conversations that Director Comey may or may not have had with the president.

HEINRICH: I'm not asking you that. I'm asking about conversations that you had with Director Comey?

McCABE: And I think that those matters also begin to fall within the scope of issues being investigated by the special counsel and wouldn't be appropriate for me to comment on those today.

On Thursday, Comey will testify before the same Senate committee, where he will undoubtedly be asked some of the same questions. And while the FBI's acting director might be unwilling to comment on conversations that may have taken place between Comey and Trump, multiple reports suggest Comey will not have those same hesitations.

And that could spell big trouble for Trump.