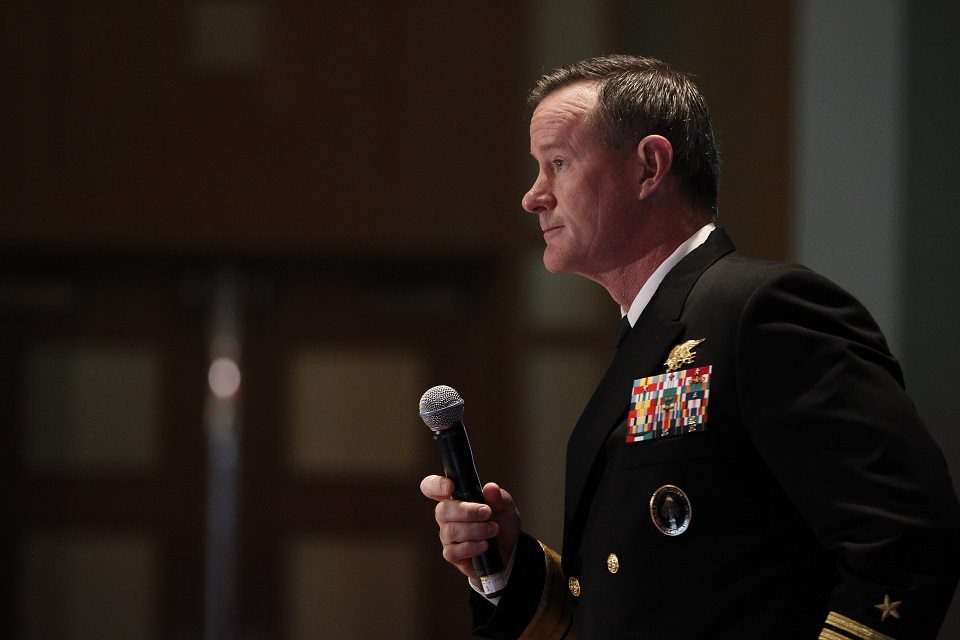 Donald Trump recently declared the media the enemy of the people. Ret. U.S. Admiral William McRaven, architect of the Navy SEAL raid that took down Osama bin Laden, knows a thing or two about enemies. And he has a message for Trump.

Retired U.S. Navy Admiral William McRaven, former head of the U.S. Special Operations Command, organized and oversaw the military raid that led to the death of Osama bin Laden. After 37 years of service, he retired from the Navy in 2014.

Now he is the chancellor of The University of Texas System, and in a recent speech to students, he delivered a powerful defense of the media in the age of Trump:

“We must challenge this statement and this sentiment that the news media is the enemy of the American people,” McRaven said. “This sentiment may be the greatest threat to democracy in my lifetime.”

Trump's authoritarian critique of the media has been met with blistering criticism from Senator John McCain, German Chancellor Angela Merkel, Carl Bernstein, Rep. Adam Schiff, and many others.

But this rebuke, from the man credited with taking down one of America's greatest enemies, is especially meaningful.

Notably, McRaven did not announce which candidate he would support in the general election.

But he has been critical of Trump's policies since, including Trump's executive order temporarily banning people from seven majority Muslim countries from entering the United States.

From McCraven's statement in January:

“I believe that the talent, energy, and ideas flowing into the United States of America — and to UT System institutions — from countries around the world are among our greatest strengths,” McRaven said in a statement. “The men and women who show up at our shores and our doors — ready to study, work, and participate — make us stronger, smarter, more competitive, and more attuned to the rest of the globe.”

“I would hope that my commitment to our nation’s security cannot be questioned,” McRaven said in a statement. “I stand behind our nation’s efforts to ensure all our citizens are free from the threat that terrorism can bring to our shores.”