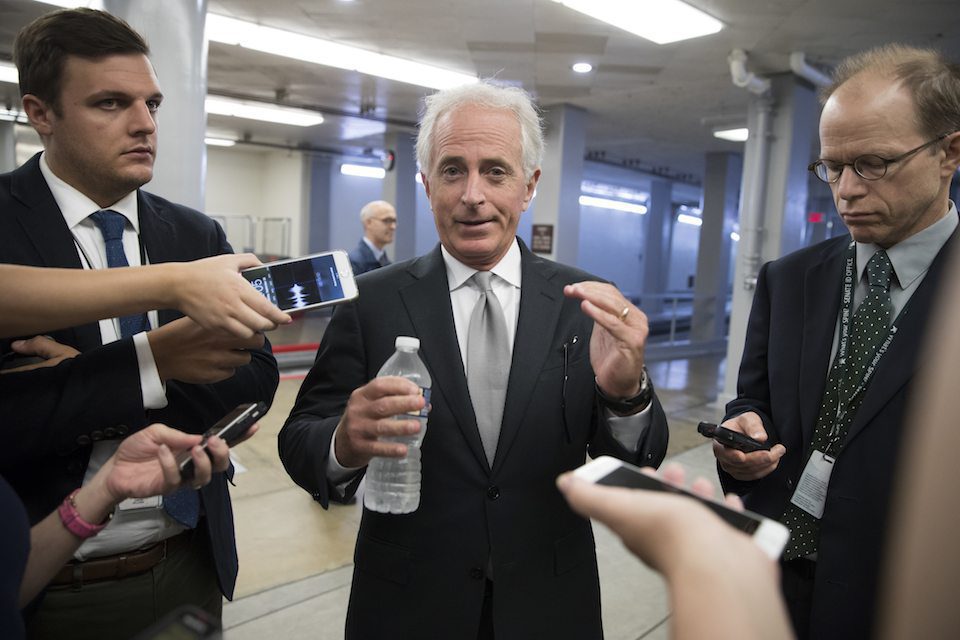 Donald Trump unleashed one of his weirdest Twitter rants yet against GOP Sen. Bob Corker, claiming the long-serving senator decided not to seek re-election after begging for and being denied Trump's endorsement.

The war of tweets between Donald Trump and his own Republican members of congress reached a new level.

Trump claimed that Tennessee Sen. Bob Corker had asked for his endorsement, and then dropped out after being denied.

Corker responded with "the clapback of the year," according to MSNBC anchor Joy Reid.

It's a shame the White House has become an adult day care center. Someone obviously missed their shift this morning.

The escalation between the two men has been brewing for weeks, finally bursting into the news stream when Corker said publicly that Trump's Chief of Staff John Kelly, and Cabinet secretaries Rex Tillerson and James Mattis "separate this country from chaos."

It was a clear dig at the increasingly erratic behavior of Trump, who has in recent days taken to Twitter to declare his own Secretary of State's diplomatic strategy unworkable with respect to North Korea.

After a week where Trump had to refute that his chief diplomat had called him a "moron," kicking off a new one with a respected GOP Senator calling him a toddler seems like a unlikely way to turn the page.