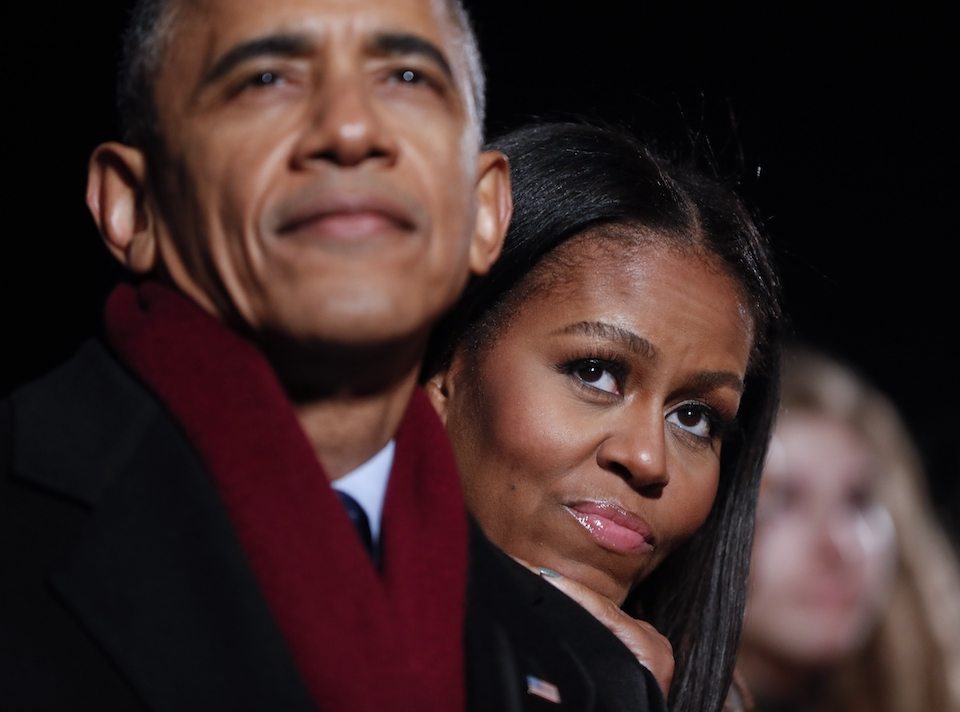 The Trump administration's failures on multiple issues, foreign and domestic, has prompted a resurgence of nostalgia for President Barack Obama and first lady Michelle Obama, who were hailed for their competence and compassion.

Donald Trump is an unpopular president who obtained his position by failing to earn a plurality of votes with the collaboration of a hostile foreign power.

As the reality of his complete inability to lead the United States and the world hits home in a rolling train wreck that reaches into nearly aspect of their lives, Americans are understandably nostalgic for competent, progressive leadership.

That is probably why #BringBackObama trended for almost an entire day. Under that hashtag on Twitter, anxious Americans posted memes, photos, videos and thoughts about former President Barack Obama, the first lady, and his family. (Neither Malia nor Sasha Obama has a history of colluding with Russians.)

Just a few wonderful examples of the #BringBackObama sentiment:

Compassion, dignity, a role model for our children #BringBackObama pic.twitter.com/M6zQGtTSyo

My #WednesdayWisdom comes from Pres Obama

He's a leader who wanted to unite us as a nation and we should never expect less#BringBackObama pic.twitter.com/hXmvIl1JTY

Please #BringBackObama even if it's just Bo, he can handle this country better than trump + he's already spent 8 years in the White House pic.twitter.com/W0MUW0CUAK

A day later, the Obamas were trending again, this time in response to Michelle Obama's appearance at the 2017 ESPY Awards ceremony.

She received thunderous applause from the hundreds of athletes and celebrities in attendance as she presented the Arthur Ashe Award for Courage to the late Eunice Kennedy Shriver, who created the Special Olympics. (Trump has pushed for cuts to education programs related to the well-regarded organization.)

Compassion, competence, and leadership are not dead in America.

While Trump continues to embarrass himself and the country, on both the domestic and international fronts, Americans have shown that they still believe in values that are the hallmarks of our national character, embodied by the former president and first lady.

And, as Chris Lu, who served in several roles in the Obama administration, noted on Twitter Thursday night, there was a time not so long ago when not everyone in the White House, and the first family, was lawyering up. "I served 4 years in the Obama White House," he wrote. "I never hired a lawyer, and I don't know anyone who did. Just thought I'd point that out."

The 22nd amendment, enacted after the overwhelmingly popular Franklin Roosevelt won four presidential elections in a row — like Obama, he was also a Democrat — prevents Obama from seeking a third term.

When Obama left office, his approval rating was at 59 percent. When Trump took over the presidency, his approval was an anemic 45 percent and it has never gone higher. He currently has 40 percent approval, with no sign he's ever going to get close to Obama territory.

Trump and his underlings are certainly aware of this. No doubt, it's in part why Trump has continued to lash out jealously at Obama and those who served with him.

And his team must be aware of the nation's nostalgia for the scandal-free days of the Obama White House, and how so much of the country would already like to see Trump gone.

Even his running mate, Mike Pence, seems to have figured it out and is making contingency plans. Just in case.