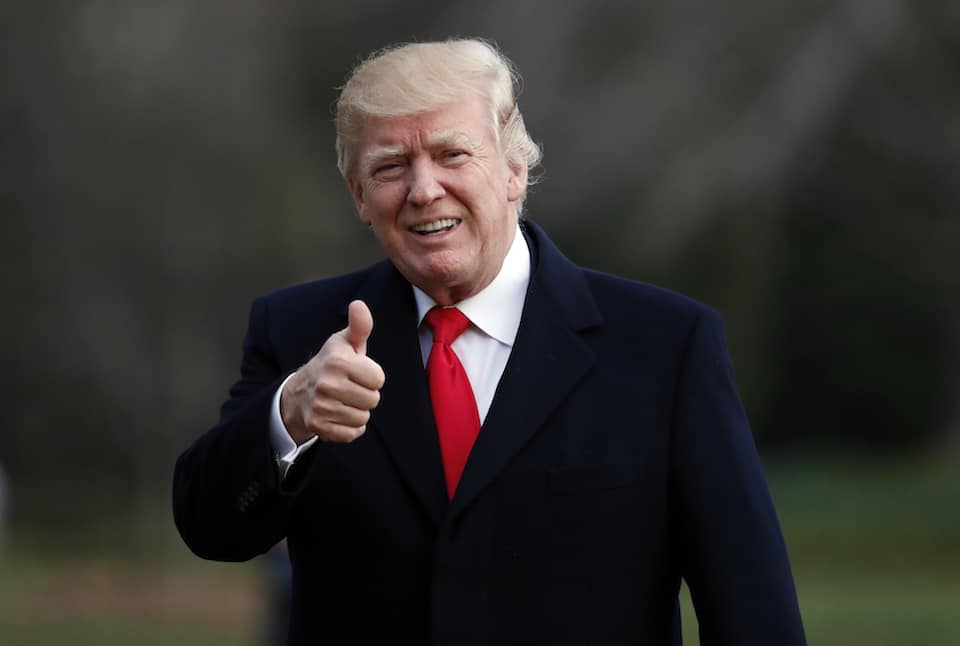 Fox News is always happy to have Trump's back.

Fox News Channel defended the existence of a clear pathway for Russia to dispense bribes to Donald Trump.

"Fox & Friends" is Donald Trump's favorite show on the network that has made itself into the designated safe space for the most absurd defenses of his administration's incompetence, bigotry, and corruption.

Trump has acknowledged that his ownership of multiple real estate properties and his refusal to divest from them once becoming president has opened up a pathway for Russians and others to purchase his properties and make him even richer in what would undoubtedly be an attempt to curry favor with him.

Co-host Ainsley Earhardt demonstrated the mind-meld between Trump and Fox as she proclaimed that Trump "owns so many buildings here. I assume people that are buying apartments in some of his buildings, some of them are probably from Russia."

EARHARDT: Well they're investigating to find out if he was, if President Trump was involved with Russia before the election, that Russians buying his apartments in Trump buildings here. If you drive up Fifth Avenue or Central Park South, that property is some of the most expensive property in the country. And I walk along Central Park and I'm like who can afford, how are all of these buildings full? And a real estate agent told me that a lot of their clients or customers are from other countries. Like princes buying these buying elaborate, huge apartments in the city. Well, he owns so many buildings here. I assume people that are buying apartments in some of his buildings, some of them are probably from Russia.

It is a defense so absurd it sounds as if Trump could have written it himself. He has repeatedly insisted he has no financial ties to Russia. But if, as he and now Fox are suggesting, Russians have invested in his buildings, that would contradict his claim and opens up the question of whether Russians and other foreign entities are investing in his properties for the opportunity to bribe him to do their bidding.

The Fox defense didn't stop with Earhardt. Her co-host, noted sexist Steve Doocy, also echoed Trump as he claimed that special counsel Robert Mueller could be stepping out of bounds because he "wasn't hired" to get Trump's tax returns.

Fox anchor Clayton Morris also chimed in to add, "The mandate for Bob Mueller was around the Russian meddling in our election." In other words, not Trump's financial ties to Russia.

The New York Times has reported that Mueller may be looking at Trump's returns as part of his probe into his finances. Trump, unlike every presidential candidate over the last four decades, did not disclose his returns, and continues to refuse to do so.

On Fox News, this behavior is not only fine, but it is the new standard. And Trump is watching.