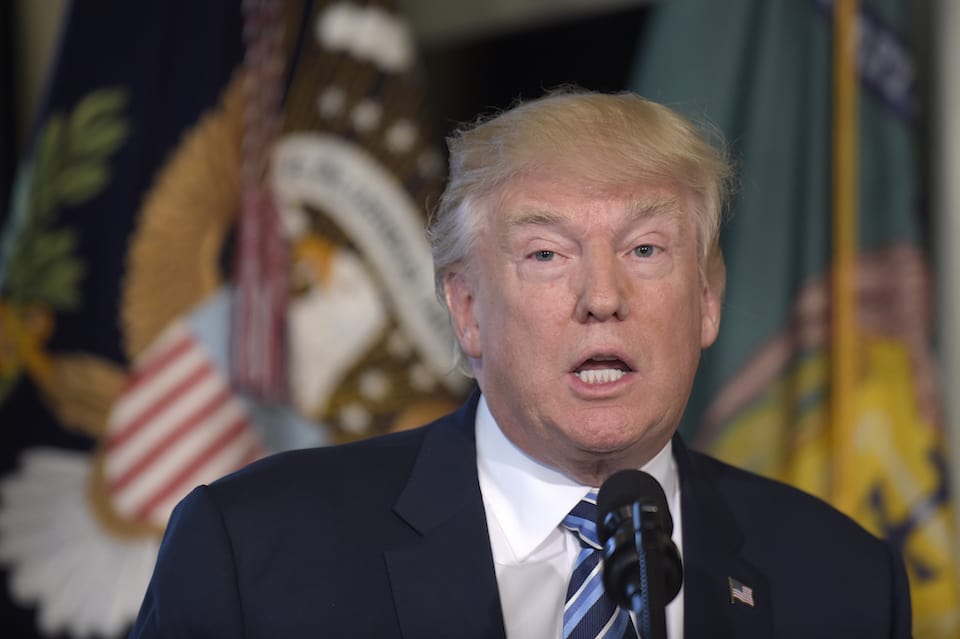 Whatever dirty secrets Donald Trump is hiding in his tax returns might not remain secret for much longer.

Since before Donald Trump was elected, many Americans suspected that the tax returns he refuses to release might reveal shocking secrets — perhaps including corruption and even financial dealings with Russia.

Now the attorneys general of Maryland and the District of Columbia have a plan to find out the truth. On Monday, D.C. Attorney General Karl A. Racine and Maryland Attorney General Brian E. Frosh are filing a lawsuit to get some answers.

According to the Washington Post, this lawsuit, brought on behalf of government entities, is the first of its kind, and "centers on the fact that Trump chose to retain ownership of his company when he became president."

Trump had vowed to separate himself from the Trump Organization, which would be run by his sons Don Jr. and Eric. But that's a promise Trump has obviously not kept, despite Eric Trump's recent insistence that showing his father the financial books of the family's company "doesn’t blur the lines" in an unethical manner and that "the president of the United States has zero conflicts of interests."

Trump's administration now argues that he doesn't have to separate his business from his presidency because it would be too complicated and, according to Trump's Department of Justice, there is nothing illegal about Trump's businesses accepting payments from foreign entities — at his hotels, for example, including the one just down the street from the White House — while he is in the Oval Office.

The suit alleges that Trump's refusal to remove himself from the operations of his business has kept him "deeply enmeshed with a legion of foreign and domestic government actors" and that he has committed "unprecedented constitutional violations."

In order to determine the extent of those violations, the attorneys general say, they will seek Trump's tax returns. Trump had said, throughout the campaign, that he was willing to release them — as every other presidential nominee has done since Nixon.

Trump falsely claimed he could not release his taxes because he was being audited — a lie the IRS openly debunked. Nonetheless, Trump's taxes have remained a closely guarded secret.

If the case is allowed to proceed, Racine and and Frosh predict the request for Trump's taxes could end up before the Supreme Court. While Trump has often insisted there is nothing significant in his taxes, his refusal to prove it suggests otherwise.

His taxes could show including serious conflicts of interest with foreign entities and companies he now works with in his capacity as president of the United States that personally enrich him and his family. But there is only one way to know for sure — and the attorneys general of Maryland and D.C. are taking the first necessary steps to find out.