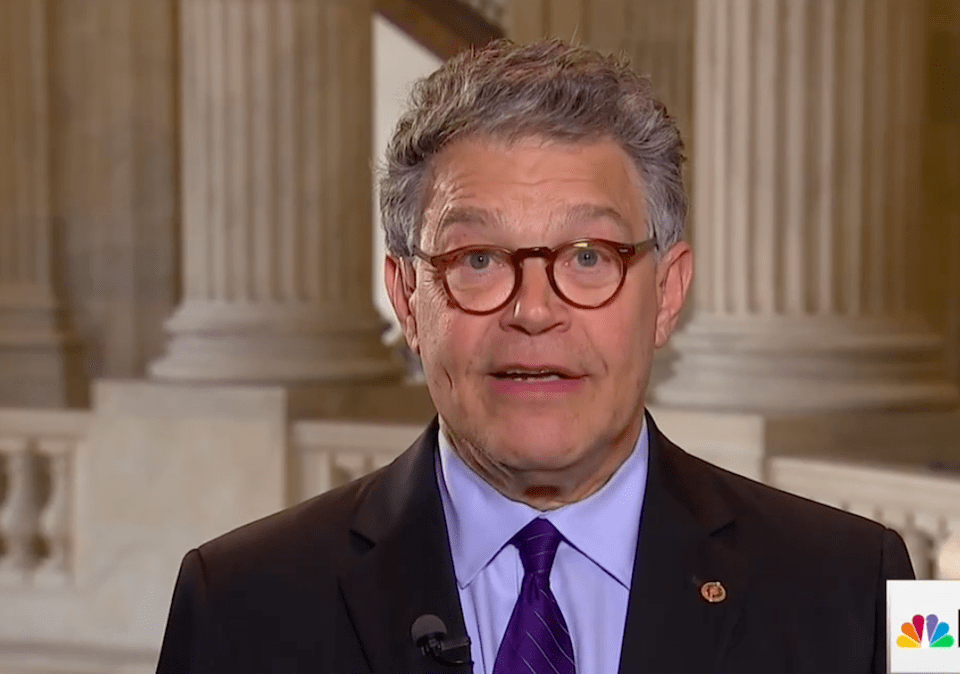 Attorney General Jeff Sessions cycled through a number of affected emotions during his testimony before the Senate Intelligence Committee, including — by his own admission — nervousness over the amount and pace of the questioning.

Which may be part of the reason why many of his answers were convoluted, or not even answers at all.

But one particular response Sessions offered received a reaction he likely was not expecting.

Sessions had been asked to appear before the committee again, after his previous testimony was revealed to have included falsehoods about his contact with Russian Ambassador Sergey Kislyak.

When those lies came to light, Sen. Al Franken (D-MN) declared that Sessions had "perjured himself" and needed to come back for further questioning.

But when the subject of Franken's earlier question and Sessions' response to it came up at the second hearing, the attorney general offered a patently absurd attempt at an excuse: Franken's question was "rambling," coming after "some six hours of testimony," and had caught him off-guard because it focused on "dramatic new allegations" from the intelligence community which he had not heard prior to the hearing.

When asked for his reaction to Sessions' excuse-making, Franken could not keep a straight face.

I don't think my question was rambling. It was pretty direct — it was a pretty direct question, which is, 'If those allegations are true, what would you do?' Meaning, would you recuse yourself? And then, he didn't answer that question — he answered his own question, which was, 'Did I meet with [laughing]  any Russians?' And he said, no, he hadn't. And that was not true, and then he didn't correct it until the Washington Post, seven weeks later, came out saying he had met with Kislyak, the Russian ambassador, twice, once at the Republican convention in Cleveland.

Then he had a press conference, and at the press conference — where he recused himself, finally — he did say that, you know, 'I should have probably slowed down and said that I had met with Ambassador Kislyak twice.' So, that means that, at that time, presumably, he remembered that he had spoken with Kislyak twice. And now his story has changed, he said he didn't recall that he met with Kislyak until he was told by the Washington Post.

Sessions' story indeed appears to be a continuously changing one, something which comes as no surprise, based on his track record.

Unfortunately, in the Trump administration, the willingness to spin ever-evolving lies is viewed as an asset, not a liability — though perhaps, not for long.