Home National Al Gore on America's Trump crisis: 'We've got to get through this'
Support progressive journalism.
Donate today 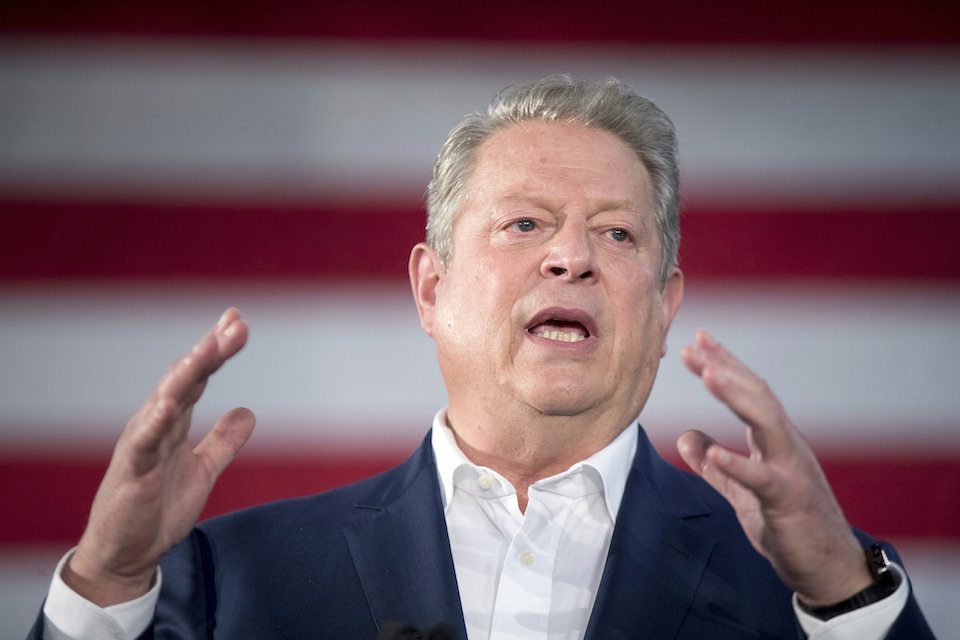 Al Gore once held out hope that Donald Trump would "come to his senses" about climate change. But no more.

Stressing that “The climate crisis is by far the most serious challenge we face,” former Vice President Al Gore on the "Today" show Monday and lamented how Donald Trump is doing great damage to that cause, and to the larger America cause.

“We’ve never had a president who’s deliberately made decisions... to tear down America’s standing in the world,” said Gore, who warned of “challenging” times ahead. “We’ve got to get through this.”

Gore’s new climate change documentary, "An Inconvenient Sequel: Truth to Power," opens July 28. The film had to be updated in June when Trump announced the United States was beginning the process to pull out of the landmark 2015 Paris climate agreement.

“Removing the United States from the Paris Agreement is a reckless and indefensible action,” Gore said at the time. “It undermines America’s standing in the world and threatens to damage humanity’s ability to solve the climate crisis in time. But make no mistake: if President Trump won’t lead, the American people will.”

Last December, Gore met with Donald and Ivanka Trump at Trump Tower to discuss the issue of climate change. At the time, Gore expressed guarded optimism. “I had a lengthy and very productive session with the president-elect. It was a sincere search for areas of common ground.”

On the "Today" show, Gore conceded to host Willie Geist, “I had hoped he’d come to his senses about the Paris agreement. But I was wrong.”

GEIST: Mr. Vice President, good to have you with us.

GEIST: I couldn't help but notice, as I was reading through your comments over the last several months, that you were open-minded the day after Donald Trump was elected president. In fact, you went to Trump Tower and met with him in December to talk about climate change. You had hope that maybe you could be helpful on that issue. This week marks six months since the Trump administration was sworn into office. How's he doing?

GORE: Well, our country's going through a challenging time for sure. We've never had a president who's deliberately made decisions the effect of which is to tear down America's standing in the world — starting with his withdrawal from the Paris agreement. The climate crisis is by far the most serious challenge we face. But he's also undermined our alliances, such as NATO, and hurt our standing in the world in many ways. So it's going to be — the months ahead will be a test for the American people. We've got to get through this.

GEIST: You sat in that room with him in December in Trump Tower. Did you feel in any way like you may have persuaded him on the issue of climate change?

GORE: Well, I've respected the privacy of the conversations I've had with the president. I will say that he was certainly attentive. They were pleasant exchanges. And I hoped that he would come to his senses on the Paris agreement, but I was wrong.

GEIST: Have you spoken to him since the withdrawal on June 1st?