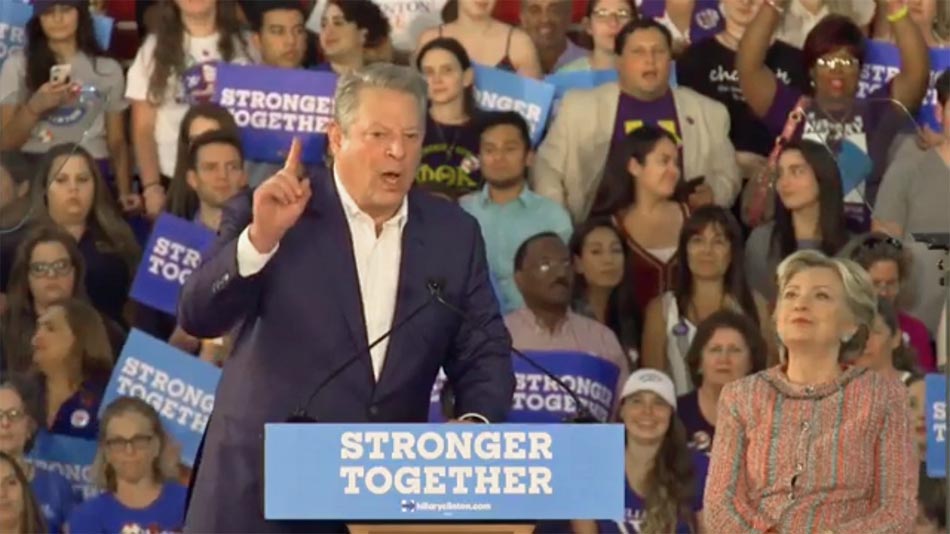 Former Vice President Al Gore hit the campaign trail with Hillary Clinton, bringing his expertise as one of the nation's foremost climate change activists, not to mention someone who knows better than anyone how much every vote counts.

In Florida, a state already feeling the effects of climate change and the site of the tumultuous battle for the presidency in 2000, Al Gore campaigned with Hillary Clinton, endorsing her climate change policy and reminding voters that, yes, their votes count.

Gore in Florida: "Your vote really, really, really counts, a lot. You can consider me as an Exhibit A of that truth" https://t.co/X6EtO59hep