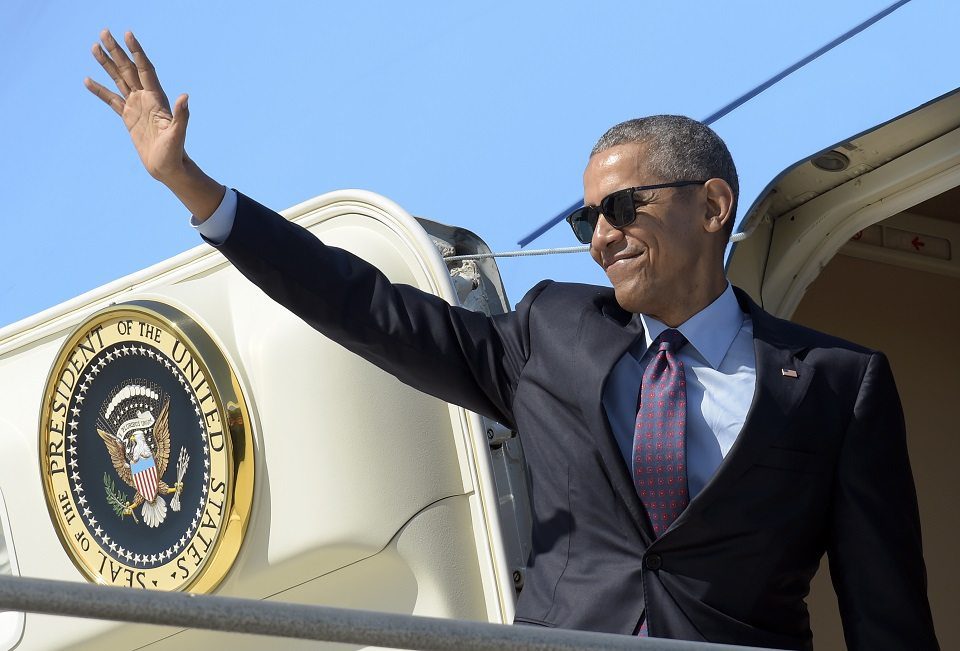 In a new poll, a majority of Americans say Donald Trump does not care about the average American, a change from when he first won the election. A reason for the drop may be found in an analysis of his first month in power, compared to President Obama: Obama did things for all people, but Trump has done little for anybody besides a very powerful few.

In Quinnipiac’s November 22 poll, 45 percent of people who responded said that Donald Trump does not care about average Americans. In that the same pollster’s February 22 poll, the percentage is now 53 percent, an increase of 8 percent.

Overall, the poll now shows only 38 percent of people approving of his presidency, which Quinnipiac notes is "his worst net score since he took office."

Americans are picking up on the fact that Trump is not focused on doing things for average people, and they are giving him low marks for doing so.

And a comparison of the first 30 days of the presidencies of Trump and Barack Obama is instructive. Both men had majorities of their parties in Congress, but a comparison of what they got done legislatively is stark: President Obama signed major laws that made positive differences in the lives of millions of Americans and billions around the world. Trump’s laws amount to a big goose egg for citizens and gifts to major polluters.

Between January 20 and February 20 of this year, these are the bills Trump has signed into law:

Between January 20 and February 20 of 2009, President Obama signed laws that expanded health care coverage, made it easier to fight for fair pay, and kickstarted the recovery of the economy.

When Trump has done something, it has come in the form of his divisive executive orders, most notably the Muslim ban that upended America’s traditionally open arms towards refugees and threw families into chaos as they were separated and detained.

And his allies in Congress, who have mostly been twiddling their thumbs, have not come up with a replacement for the Affordable Care Act (aka Obamacare) despite having 7 years to do so. Instead, they have advocated ideas that would throw the lives of millions into chaos with lost health care coverage, which has led to such contentious town halls that many Republicans are now canceling or avoiding recess appearances completely.

PELOSI: Tomorrow is February 17, you all know that, 4 weeks from the Inauguration.  Eight years ago, when President Obama was sworn in on January 20, on the steps of the Capitol, he called for swift, bold action now for jobs and education of our young people, jobs for the 21st century, and more.

One week and 1 day after the President's call to action, the House passed – 1 week and 1 day – passed the Recovery Act.  One week later, the Senate passed the Recovery Act.  On February 17, that would be tomorrow, President Obama signed a bill protecting or creating 4 million jobs, 4 weeks from his Inauguration.  In the course of that time, he also signed the Lilly Ledbetter bill, SCHIP legislation, other things.  But jobs, jobs, jobs right from the start.

This election was about jobs.  All elections are.  Show us the jobs.  Where are they?  Not one – let me just, Republicans have had time to undermine women's reproductive rights on the floor today, to enable polluters of our air, water, and environment to thrive, to serve Wall Street's profits and weaken workers' retirement and savings, but no action to create good paying jobs, no action to raise wages, no action to build infrastructure.  Republicans continue to waste time on their failing plan to dismantle America's health care as they Make America Sick Again.

Trump appears to be losing the support of those Americans who voted for him because they believed he would focus on jobs and improve their economic situation. One month in, it is clear that is not a priority for this White House.