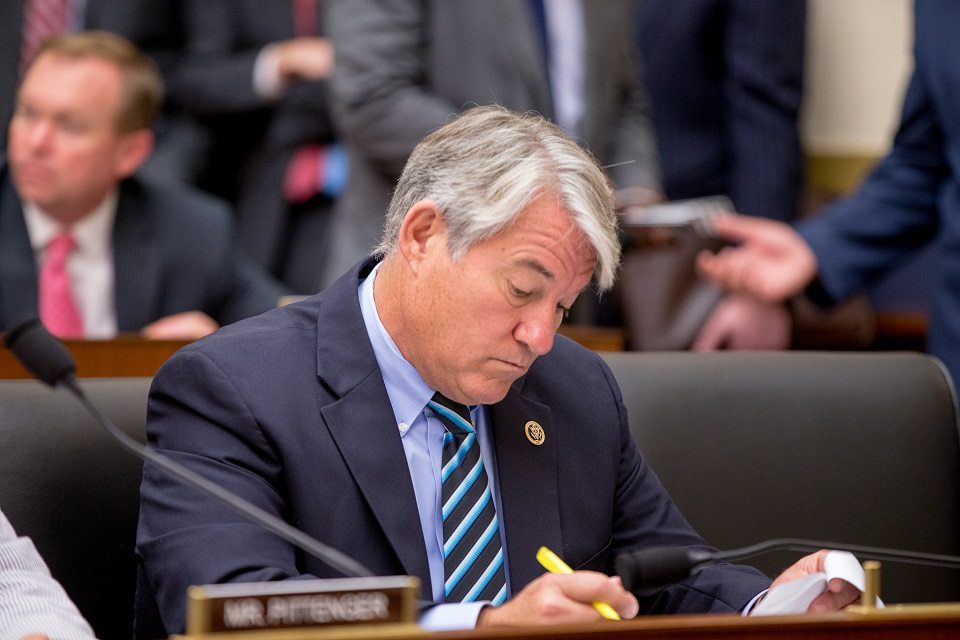 A leaked document shows the first phase of Republican plans to repeal Obamacare, and the result will be devastating for millions as their health insurance is stripped away and the ban on preexisting conditions effectively destroyed.

Politico reports that the draft legislation leaked to them of the GOP's plans to repeal and replace the Affordable Care Act "would take down the foundation of Obamacare," including the individual mandate that has funded insurance coverage for millions, and subsidies for poor people.

Republicans are already on the record affirming many of the principles in the draft plan. Representative Dennis Ross (R-FL) told Bloomberg, "Not everybody is going to have health care — some people just don’t care enough about their own care."

The draft plan, which is being prepared by House Speaker Paul Ryan (R-WI) and his team, would also significantly roll back the Medicaid expansion which has covered about 12 million people (in addition to another 10 million people via the Obamacare individual markets).

Bloomberg also reports that elements of the plan are based on Ryan’s hard-right "Better Way" principles that he has previously described as the way forward for American health care. The conservative American Enterprise Institute said Ryan’s plan would "dramatically increase the number of Americans going without health insurance."

The plan would also destroy the Affordable Care Act’s protections for people who have pre-existing conditions, instead "state innovation grants" would be provided — but these would not make up for the potentially millions who would return to the old days of being denied coverage.

Instead of subsidies based on financial need, the Republican plan would instead substitute tax credits based on age, with many left high and dry.

Senate Democratic Leader Chuck Schumer responded to the leaked document in a statement, blasting it as a "recipe for disaster."

The leaked House replacement ‘plan’ confirms what we’ve known all along: Republicans are determined to put insurance companies back in charge, make health insurance more expensive for millions of Americans, restrict women’s access to vital health services by defunding Planned Parenthood, shift costs to states and dismantle Medicaid, while kicking millions more off of their plan. And to resurrect a new Cadillac tax, despised by labor and workers – give me a break. This isn’t a replacement, it’s a recipe for disaster. It’s no wonder Republicans are getting an earful back home from constituents who want them to turn back from their dangerous plan to make America sick again. The Republicans ought to rip this plan up and drop their reckless repeal effort.

The latest Republican reconciliation bill will result in millions of Americans losing their health coverage and shorten the life of the Medicare Trust Fund.  Under the bill, as feared, millions of seniors with long-term care needs and disabled Americans on Medicaid will lose their care, and states fighting the tragedy of opioid addiction will lose one of their best tools in the fight against the epidemic claiming dozens of lives every day.

The Republican bill raises families’ costs, weakens coverage, and pushes millions of Americans off of health coverage of any kind.  Republicans’ reconciliation bill will not make America great again.  It will Make America Sick Again.  Democrats will continue to fight to ensure that every American has access to affordable health coverage.

The plan goes against many of the grandiose promises Trump has made for a "beautiful" replacement insurance system that would cover "everybody."

"We’re going to have insurance for everybody," Trump said. "There was a philosophy in some circles that if you can’t pay for it, you don’t get it. That’s not going to happen with us." People covered under the law "can expect to have great health care. It will be in a much simplified form. Much less expensive and much better."

But the draft plan shows that Trump’s health care changes as executed by his Congressional allies is going to turn out to be nothing like what he promised.

Republicans have faced a grassroots revolt as voters have become aware of their plans to repeal Obamacare and replace it with a substandard health care plan. Over 20 million people have gained coverage after Democrats passed the law without any Republican support and President Obama signed it into law in 2010. In addition to expanded coverage, the law has lowered prescription and Medicare costs for seniors, while also covering the cost of contraceptives.

As details of the draconian plan come out, it is highly likely that Republicans will face more pressure to change course and abandon their current path.