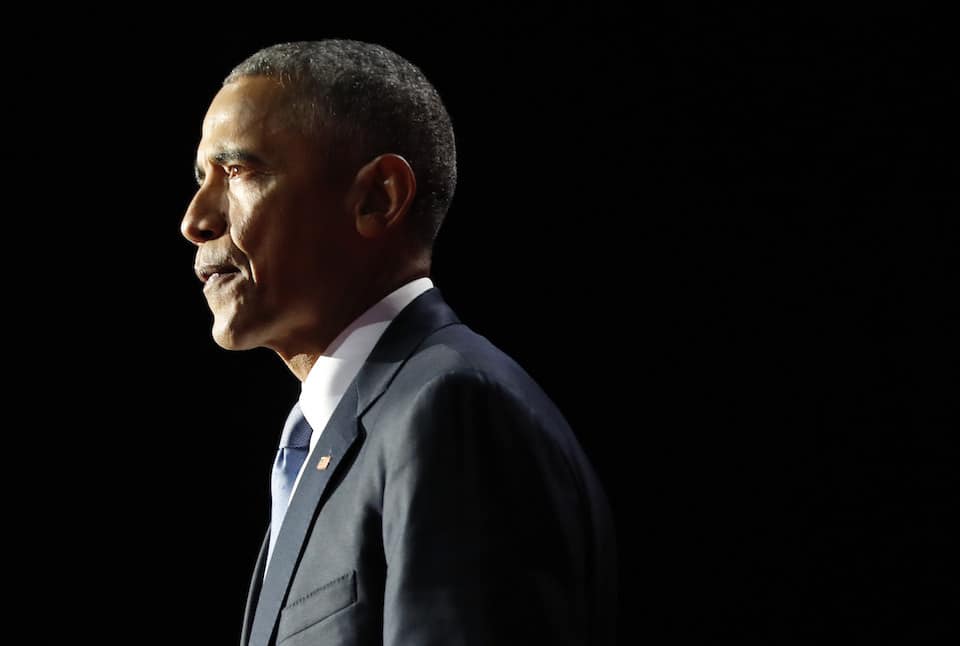 100 days after the nation’s first Black president left office, his successor, Donald Trump, has drastically turned back the clock on race relations.

One hundred days ago, the man who showed us "the hope of a skinny kid with a funny name who believes that America has a place for him, too," boarded a Marine helicopter and waved goodbye to the nation he served so honorably and honestly for 8 years. The tenure thus far of his predecessor, Donald Trump, has been a complete regression from the intellect, the work ethic, and the expansive and inclusive vision of the Obama White House.

And for African-Americans like me, Trump’s first 100 days in office have represented a 180-degree reversal in the trajectory of race relations in this country from the promise and principled leadership of the nation’s first Black president.

President Obama’s election didn’t "cure" racism or racial tensions in this country. But like President Lyndon Johnson’s leadership in signing civil and voting rights laws, despite the political consequences, and President Lincoln’s principled leadership before him, President Obama represented another bend in history’s arc toward justice for all Americans, not just a select few.

In contrast, the current leader of the rapidly less-free world that we live in launched his folly of a political career by challenging the citizenship and faith of one of the most qualified, honest, and scandal-free presidents in American history, for reasons that had nothing to do with facts or truth and everything to do with President Obama’s race. The man dubbed the "Grand Wizard of Birtherism" made up a whopper of a tall tale about the Black guy in the White House for personal self-promotion because he knew it was the kind of thing that a certain segment of the population wanted to believe.

Nevermind that at the time of President Obama’s birth, Black folks like my parents were still facing and fighting segregation and, in the words of Pulitzer Prize winner, Ta-Nehisi Coates, "laws barring his very conception—let alone his ascendancy to the presidency—had long stood in force." As someone who was born Black and Texan in the 60’s, I can state with certainty that it is absolutely ridiculous for anyone in their right mind to believe that a Manchurian Candidate-like scheme was concocted to fake the nationality of this Black baby so that he could eventually infiltrate the halls of power and become president.

But the artificial racial divisions on which this country was built, and on which the South’s feudal economy and former prosperity (for a few landowners) was dependant, run too deep to have been completely diminished by the election of a Black president. As Coates wrote in his heartbreaking, illuminating essay for the Atlantic, "My President Was Black":

A black president would always be a contradiction for a government that, throughout most of its history, had oppressed black people. The attempt to resolve this contradiction through Obama—a black man with deep roots in the white world—was remarkable. The price it exacted, incredible. The world it gave way to, unthinkable.

Through birther claims, race-baiting, overt appeals to white supremacist groups and ideologies, and sanction of a return to discriminatory policies as campaign promises, Trump ripped the scab from America’s racial wound before it could meaningfully heal. He purposefully and effectively launched himself into the White House on an "us vs. them" play to the fears and paranoias of a segment of our citizenry, a tactic that rings of Reconstruction. He equated economic security to ridding the nation of nonwhites — flattering his base with the notion that they were the only "real Americans," regardless of the real American heritage of nonwhites like me, and regardless of the fact that many of them, like Trump, were the children of recent immigrants.

Trump evoked a return to the "good old days" of white male hegemony and sense of control within the world, whether or not that world was actually "good" or prosperous, and regardless of whose rights and liberties had to be denied to perpetuate the illusion and allow certain hands to hog the cookie jar.

And 100 days after he stood on the steps of the U.S. Capitol and took the oath of office, he continues to pour salt on the open wound. Rather than leading the country out of its fears and prejudices, he has validated and embedded them even deeper into the nation’s DNA. Rather than helping his supporters understand that nonwhites are not the root cause of their economic and other woes, and that racism is actually bad for business and their best interests, he chooses to keep their minds small, and our economic and civic prosperity limited to his family and the small cadre of multimillionaires and wannabes that surround him.

"Change," "shaking things up" in Washington, and economic opportunity are not mutually exclusive of a commitment to civil rights and tolerance. They actually complement each other and do not have to be implemented at the expense of Black and brown people. The rhetoric from both the right and the left regarding "identity politics" is superficial and misleading — it is not acceptable, or necessary, to tolerate racism and discrimination because jobs or other issues are "more important." But Trump took advantage of citizens' fears and insecurities to perpetuate these false narratives as widely as his false claims of winning the popular vote and having a larger audience at his inauguration than President Obama.

He told the American people not to believe their lying eyes, and enough of them acquiesced to propel him into the highest office in the land.

And now that he is there, he has been no less of a disaster. As reported by the Southern Poverty Law Center:

In his first 100 days, despite his failure to achieve any major legislative victories, Trump has not disappointed his alt-right followers. His actions suggest that – unlike the economic populism of his campaign – Trump’s appeals to the radical right did indeed presage his White House agenda.

Trump has surrounded himself with a bevy of far-right extremists as advisers in the White House, from Steve Bannon to Stephen Miller. Despite the overwhelming pleas of people with firsthand knowledge of his record, and evidence of his anti-civil rights advocacy and support for the suppression of African-American voter rights, among other extreme policies, Trump appointed Jeff Sessions as the nation's chief arbiter of justice in this country. He has abandoned prior administrations' efforts to address civil rights, voting rights, and criminal justice reform efforts, including prior bipartisan commitments to prison reform.

And to deflect from his countless failures over the past 100 days — not to mention his administration's extensive ties to Russia and his impeachment-worthy level of financial conflicts of interest — his fall-to strategy is to blame a Black person. He slandered the sterling reputation and integrity of former National Security Advisor, Susan Rice, by claiming she targeted Trump campaign officials for "unmasking," which was revealed to be a lie. He claimed President Obama wiretapped him, which proved to be a lie. He has blamed President Obama for so many of his deeds and misdeeds, that it would be laughable, if his hold on the minds of so many Americans (and his hold on the reins of power in our nation's highest office) was not so disturbingly significant. President Obama has become our current do-nothing, say-everything president's dog-eaten homework.

African-Americans see that for what it is: Not some benign grab at the most convenient excuse Trump can think of to cover his failures and mistakes, but a blatant dog-whistle. It is a continuation of the Black/brown blame game that permeates everything Trump does and says. And it is the embodiment of his politics of fear and loathing.

He received praise from some outlets this week for remarks he made at the United States Holocaust Memorial Museum speech, in which he stated, "This is my pledge to you: We will confront anti-Semitism. We will stamp out prejudice, we will condemn hatred, we will bear witness and we will act."

However, the president should not receive a pat on the back for essentially saying what he is supposed to say, and which empty words he has failed to infuse with commitment or action on any level during his first 100 days in office. In fact his 100 days in office have been marked by an overwhelming onslaught of hate-based incidents throughout the country, a trend his incendiary rhetoric and policies validated and helped to unleash in such significant levels. And just this week, a Florida elementary school principal recommended segregating black and white students, and a judge approved a white Alabama community's efforts to secede from their school district, despite chastising the openly discriminatory and race-based intentions of the proponents of the effort.

This is the America that Donald Trump has wrought.

Trump has not earned, and will not receive, too many pats on the back from African-Americans like me. For the overwhelming majority of my community, we feel his first 100 days in office deserve an "F."