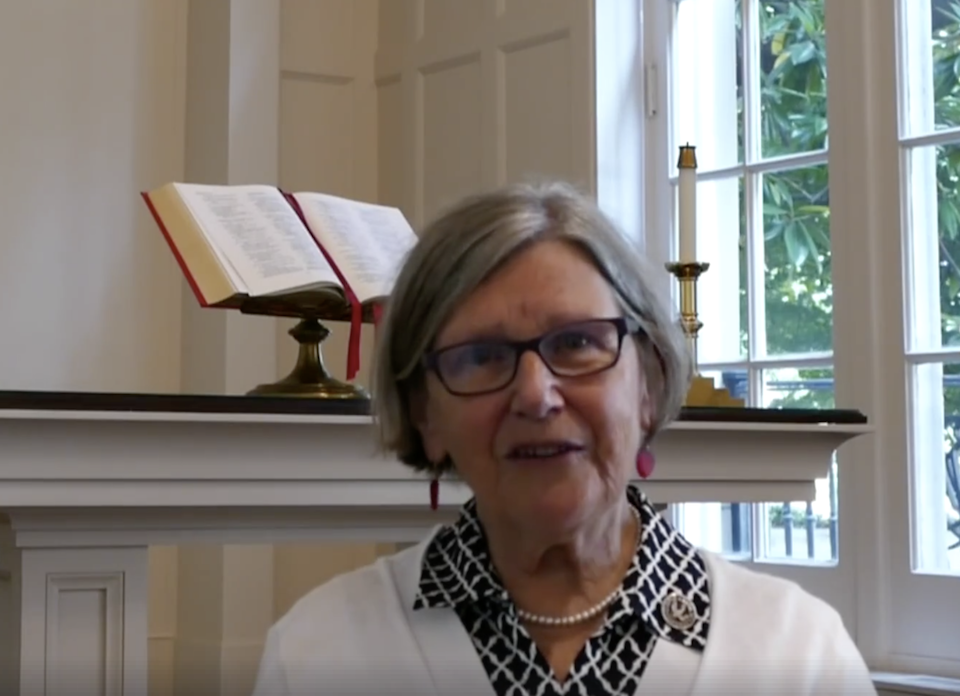 Steve Bannon's churlish claim that the Catholic Church is only helping immigrants in order to "fill the churches" draws a stinging rebuke from one of America's most beloved nuns.

Attacking the Catholic Church for its unwavering support of undocumented immigrants by claiming the church is only interested in filling its pews with new parishioners, former Trump strategist Steve Bannon got a public scolding from a noted nun on Twitter Thursday afternoon.

“It seems to me that Mr. Bannon has forgotten that he is the son of immigrants and forgotten the teachings of his Church,” responded Sister Simone Campbell in a long, pointed Twitter thread. “There is power in faith and community, with all of us working together to support the common good. Mr. Bannon, on the other hand, seems to be caught in fear, division, and hatred.”

Campbell is executive director of the social justice advocacy group Network, which sponsors the popular Nuns on the Bus activist tours.

Bannon leveled the baseless attack during an interview with CBS’s “60 Minutes,” which will air on Sunday. He responded by host Charlie Rose’s point that the Catholic Church unloaded on Donald Trump when he announced that 800,000 young, undocumented immigrants, or Dreamers, might soon be deported.

The U.S. Conference of Catholic Bishops called the decision “reprehensible” in a scorching public denunciation of Trump’s move.

“Today's actions represent a heartbreaking moment in our history that shows the absence of mercy and good will, and a short-sighted vision for the future," the bishops said in a statement.

Campbell stressed, “People of faith support Dreamers & families because of this greatest commandment... it is not, as Mr. Bannon puts it, economic interest.”

Bannon’s claim that the Catholic Church is suddenly courting immigrants, and undocumented immigrants, for economic reasons is pure nonsense. If Bannon were familiar with Catholic doctrine, he’d know the church has been embracing immigrants for generations, and codified the principles via the encyclical Rerum Novarum (“On the Condition of Labor”) in 1891.

“Rerum Novarum commented on the situation of immigrants; in later documents, popes and bishops' conferences have synthesized the Catholic theological tradition to articulate three basic principles on immigration,” according to the U.S. Conference of Catholic Bishops.

Bannon should go back to Catechism of the Catholic Church and learn more about the time-honored teachings before claiming the bishops’ embrace of immigrants is simply to “fill the churches.”