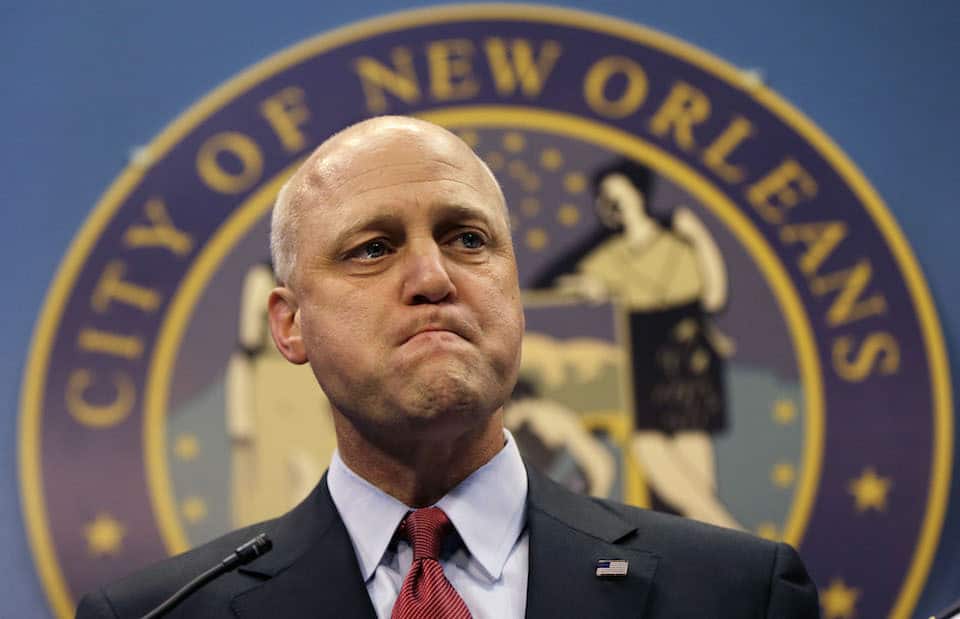 Republicans have fought to keep up statues in New Orleans "honoring" Confederate generals and other 19th-century white supremacists. Now, in a victory for basic decency, mayor Mitch Landrieu is finally removing them.

On Monday, New Orleans Mayor Mitch Landrieu made a major announcement: Four prominent monuments around the city honoring white supremacists will be torn down over the next few days.

The monuments include statues of Confederate Generals Robert E. Lee and P. G. T. Beauregard, Confederate President Jefferson Davis, and, perhaps most repulsive, an obelisk known as the Liberty Monument, which commemorated a violent, failed coup against the biracial Reconstruction government in New Orleans by the Crescent City White League.

According to the 1932 inscription on the Liberty Monument, the Crescent City White League fought for the "overthrow of the carpetbag government" and forced the North to recognize "white supremacy in the South," although the inscription was changed in 1993 to say it honors "Americans on both sides."

Landrieu referred to this monument as "the most offensive of the four," and it was the first one to be torn down this week.

Removing these monuments should be a no-brainer: The population of New Orleans is predominantly African-American, and it is perverse that they should have to live and work next to statues glorifying people who advocated the right to own their ancestors as property.

It is also strange, culturally speaking, that so many people in America are keen to honor the "heritage" and "sacrifice" of people who committed treason and murdered U.S. troops, in defense of a system almost universally considered one of the greatest atrocities in U.S. history.

The mere fact that Confederate soldiers sacrificed themselves for a sincere belief does not somehow excuse the heinousness of the cause for which they were fighting. Even Robert E. Lee himself did not consider his legacy worth honoring in his later years.

In fact, this ought to have been settled much earlier, because the city council voted to get rid of the monuments two years ago. But as with so many other Confederate monuments which have been removed throughout the South in recent years, Republicans fought tooth and nail to keep them standing.

One of the biggest foes of removing the New Orleans monuments was former Louisiana Governor Bobby Jindal, whose spokesman released this statement immediately after the 2015 council vote:

Governor Jindal opposes the tearing down of these historical statues and he has instructed his staff to look into the Heritage Act to determine the legal authority he has as Governor to stop it.

Ultimately, Jindal had no authority to override the city council, but several pro-Confederate societies tied up the removal by burying the city of New Orleans in federal lawsuits, frivolously claiming that New Orleans did not own the land.

Even now that all the litigation has been resolved, people are holding vigils against the removals and making death threats against city workers. For safety reasons, the Liberty Monument was torn down before sunrise, when fewer people were on the streets, and the workers wore bulletproof vests.

But despite all the tension, the mayor is refusing to back down, and is finally executing the decision of the city council.

The Right has fought a long and ugly battle to keep Southern cities dotted with Civil War propaganda, deifying people who tore apart our nation over slavery and white supremacy. But New Orleans is standing up for human decency and recognizing that, while we must remember the dark chapters of our history, we have no obligation to pretend we are proud of them.