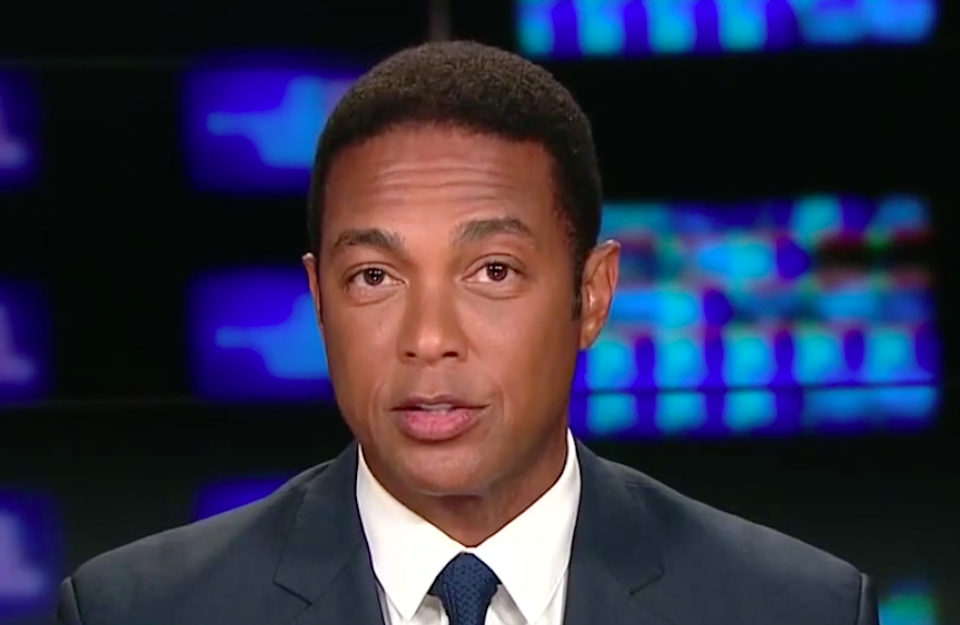 "I think it was an awful moment for the person who is supposed to represent the highest office of the land."

On Tuesday, Donald Trump finally let loose all the ugliness and hatred he had obviously been keeping bottled up since the start of the white supremacist riots in Charlottesville, Virginia.

Despite the statement he was forced to read from a teleprompter only the day before, Trump revealed his true feelings and loyalty in a shocking and horrifying press conference that left people around the country, including many in the media, stunned and saddened.

CNN anchor Don Lemon was among them.

Lemon clearly found the words to say, though, and delivered a raw and powerful condemnation of Trump's horrific performance:

This is this is a sad moment for the country. And I think it was an awful moment for the person who is supposed to represent the highest office of the land. I mean, there today you saw the real Donald Trump, proving all of his critics right in that moment. Everyone was sitting there watching, saying, "Here we go, his true colors are coming out."

Lemon went on to explain the difference between the white supremacists and the anti-racists who were protesting them. One group, he said, "is a Nazi, white supremacist group" that wants to "extinguish people who look like me and who look like you, Wolf: Jewish people, Black people, even women — they don’t think that we’re equal to them."

The other group, Lemon said, was "protesting hate in America."

That's a distinction Trump has stubbornly refused to acknowledge.

Lemon then gave Trump a righteous history lesson, saying he "doesn't seem to be very aware of the history of this country." He blasted Trump, and others, who insist on honoring America's traitors, with statues and schools and roads named after them.

Can you imagine having to go to a school that has the name of your oppressor on it? Or walking into a building and seeing a Confederate flag or a Confederate flag hanging at a government building? Imagine if you’re a Jewish person in Germany and you had to go to Hitler High School or Goebbels Elementary School or Middle School. That would be completely offensive to you on the deepest level.

Germany, of course, has a very different way of reconciling with its ugly history. Rather than propping up memorials and statues to those who brought death and destruction to the country and to the world, Germany forbids Nazi flags, symbols, and salutes.

One drunken American tourist learned that the hard way, recently, when he was assaulted and investigated for raising his arm in a Nazi salute.

America, however, has yet to learn how to redeem itself for its most grievous sin, as the debate continues even today about whether to honor the nation's traitors.

That debate was further fueled by the president of the United States on Tuesday, which Lemon rightfully called "insulting."

Trump certainly should be ashamed of himself. He attacked the press for refusing to praise his wholly inadequate statement on Saturday. He attacked George Washington and Thomas Jefferson. He attacked Sen. John McCain for voting against his bill to repeal Obamacare. He attacked "the left," whom he accused of "violently attacking" the Nazis and white supremacists in Charlottesville.

And he defended the rioters who went to Charlottesville to protest the removal of what Trump called "a very, very important statue" — a statue of Robert E. Lee, a general of the Confederate Army.

And for his hateful words, Trump was thanked by neo-Nazi Richard Spencer and former KKK wizard David Duke. They understood his message, loud and clear.

Trump proved beyond any possible doubt that his sympathies and loyalties lie with the hateful rioters and not with their victims. Even when he mentioned the young woman who was murdered, he did so not to express his condolences to her family but to brag that her mother had thanked him on Twitter for acknowledging her daughter's tragic death.

Perhaps it is only a coincidence that the Lincoln Memorial — that great marble monument to the president who ended slavery and saved the union from the traitorous Confederates who sought to destroy it — was vandalized overnight.

Or perhaps it is just another terrifying sign of what Trump's America has so quickly become.