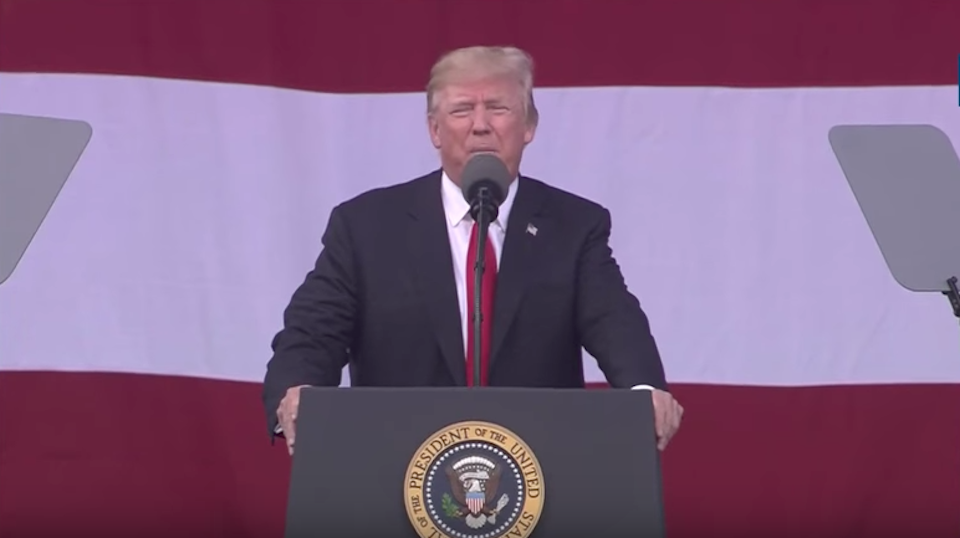 Trump trampled an American tradition by giving a creepy, ego-stroking speech to the Boy Scouts. Now angry parents are demanding an apology from the group — or else.

By tradition, U.S. presidents are invited to address the boyhood gathering. But obviously none have used that occasion to wallow in ego-stroking and score-settling the way Trump did.

During his unseemly 35-minute speech, Trump attacked former President Barack Obama (whom many Boy Scouts booed), mocked Hillary Clinton, and threatened to fire Human Services Secretary Tom Price if he doesn’t deliver votes for the Republican Party’s health care bill. He also railed against “fake news” and all the “dishonest people” in the media.

In response, the Boy Scouts of America released a bland statement about how it remains a “wholly non-partisan” organization. Not surprisingly, that slight response has done nothing to quell the massive blowback the organization now faces. As of Tuesday morning, #BoyScoutSpeech was still trending on Twitter.

The condemnations aren’t just coming from partisan Trump critics, but from former scouts and parents of current scouts:

My son is 2nd generation Scout, hoping to be Eagle but if @bsachief cannot do the right thing we will find leadership opp's 4 him elsewhere

On the Boy Scouts of America’s Facebook page, irate parents and alumni are sounding off and demanding a formal apology from the group:

Eric Gruendl Today I grieve for my Boy Scout upbringing and time as a volunteer leader.

Jessie Bells I can no longer allow my sons to be in BS. What do you teach them that they think it okay to boo a former President?

Beth Mitchell Huntsberry The BSA should immediately lose their tax exempt status. I will no longer be associated with the organization. My time and money will go elsewhere.

Mike Ard Denounce Trump's speech or my son is done.

Anne Jones I am a former Cub Scout den mother, as well as the grandmother of a Boy Scout. I am appalled that the BSA has not apologized for the despicable behavior of Trump and the young men cheering him on.

Michael Christopher Stafford My son and I, along with others I am sure, will be dropping out of Scouts due to supporting behavior that is contrary to the following Mission Statement.

Jude Nevans Cleaver My scouting pride ended tonight, as did my son's affiliation with scouting.

Jason VanBlarcum I'm embarrassed that I was part of an organization that participated in the propagandized rhetoric of this political administration. What happened to teaching courtesy, integrity, and responsibility...

Patrick Enders I proudly attended the 1985 Jamboree, but I will not allow my son to join an organization which remains silent about Donald's atrocious speech to the Scouts yesterday.

Rep. Sheila Jackson Lee (D-TX), also the parent of a Boy Scout, expressed her outrage on the floor of the House:

Trump's disgusting and disrespectful speech is another reminder that he diminishes all that he touches. Even the Boy Scouts.