Home National Anti-science congressman wants science to matter — but only when corporations use...
Progressive journalism is under attack. Please help us fight back!
DONATE 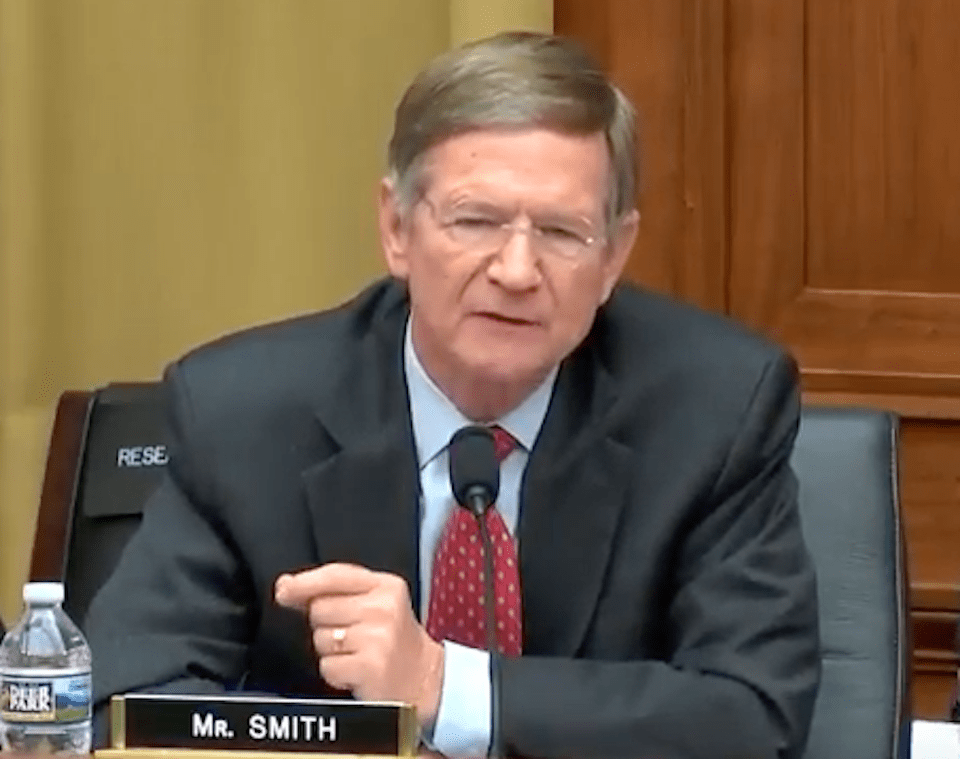 Screenshot via YouTube
Get The American Independent in your inbox

Congressman Lamar Smith (R-TX) is sponsoring a bill to let corporations sue the Environmental Protection Agency for effectively any reason, even as he has championed legislation to stop consumers filing lawsuits against big business.

It would be hard to find a more anti-science congressman than Republican Lamar Smith of Texas.

Despite having no science degree, Republicans made him chairman of the House Committee on Science, Space, and Technology, where he has used Breitbart articles to deny man-made climate change, attacked peer-reviewed science journals, subpoenaed government scientists for no reason, and gave the keynote speech at a climate denial organization funded by the Koch brothers.

To hear it from him, he simply wants scientists to be more "transparent" about their work. Smith recently laid out his vision on the House floor for the relationship between scientists and federal regulators:

The days of "trust-me" science are over. In our modern information age, federal regulations should be based only on data that is available for every American to see and that can be subjected to independent review. That's called the scientific method.

This was Smith's pitch for his own EPA "reform" bill, the HONEST Act, which was quickly approved by his committee. The HONEST Act would ban the EPA from writing regulations unless it can show the scientific study justifying the regulation is the "best available science," is "reproducible," and that all of the study's data are public.

The problem is that because the bill's definition of "best available science" and "reproducible" are incredibly vague, and because the EPA cannot legally release some kinds of data it uses — like private medical records from public health studies — this bill would effectively give corporations the right to sue the EPA to stop any regulation they want. They just have to claim the science is not transparent enough or not the "best available," and the burden of proof is on the EPA to show otherwise.

In 2015, the Congressional Budget Office estimated it would cost the EPA $250 million per year to enforce rules like this, but Smith's bill only allocates $1 million. The EPA would likely have to burn through much of its budget to comply with this law and defend against the mountain of frivolous lawsuits from corporations that want more freedom to pollute.

The biggest irony is that Smith claims to be a champion of tort reform and the elimination of so-called lawsuit abuse. Smith also sits on the House Judiciary Committee, where he enthusiastically rubber-stamped a series of bills limiting the right of ordinary Americans to sue big business.

This year, Smith introduced the Lawsuit Abuse Reduction Act, which would make it mandatory for federal judges to fine or sanction lawyers if their client's case is found frivolous, even if the case was already withdrawn. This could make lawyers less willing to take consumer or civil rights cases with novel legal reasoning.

Smith also voted for the Fairness in Class Action Litigation and Furthering Asbestos Claim Transparency Act. This bill makes it harder to join class action lawsuits, by requiring each member to have "the same type and scope of injury" as the original plaintiff. In other words, if you were injured by a defective product, you cannot join a class action against the manufacturer unless you were injured as much as the first person who sued. For good measure, this bill also makes it harder for people sickened by asbestos exposure to file claims.

The bottom line is that Smith is employing an outrageous double standard on litigation rights. He would let corporations sue the EPA at will, regardless of merit, but also wants it to be as hard as possible for consumers sickened, injured, or cheated by corporate malpractice to bring a case. Under Smith's proposals, lawsuits are fine — but only when they are against clean air and water, not against a bank that wrongly foreclosed on you or a car manufacturer that gave you defective brakes.

Smith's twisted priorities stand to distort the justice system and hurt millions of people. His visions for both science and law must be stopped.