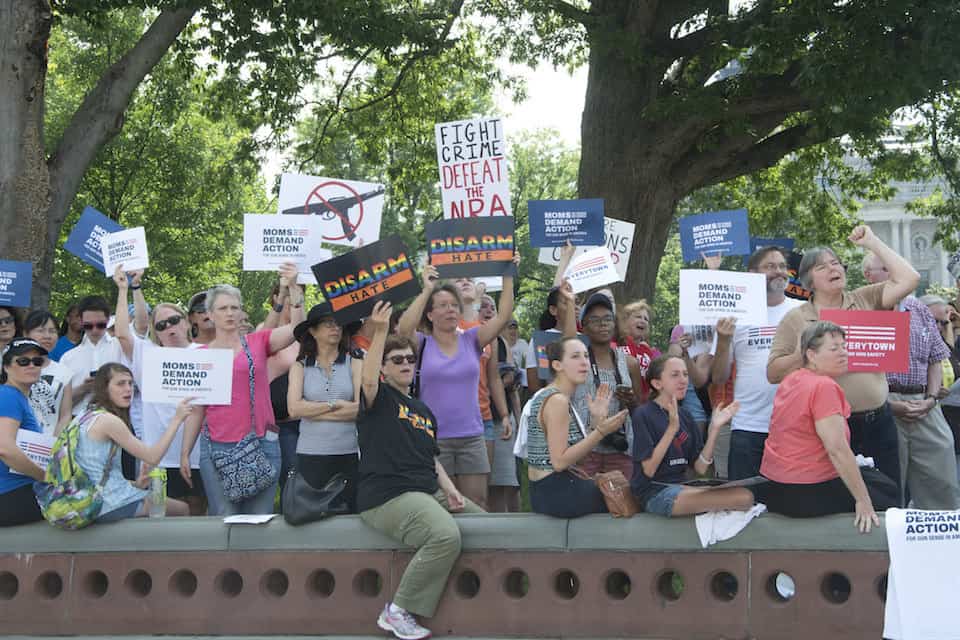 Patsy Lynch/MediaPunch/IPX
Get The American Independent in your inbox

We always debate religious and political affiliation in the wake of these events. But one enormous and tragic corollary has been consistently ignored.

One would think, listening to the devastated fallout of a nation looking in a thousand directions to make sense of our specifically American brand of massacre, that the clearest determinant of this behavior was political or religious affiliation.

But in the predictably horrible rhetorical aftermath of the Virginia shooting this week, in which Rep. Steve Scalise and four others were injured, I noticed a slew of tweets and headlines I — along with a lot of other women — have been waiting to see for a long time.

"If it sounds familiar that a gunman in a mass shooting would have a history of domestic violence, it should." https://t.co/QmPFUKKYcU

Muslim communities hold their breath until it’s clear the shooter of the week wasn’t Muslim. Then they wouldn’t have to denounce the act of a single person on behalf of all Muslims in the particular xenophobic display America requires them and no one else to perform.

When it was clear the would-be murderer in Virginia called himself a liberal, Democrats knew that his political affiliation would be the one fact reported over and over to explain his actions.

But there is, in fact, a common thread running through the men who commit these kinds of acts, from Virginia to Orlando, with a sickening number of stops in between.

Domestic abuse is a violent grasping at complete power over another individual, a need to make someone understand they are weaker, to inflict injury on another human, to inspire fear when one feels they aren’t afforded respect. The same impulses drive mass shootings.

There were 156 mass shootings between 2009 and 2016, and 54 percent of them were related to domestic violence. And even among those that aren’t — like Virginia’s this week — the perpetrator almost always has a prior conviction for domestic violence.

Yet the correlation is almost completely absent from the debate. We argue religion, politics, mental health. We argue availability of weapons and magazines, gun free zones, and open carry laws.

It’s a familiar refrain in American culture: If injury to women is involved, we are depressingly slow to notice. Literally. Doctors are less likely to take women’s pain levels seriously. Women are still routinely underrepresented in drug and medical research.

But this one seems to be finally breaking through. The men who go on to pick up weapons and terrorize Americans have more often than not terrorized the women in their lives already.

It’s time we included them in this terrible American story.