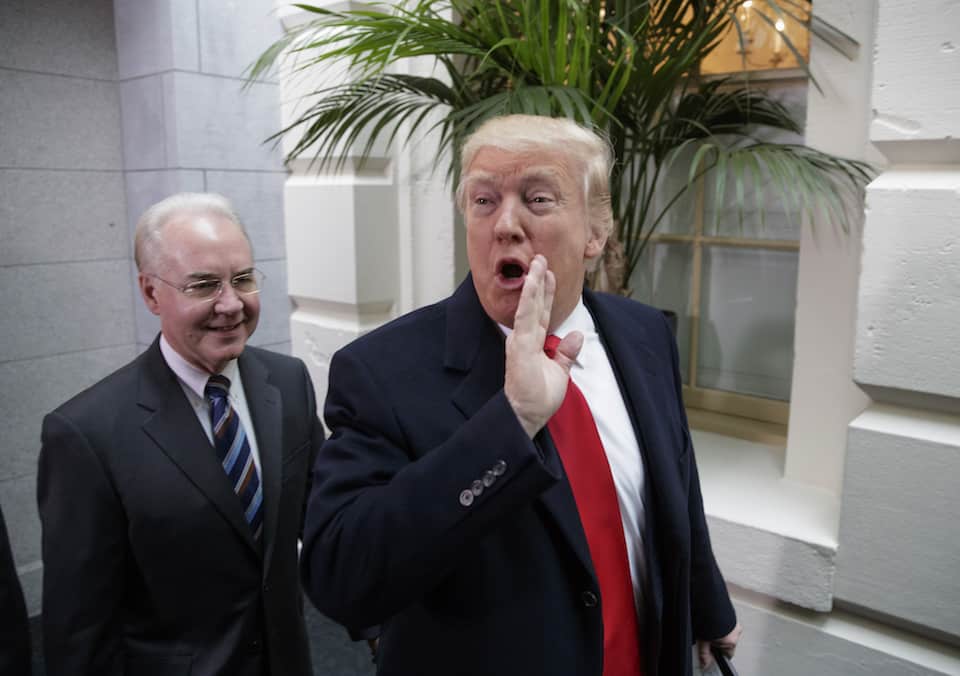 Donald Trump's White House has done a truly abysmal job of selling the Republican plan to repeal Obamacare, and self-professed dealmaker Trump has seen support for the bill slip even further among lawmakers since he began "helping" in that effort.

The Republican plan to repeal Obamacare has been a miserable failure with the public, and a public relations disaster for Republicans. But even among Republican lawmakers who have long dreamed of kicking Americans off health care, the plan cannot make any headway.

Speaker of the House Paul Ryan (R-WI) has scheduled a Thursday vote on the Republican plan to repeal Obamacare, and last week, he began to get "help" from the self-professed "Dealmaker"-in-Chief, Donald Trump. But after several meetings between Congressional Republicans and Trump, and some desperate tweaks to the bill, the plan is now further from passage than it was when Trump began his failed charm offensive.

As of March 16, the day before Trump's first meeting with lawmakers in support of the plan, FiveThirtyEight.com put the number of possible Republican "no" votes at 16. On the eve of the vote, and after "persuasion" by Trump, CNN puts that total at 26, and The Hill's whip count shows 31 House members voting or leaning "no."

Aside from Trump's lousy sales job, Republicans are facing pressure from constituents — pressure which is effectively summed up by this powerful, wordless ad from the Democratic Senatorial Campaign Committee (DSCC):

What will the Republican health care plan cost you? #FightWealthcare pic.twitter.com/TPYUrXWVEY

The DSCC slammed the Republican plan in an email statement accompanying the ad:

The Wealthcare Plan would do three things: put big insurance companies ahead of Americans’ healthcare, cause seniors and working people to pay more for less care, and make it tougher for middle class families to do something as basic as seeing their doctor,” said DSCC Chairman and U.S. Senator Chris Van Hollen. “Their proposal is a clear and telling demonstration of how Republicans are once again pushing an agenda to benefit the rich and powerful, not working Americans.   We are proud to stand with voters who are speaking out and fighting back against Wealthcare, and we will make sure that every single Republican Senate candidate running in Pennsylvania is held accountable for their party’s toxic anti-healthcare agenda.

Trump is applying a heavy hand to Republican lawmakers in his effort to force this plan through, which only raises the stakes for him if and when this bill fails. Even if the GOP manages to squeak it through the House, though, it will face an insurmountable obstacle in the Senate.

And after all is said and done, the American people who will decide which of these lawmakers get to keep their jobs, and they have already been quite clear that they do not want their health care destroyed.