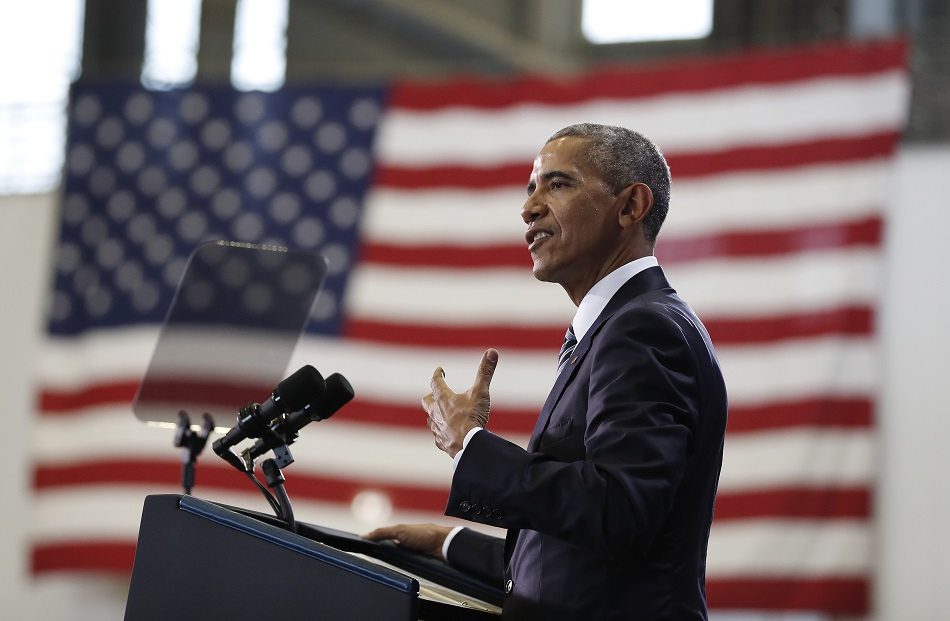 The U.S. wealth gap between Blacks and whites is cavernous, and expanding, at every level of education and socio-economic status. Those who criticize President Obama for accepting the same speaking fees as every other modern U.S. president, would do well to remember that reality.

Former President Barack Obama recently accepted a $400,000 speaking fee to appear at a fall conference, sponsored by investment firm Cantor Fitzgerald, on the topic of health care. And immediately, a bipartisan Greek chorus began to sling arrows and chant their disapproval and distaste. Aaron Blake at The Washington Post provided a list of reasons "why it’s a bad idea."

Obama's situation is not the same as Clinton's, in that he cannot run for president again. So taking Wall Street's money, at this point, won't directly affect official U.S. policy that Obama will pursue in the future. Nor is there any rule prohibiting him from receiving the money.

But that doesn't mean the arrangement isn't problematic — especially these days and especially for Obama and his party. Below are a few reasons Obama may want to rethink his decision.

This analysis and the criticisms that have been waged against President Obama are short-sighted, superficial, and patronizing — not to mention ripe with double standards and exceptions. With all due respect to the esteemed editorial and journalistic staff at the Washington Post, who have been doing great work, there is still a blind spot among both journalists and politicians who write and speak about matters in which they have no actual work experience or expertise.

While acknowledging that President Obama no longer holding office invalidates their objections, the Post and others still argue that he is setting a dubious precedent by accepting this invitation. It is ironic, particularly to Black Americans, that President Obama is the only president held to a standard that requires him to refuse speaking engagements from commercial institutions, shun speaking fees above a certain "tasteful" amount, and only agree to speak to "worthy causes" defined by other — likely white — people.

And, technically, he cannot set a precedent, dubious or otherwise, that has already been set in stone for decades by his predecessors. Even the language — that the President Obama has been "lured" by "distasteful" Wall Street money — is offensive, misleading, and reflective more of the biases and cluelessness of the critics than the ethics of our first Black president.

When organizations pay luminaries to speak on topics, particularly ones who are no longer in office, it is very different from the sort of lobbying to curry favor from persons in a position to create or vote on potential legislation. As a veteran of corporate America, I can say from experience that, though snagging a former president to provide a speech at an event grants your organization a certain level of prestige by association, it is very different from lobbying or placing senior members of your organization in seats of governmental power. And it is an extremely common practice.

A prominent corporate speaker, in commenting on why "critics are wrong" about the former president’s acceptance of speaking engagements, noted:

Corporations do not hire speakers ― political or otherwise ― with the expectation that the speaker is "selling their soul." Corporations hire speakers to teach, inspire, and share knowledge and insight ― perhaps even providing a call to action. Corporations hire us to tell them the truth ― to talk about tough topics, to speak "inconvenient truths," to broach sensitive issues. They listen to us because they value our perspective.

Most importantly, corporate clients listen to us precisely because they are paying us. It’s the psychology of perceived value: the more a client pays for something, the more they value what they’re buying. The higher the speaker’s fee, the more the audience values what the speaker says.

Obama knows how to be an effective change agent. He is meeting Wall Street folks where they live. He can be far more effective in getting his messages to powerful corporate groups by going inside and meeting them on their turf – rather than standing outside those corporations and scolding, shaming, or haranguing them to change their ways.

While the power of outside activism is also crucial to progressive change, it is necessary to remember that it is not the only legitimate avenue.

And given the current upheaval in health care policy, with the House of Representatives’ recklessly slapped-together gut of Obamacare in favor of tax cuts for the wealthy, it is not unheard of that investors and companies interested in the impact of such actions on America’s health care system might want to hear from the namesake of the GOP's target.

Suggestions that President Obama is callously "cashing in" and comparisons to employees who have to refrain from lobbying for a short amount of time after they leave public service are unfair and completely irrelevant. He is not going behind closed doors to win influence and campaign donations, and he is no longer in elected office. But these double standard-laden criticisms continue to be waged against the most scandal-free, transparent administration in recent memory, because it makes an easy sound bite or stump speech.

As emotionally argued by a former adviser to President Obama:

Obama was the most transparent president ever, setting historic standards of disclosure, which are being thrown out the window today. After a life in public service, President Obama is now a private citizen, and he’s dedicating his work to elevating a new generation of political leaders just as Sen. Kennedy did before him...No speaking fee will change the tone, beliefs or knowledge of a man who, more than anyone in public life, not only speaks truth to power but follows it up with real action.

It is a discredit to one of the most honest politicians most of us will ever see to disrespect him in this manner. And those who claim that he has some duty above and beyond his predecessors to shun corporate speaking fees to distance the Democratic Party from Wall Street are equally dubious. After a lifetime spent in public service, this African-American son of a single mother, who grew up without any resources other than the love of his family, his intelligence, and expansive curiosity and compassion for the world around him, deserves far more esteem than that. Especially considering the fact that he is still devoted to a nation that allowed a boorish brat of a man who bathes himself in graft and ineptitude to lay waste to President Obama’s legacy and the future of our environment and our citizenry.

The Post refers to passages in President Obama’s book, "The Audacity of Hope," which discuss the "corrupting" influence of spending time among moneyed influencers rather than "the people." But though they acknowledge that he was talking about the subject in the context of political fundraising and campaigning for public office, they go on to criticize him as if the caveats do not exist.

Underlying all of these arguments is a paternalistic condescension for the Black guy who fails to exceed the standards applied to his white peers by a wide margin. And there is a complete lack of respect or recognition of President Obama’s deep-seeded altruism or possible plans for the future. I personally do not care in the least how much money he makes or what he does with it, because he has earned it. And given his history and the integrity and commitment to public service which have defined his life, his ambitions are surely broader and deeper than observers seem to believe. In fact, during his recent trip to Chicago, President Obama noted that he and former First Lady Michelle Obama plan to personally donate $2 million towards a summer jobs program for Chicago youths.

As an important point of comparison, billionaire business magnate Warren Buffett is regularly and widely lauded for his philanthropy and generosity. Criticism of Buffett and his business empire, though it exists, is muted and virtually nonexistent compared to that directed at President Obama’s $400,000 speaking fee. Politico acknowledged that "[m]ost Democrats hesitate to publicly criticize Buffett," likely because of his progressive political leanings and public statements and contributions that bolster liberal causes and worthy charitable endeavors. That immense impact seems to shelter him from the sort of criticism President Obama has received, despite the fact that Buffett earns his wealth from managing a vast corporate enterprise, not from speaking about issues and outside expertise to a corporate enterprise.

The public, press, and many politicians have high expectations and demands for what President Obama should do with his life now that he is no longer in office. Even if it were appropriate to impose such value judgments on private citizen Obama, charitable endeavors on a broad scale require significant resources to execute. For Black Americans of all education, socioeconomic status, and income levels, the wealth gap is enormous and continuing to grow. Studies have shown that, despite our diminished resources, our level of charitable giving tends to exceed that of other ethnic and racial groups. Even on Wall Street, African-Americans enter the workplace with more student debt and face more discrimination. We are less likely to be promoted up the ladder, and earn less than our white peers at every level. And African-Americans tend to be responsible for supporting and taking care of immediate and extended family and community to a much greater degree than their white peers, again with less resources.

And still the few that "make it," like President Obama, are criticized as unseemly for taking the opportunity to narrow the playing field and accumulate the sort of wealth that not just supports his family but his broader efforts to serve others.

I hope President Obama ignores the noise around him that only serves the political agendas of the people generating the furor, and does nothing to actually further the causes and principles they claim to espouse. As Biggie said of those knee-jerk reactions: "It comes with the territory."