Home National As a white Southerner, I want to honor the real triumph of...
Support progressive journalism.
Donate today 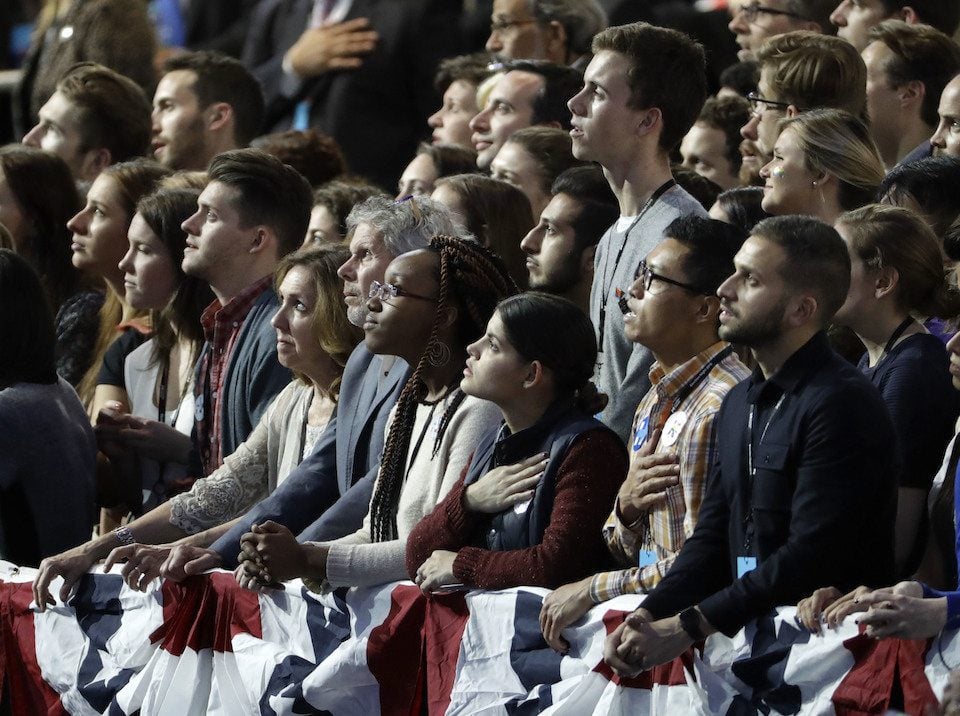 If monuments to the Confederacy are supposed to preserve "history," why are slaves, and those who fought to free them, allowed to languish in obscurity?

I have spent the majority of my life, and my formative years, in Texas. By blood, I may be a Yankee — I was born in New York, and my only known Civil War-era ancestors fought for the Union. I am what people with deeper roots in the region might call a "carpetbagger."

But I do not see it that way. I have family here. I have friends here. My wife is a native of Wichita Falls, just north of Dallas. I have lived other places, but I feel a strong attachment to the state. I have a huge Lone Star flag hanging in my office.

Texas is my home.

And my home has been waging a furious battle over the fate of its Confederate monuments — a battle that has only intensified in the wake of the deadly neo-Nazi riots in Charlottesville sited near a condemned statue of Confederate General Robert E. Lee.

The Sons of Confederate Veterans is suing the University of Texas-Austin for removing statues of Lee and his fellow Confederate General Albert Sidney Johnston, as well a former U.S. Representative turned Confederate cabinet member John Reagan, from its campus.

It is the same story all over the South. Virginia senatorial candidate Corey Stewart — himself a transplant from Minnesota — thundered "Nothing is worse than a Yankee telling a Southerner that his monuments don't matter." Arkansas Rep. Rick Crawford denounced the push to remove Confederate statues as part of a "global history sanitation movement," and warned it is only a matter of time before liberals shut down the Holocaust Museum.

The issue is so fraught that workers removing Confederate monuments often need to wear bulletproof vests.

As a white man who has lived in Texas most of my life, when I hear Republicans lecture us on "preserving history," it sickens me, and here is why: When was the last time these folks ever advocated a memorial or statue for Black heroes and victims of the Antebellum and Civil War eras?

Where are the statues of Black abolitionists? Where are the statues of slaves who led revolts against their oppressors? Other countries with a history of Black slavery have monuments honoring such heroes, like the Bussa Emancipation Statue in Barbados. Even the United Kingdom, which abolished slavery much earlier than the U.S. did, has many such memorials.

And yet, every time even the slightest token gesture is proposed to honor Black Americans from any era of our history, Republicans balk. Most Southern Republicans in 1983 voted against federal recognition of Martin Luther King Day. Some, including House Majority Whip Steve Scalise of Louisiana and Mississippi Sen. Thad Cochran, are still in office today.

Imagine how empowering it would be for Black Southerners to have statues of their history, of their heroes and martyrs of the slave era, on every street corner. Now, imagine what they must feel every day, having to pass by statues of slaveowning generals who beat, whipped, raped, tortured, and murdered their ancestors on a whim — complete with plaques honoring their righteousness and bravery?

The truth is that these statues — many of which were erected by white supremacist groups, and sometimes against the wishes of the Confederate generals' descendants — were not erected to honor history. They were erected to send a message to Black Southerners: You may be free, but you are still worth little.

As far as I am concerned, that is the definition of whitewashing history. It denies the hard-won lessons of the Civil War, and allows my fellow white Southerners to paper over the horror their ancestors visited on their fellow man.

If the South is to truly heal and embrace its heritage, the very first step would be to tear down every one of those statues. But that is only the first of many strides we must take.

In their place, we must do what every other country with a dark past of African slavery has done, and erect statues to memorialize Black suffering and celebrate Black liberation.

That would include more monuments to the famous Black names of the era: Harriet Tubman; Nat Turner; Frederick Douglass. All the Black men elected to Congress and state legislatures during Reconstruction.

But we should do more than that.

We should follow the example of Germany, which has small memorials and markers on each street for every victim of the Holocaust who lived there. On the site of every Southern plantation, we should have such markers honoring every enslaved man, woman, and child found in records. Not just famous ones — these markers should mourn those who never lived to see Emancipation, and celebrate those who died as free men and women. We should do the same on the site of every safehouse of the Underground Railroad, for the escaped slaves who passed through.

Further, we should venerate the nearly 180,000 Black men, including escaped slaves, who fought for the Union Army, defying racism from even Northerners who doubted their ability to serve. They are American heroes of the highest order. We should rename roads, schools, and federal buildings after them.

We have no shortage of candidates — start with the almost 200 schools named after Confederate generals and politicians.

And then there is my personal favorite Civil War character: Cathay Williams. A Black woman liberated from slavery in Missouri, who at age 17 served in the 8th Indiana Volunteer Infantry Regiment, and later enlisted in the U.S. Army disguised as a man. She not only deserves monuments — she ought to be a household name taught to elementary school children as a hero to be esteemed and looked up to.

Defenders of Confederate statues talk of honoring history and heritage, but it does not ever occur to them to memorialize the central saga of Black Americans fighting to be recognized as fellow human beings. They do not have any idea what it is really like to have history erased.

If we really want to embrace and learn from Southern heritage, statues of those like Robert E. Lee, who wrought so much damage and destruction across the South, should be the last thing we want.