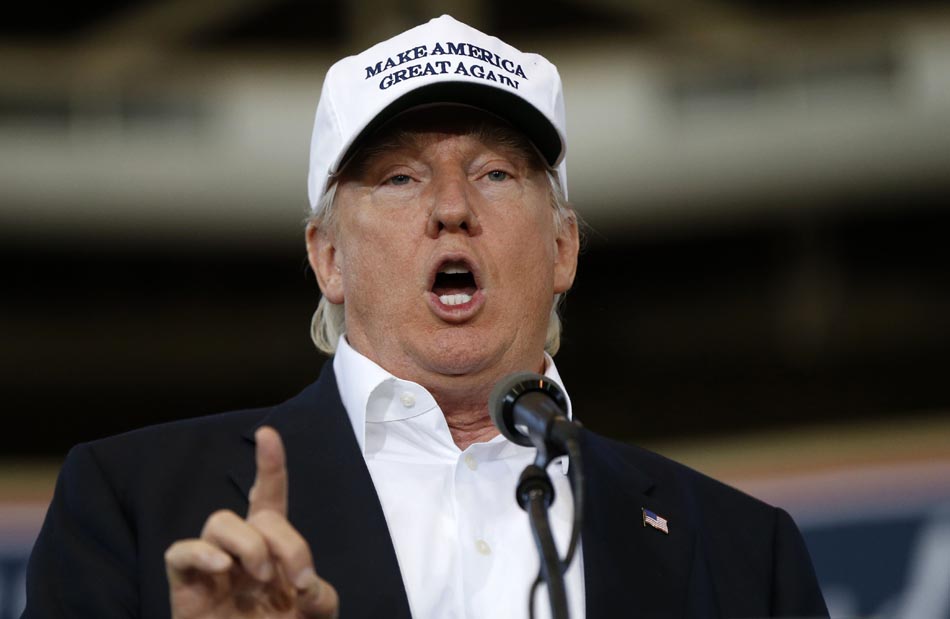 As Hurricane Irma slams into the Caribbean and heads toward U.S. soil, Donald Trump is again pushing sales of his "Make America Great Again" campaign hats.

Hurricane Irma's 185 mph winds will make landfall on the U.S. territory of Puerto Rico within hours, and is expected to generate massive devastation, followed by a possible strike on Florida.

Donald Trump himself admitted the storm will be major, telling reporters, "It looks like it could be something that will be not good. Believe me. Not good." He also excitedly tweeted, "Hurricane looks like largest ever recorded in the Atlantic!"

As this multi-country event unfolds — the storm has hit Barbuda, and is on track to hit Haiti and Cuba — Trump is again promoting his "Make America Great Again" hats, available for purchase on his campaign website.

His re-election campaign sent out an email Wednesday morning, pushing people to view a new campaign video and singling out the hats with a link to Trump's online store:

Trump appears to believe that the optics of death and destruction from hurricanes means a prime opportunity to sell. As Hurricane Harvey hit Texas, the White House sent out photos of Trump modeling his hats. He also wore the hat during his visit to Texas.

Trump's website claims that the hats are exclusively available there for $40, which will go to his re-election campaign, but Walmart is selling them for $9.99.