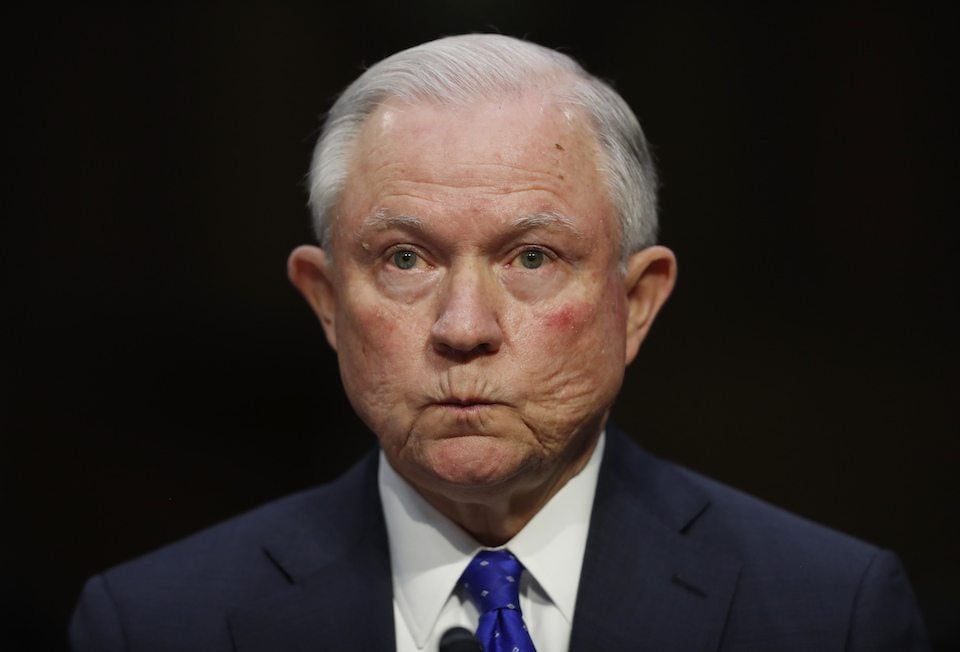 In its endless and unprecedented attempt to criminalize Donald Trump's political opponent, there's a new report that Jeff Sessions' Department of Justice is moving to investigate Hillary Clinton, yet again, for the handling of her private emails while she was secretary of state.

It's an issue that has already been exhaustively explored by the FBI and the Republican-controlled Congress, none of which were able to find any wrongdoing.

But with pressure mounting from Trump himself to prosecute private citizen Clinton, and some Republican leaders simultaneously renewing their calls for Sessions to resign from office because of his handling of the Russia investigation that has ensnared Trump, it's possible another Clinton witch hunt is in the offing.

"An ally of Attorney General Jeff Sessions who is familiar with the thinking at the Justice Departments Washington headquarters described it as an effort to gather new details on how Clinton and her aides handled classified material," the Daily Beast reported on Tuesday. "Officials questions include how much classified information was sent over Clintons server; who put that information into an unclassified environment, and how; and which investigators knew about these matters and when."

Note that during his confirmation hearing to become attorney general, Session explicitly announced he would recuse himself from any possible Clinton investigation.

Last month, in an apparent effort to curry favor with Trump  who remains obsessed with criminalizing his 2016 opponent  Sessions' DOJ moved toward investigating the utterly debunked 2010 tale of a uranium mining company and the far-flung conspiracy that then-Secretary of State Clinton somehow orchestrated the whole deal as a giveaway to the Russians. (Hint: She did not.)

Now, according to the Daily Beast, Sessions' DOJ wants to wade back into the issue of the private emails Clinton sent while secretary of state. With Sessions feeling the heat from Republicans who are scrambling to protect Trump and demanding that he resign, the email story may actually be back in play.

What's next for the GOP, another Benghazi investigation?

Running interference for the White House by announcing "there is no evidence of any collusion between the Trump campaign and the Russians" (former Trump strategist Steve Bannon disagrees), Meadows and Jordan demand that Sessions resign because they say FBI agents and Department of Justice officials are leaking to the press. But the two men provide no evidence for their claim, which makes their demand that Sessions resign sound rather feeble.

But at this point, it's all about applying political pressure to Sessions and the DOJ in hopes of getting what they want, like more bogus investigations into Clinton in an effort to distract from Trump's mountainous woes.

"Officials there are acutely aware of demands from President Donald Trump that they look into Clintons use of a private email server while secretary of stateand that they lock up her top aide, Huma Abedin," the Daily Beast reports.

It's part of an ongoing, radical effort to tear down the decades-long wall that's supposed to separate the Department of Justice from the executive branch, so federal law enforcement is not seen as an agent of the White House.

But under Sessions' leadership, it certainly looks that way now.