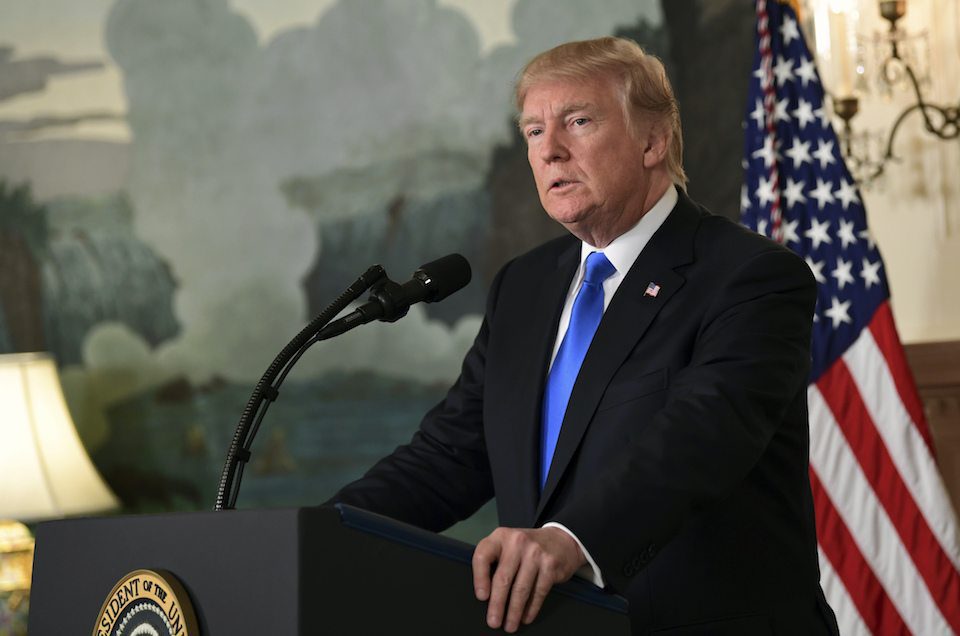 After two years of chanting "Lock her up!" Trump and his officials desperately tried to explain away their use of private emails for government work by pleading that, well, they really did make an effort to follow the law.

All of this would be embarrassing enough if not for the fact that Donald Trump spent a good two years trying to make the election a referendum on Hillary Clinton’s private email server — which she had used during a period of less federal regulation — and made "Lock her up!" a rallying cry.

Even today, Trump claims the ensuing FBI investigation which found no laws broken was "rigged."

And according to Politico, when the leaders of the House Oversight Committee, GOP Rep. Trey Gowdy and Democratic Rep. Elijah Cummings, demanded answers from the White House, Trump official Marc Short wrote back to them with an incredible response:

The White House and covered employees endeavor to comply with all relevant laws, and consults with the National Archives and Records Administration (NARA) on PRA compliance.

Imagine any other case where it would be sufficient to say you "endeavored" to comply with the law. If a state trooper pulled you over doing 80 miles per hour in a residential area, would that be a good excuse?

While is this a particularly outrageous show of hypocrisy, it is far from the Trump administration’s first run in with the Presidential Records Act. Trump is likely in violation every time he deletes a tweet.

This saga reveals that none of Trump’s tough stances in the election meant anything. He has never held himself to any standard he applies to his critics, and never will.