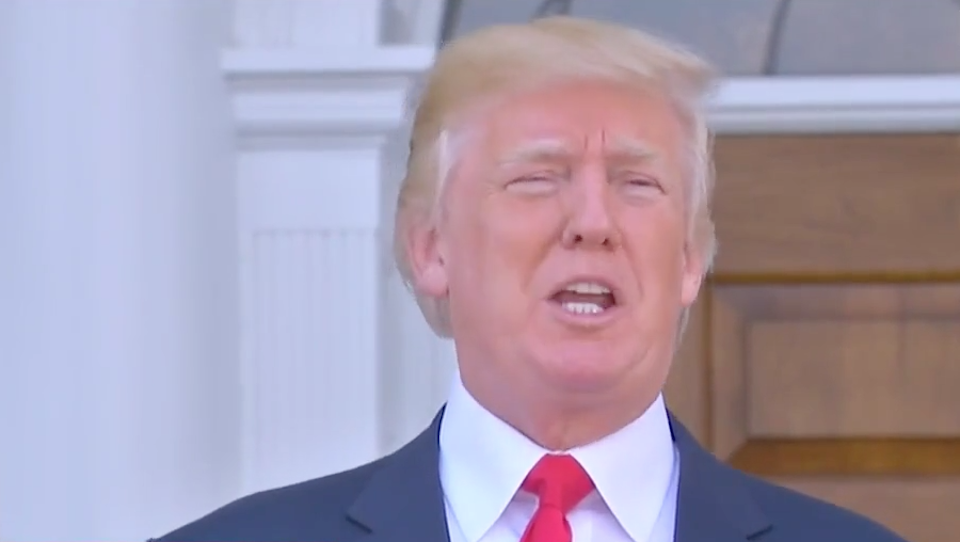 Trump grabbed his phone early this morning to lash out at his enemies in both parties and find solace that lots of people are tweeting about him.

Just as we are learning that special counsel Robert Mueller is demanding White House documents into possible illegal presidential behavior, Trump’s former campaign manager Paul Manafort was told he would likely be indicted, and Manafort had offered to set up private briefings for a Russian billionaire during the 2016 campaign, Donald Trump took to Twitter Friday morning to rage against the “Russia hoax,” obsess about Hillary Clinton, and stroke his own ego.

Trump continues to be utterly obsessed with Clinton and the election where she received 3 million more votes than he did. Clinton has emerged as a powerful Trump critic in recent days, as she calls him out on the publicity tour for her new book, which is already a publishing blockbuster:

The greatest influence over our election was the Fake News Media "screaming" for Crooked Hillary Clinton. Next, she was a bad candidate!

Trump tied his unhealthy Clinton obsession in with his unvarnished anger about the Russia scandal, which continues at a galloping pace:

The Russia hoax continues, now it's ads on Facebook. What about the totally biased and dishonest Media coverage in favor of Crooked Hillary?

Trump seems furious that Facebook has agreed to turn over to Congressional investigators the 3,000 ads that Russian operatives bought on the site last year promoting Trump or attacking Clinton. With each passing day, evidence mounts that Trump is in the White House because of help he received from Kremlin allies, and that narrative is driving Trump crazy.

With its recent document request, the Mueller investigation has zeroed in on Trump’s presidency, extending its focus beyond questions about Russian interference during the campaign.

“The document requests provide the most details to date about the breadth of Mr. Mueller’s investigation, and show that several aspects of his inquiry are focused squarely on Mr. Trump’s behavior in the White House,” the New York Times reported.

Trump did take time to stroke his ego on Twitter by highlighting the fact that he was the most tweeted-about person at the United Nations this week, where he gave a widely panned speech:

These are the 10 most Tweeted about world leaders during the first day of #UNGA General Debate pic.twitter.com/HhlOlNAkDJ

And oh yeah, Trump also tweeted about the GOP’s desperate attempt to once again repeal Obamacare. Did Trump try to sell the plan to the American public? Did he try to win over reluctant senators days before the big vote, which is right now too close to call?

No. Instead Trump threatened members of his own party:

Rand Paul, or whoever votes against Hcare Bill, will forever (future political campaigns) be known as "the Republican who saved ObamaCare."

In short, another toxic Trump stew of paranoia and narcissism as his legal jeopardy grows.