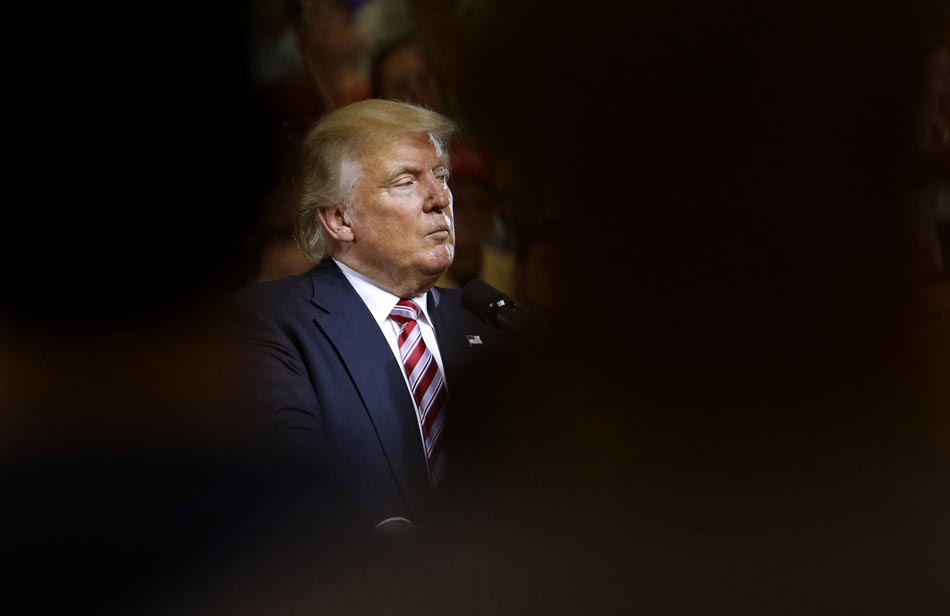 The Bureau of Alcohol, Tobacco, and Firearms official whom Donald Trump is reportedly considering promoting to head of the agency was previously involved in the management of a program that entrapped and endangered citizens, and was singled out for criticism by Republican congressmen at the time as part of a condemnation of "management failures."

Ron Turk is the current Associate Deputy Director of the Bureau of Alcohol, Tobacco, and Firearms (ATF), and is believed by some to be a likely selection by Donald Trump to head the agency.

Turk was a key figure in the agency when it engaged in questionable operations that entrapped vulnerable people, endangered children, and allowed dangerous weapons to circulate on the street.

The ATF used what the Milwaukee Journal-Sentinel described as "rogue" tactics on several occasions while conducting storefront operations, ostensibly with the goal of conducting undercover stings to get guns away from criminals and drugs off the street. The program was called "Operation Fearless."

In just a few appalling examples, during that operation, ATF agents intentionally befriended mentally disabled and easily-persuadable people, then later arrested them after soliciting business from them in four different cities.

Drug and gun buying operations were set up in safe zones near schools and churches, where minors were allowed to come in and smoke marijuana and drink alcohol. In one such setup, "attorneys for three teens who were charged said a female agent dressed provocatively, flirted with the boys and encouraged them to bring drugs and weapons to the store to sell."

Agents bought guns from people who had stolen them from police cars, while others simply bought guns at stores and sold them to agents who were offering "sky high" prices for them. And felons were asked to steal specific firearms from stores which would bring tougher penalties in court.

When these lapses in judgment and behavior came to light, the Department of Justice inspector general initiated a review of the ATF operation.

As part of the ATF response to the controversy, Turk composed a memorandum entitled, "Revisions to Storefront Policy and Guidance" that the inspector general referred to as the "Turk Memorandum," reflecting his leadership role at the organization in the midst of controversy.

Several Republicans, including Rep. Darrell Issa (R-CA), Sen. Chuck Grassley (R-IA), and Rep. Bob Goodlatte (R-VA) criticized ATF and Turk's leadership during the episode, in one release noting, "the use of such tactics by the ATF raises serious questions regarding management failures and a lack of accountability."

During the Obama administration, many of those same Republicans slammed ATF leadership for its role in "Operation Fast and Furious," in which the ATF tried to build a criminal conspiracy case while also inadvertently allowing weapons to go missing in Mexico. While there were major mistakes involved, Republican zeal was largely focused on a misguided and ultimately failed attempt to blame the outcome on President Obama and then-Attorney General Eric Holder.

Now, Trump is possibly about to promote an official who presided over a program with similarly troublesome behavior. It remains to be seen if those Republicans will think twice about giving Turk a rubber stamp, simply to appease the leadership of their own party — or if their concerns about such operations under the previous administration have somehow evaporated.