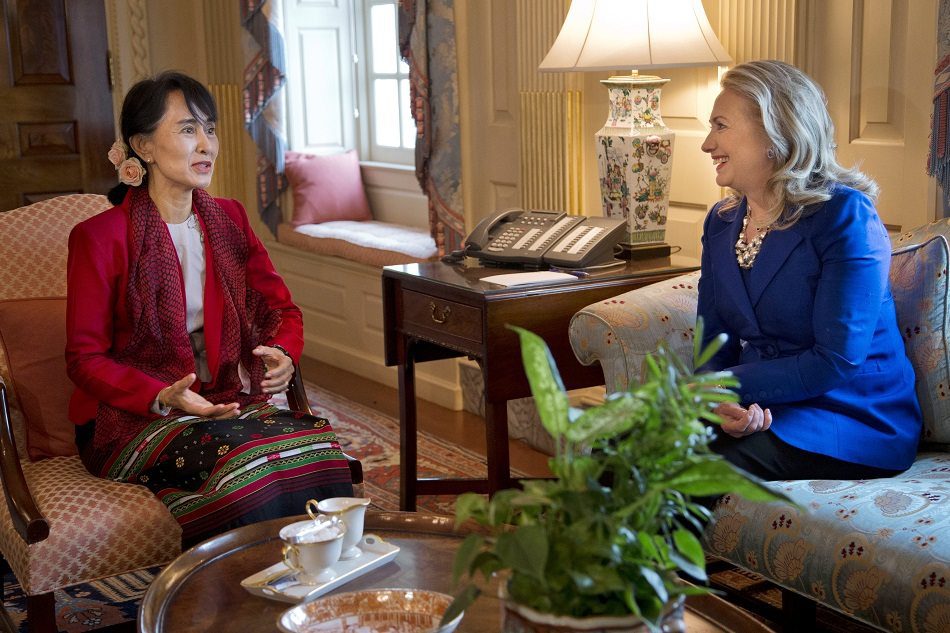 Donald Trump wants to throw his political opponents in prison. Hillary Clinton spent her diplomatic career working to liberate a country which did precisely that.

In the debate on Sunday night, Donald Trump shocked the political sphere by announcing that if he is elected president, he will appoint a special prosecutor and imprison Hillary Clinton, despite the glaring fact that federal investigators have said there is no basis to charge her with anything. News outlets have noted that making frivolous charges against political opponents is a common tactic used in dictatorships. One of the most revealing examples is the case of Aung San Suu Kyi.

The Southeast Asian nation of Burma, known officially as Myanmar, was a military dictatorship for most of the second half of the twentieth century. In 1988, a junta then known as the State Law and Order Restoration Council, and later as the State Peace and Development Council, seized power. The following year, Aung San Suu Kyi, a prominent Burmese diplomat and politician who chaired the opposition National League for Democracy party, was sentenced to house arrest.

Even though NLD won 81% of the country's parliamentary seats in the 1990 election, the military government refused to step down, ignoring condemnation from the international community. Aung San Suu Kyi remained a political prisoner until her release in 2010.

As Secretary of State, Clinton played a huge role in the diplomatic negotiations that phased the military government of Burma out of power. In 2011, she became the first Secretary of State to visit the country in nearly 50 years. She and President Obama lifted sanctions against the country and appointed an ambassador.

The Burmese government drew down martial law and ultimately agreed to honor the results of free elections. In 2015, the NLD won parliament in a landslide, and Aung San Suu Kyi was appointed prime minister.

Clinton's push for reform in Burma shows a striking difference in how she and Trump view democracy. Trump believes it is acceptable to use the legal system as a weapon against political opponents. By contrast, Clinton has used her position on the world stage to hold countries accountable for precisely this sort of persecution.