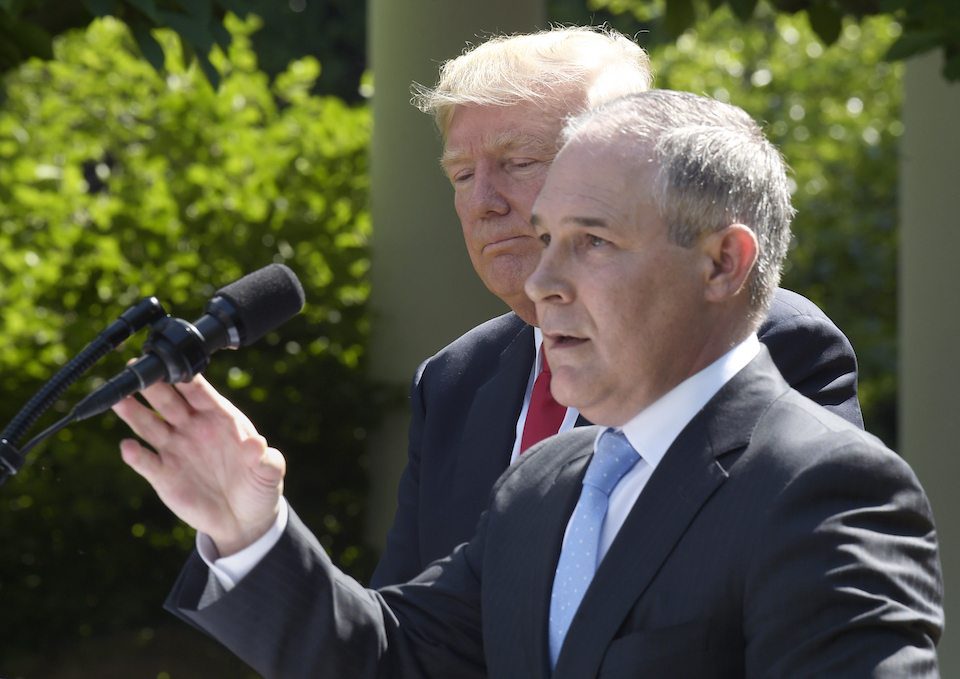 Following Donald Trump's example, the head of the EPA has scheduled plenty of down time for himself with extended weekend trips.

It appears the head of the Environmental Protection Agency is following his boss's lead and scheduling plenty of downtime for himself.

While scores of key EPA positions remain unfilled, Reuters reports that Donald Trump’s EPA chief, Scott Pruitt, has spent nearly half the spring months taking extended weekend trips to and from his home state of Oklahoma, paid for mostly by taxpayers.

During March, April, and May of this year, Pruitt took 10 trips to his home state, logging at least 43 of those 92 days in Oklahoma.

Pruitt, Oklahoma's former attorney general who lost a 2006 bid to become lieutenant governor, is considered to be a possible player in future statewide elections there, raising concerns about why he’s spending so much time in his current job back home rather than in Washington.

His unusual travel details were confirmed by the Environmental Integrity Project, a nonprofit group founded by former EPA officials.

The New York Times reports that the group's executive director, Eric Schaeffer — also the former director of the EPA's office of civil enforcement — requested Pruitt’s travel documents after he heard that current EPA administrators were having trouble scheduling meetings with their boss, because he was traveling home so often for extended stays.

In one case, the Times notes, Pruitt traveled to Oklahoma on March 23, received an award and then stayed in the state through March 27. On another trip, his only official business was meeting with a rural water official on May 4. He then stayed in Oklahoma through May 8.

In terms of costs, Environmental Integrity Project reports the airfare for Pruitt’s Oklahoma trips during those three months totaled $12,000. But the total travel tab is much larger, since that amount doesn’t include "travel and lodging expenses for his staff or his security detail, the records for which were not immediately available," according to Reuters.

But there is also the pressing issue of a key member of the federal government taking this kind of time off.

"He needs to say why spending half his time in Oklahoma and having one meeting per trip is performing his duties as an administrator," stressed Schaeffer.

Perhaps he is following the example set by Trump, who continues to exhibit a marked disinterest in performing the duties of his job, or even being on the job at all.

The EPA under Pruitt has become a bastion for climate change skeptics, and a flashpoint for controversy.

It seems it will also be largely ignored by its chief, as he models his work ethic — or lack thereof — after Trump.