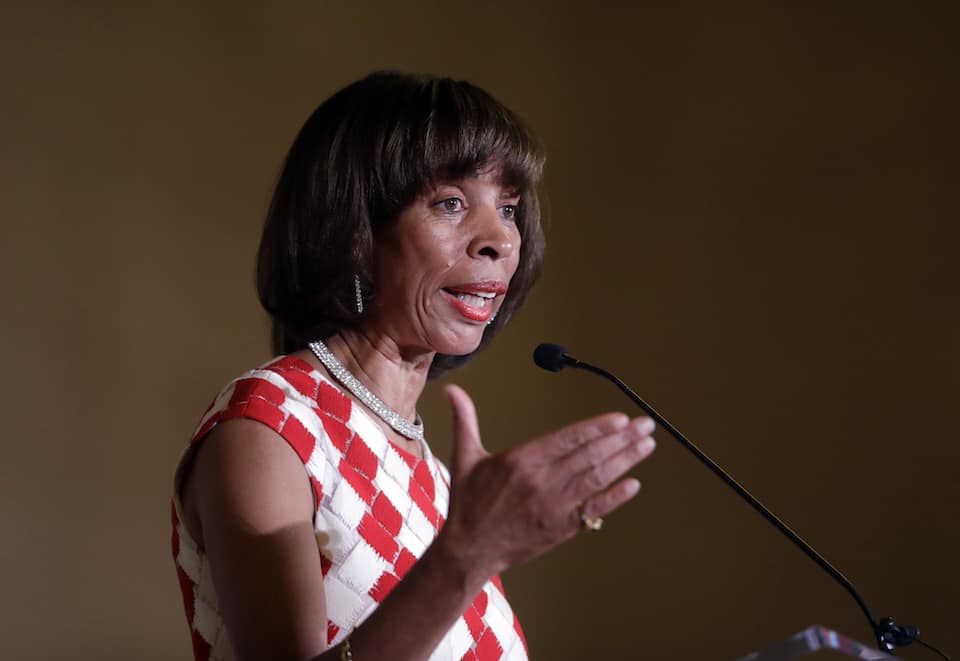 Baltimore Mayor Catherine Pugh is the latest Democratic leader to call for the removal of monuments honoring the racist Confederacy in her city, following New Orleans Mayor Mitch Landrieu, who took down four such structures.

Baltimore Mayor Catherine Pugh is considering a plan to remove Confederate monuments littered around the city, echoing the work of New Orleans Mayor Mitch Landrieu. Both mayors are Democrats.

Pugh told the Baltimore Sun that the city wants to remove the structures, which elevate the pro-slavery Confederacy in a diverse city. She added, "We will take a closer look at how we go about following in the footsteps of New Orleans."

The movement to remove flags and memorials honoring the Confederacy has picked up momentum since the mass shooting by a white supremacist in June 2016 that killed nine at Emanuel A.M.E. Church in Charleston, South Carolina.

It was only after the shooting — and a great deal of debate in the state legislature — that the Confederate flag was finally removed from the South Carolina Capitol.

In 1861, the pro-slavery Confederacy declared war on the United States and attempted to break away from the rest of the country, triggering the Civil War. Under President Abraham Lincoln, the United States Army completely defeated the illegal rebellion. Lincoln signed the Emancipation Proclamation, freeing all slaves, and soon after the 13th Amendment to the Constitution was passed, outlawing slavery in the United States.

In New Orleans, Mayor Mitch Landrieu recently removed four monuments that honored Confederates. In a widely praised speech, Landrieu noted, "The monuments that we took down were meant to rebrand the history of our city and the ideals of a defeated Confederacy." He added, "To literally put the Confederacy on a pedestal in our most prominent places of honor is an inaccurate recitation of our full past, it is an affront to our present, and it is a bad prescription for our future."

Landrieu went on to explain, "The Confederacy was on the wrong side of history and humanity. It sought to tear apart our nation and subjugate our fellow Americans to slavery. This is the history we should never forget and one that we should never again put on a pedestal to be revered."

In St. Louis, Mayor Lyda Krewson recently called for the immediate removal of a towering monument to Forest Park. Similar discussions are taking place in other cities throughout the south.

Baltimore appears ready to join the movement to do its part in removing these blights on the country and history. Hopefully, others will follow.