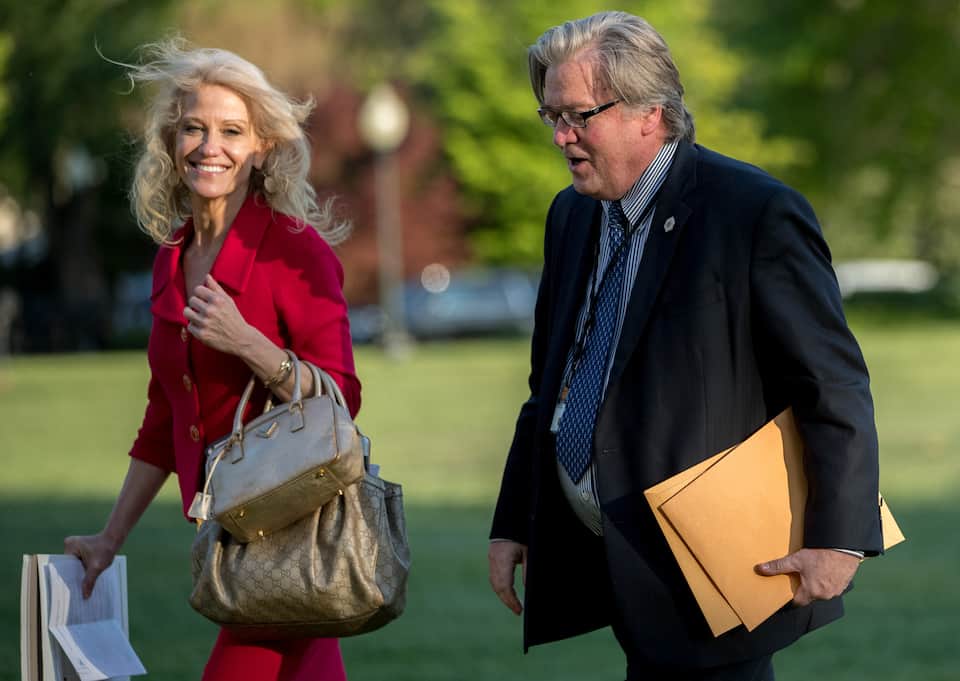 Top Trump administration officials are setting up their own teams, including press operations, to promote their personal agendas — on the taxpayers' dime.

Several of the senior aides to Donald Trump are using tax dollars to build up personal teams of support staff designed to raise their personal profiles.

Politico reports that these Trump aides and advisers are breaking with tradition and using their personal teams instead of the official White House communications team led by Sean Spicer and packed with appointees reportedly loyal to former RNC chairman and current Trump chief of staff Reince Priebus.

These entire operations are being funded at taxpayers' expense. Several of the senior staffers, with the exclusion of Trump's daughter and son-in-law, are themselves paid by federal taxes. The outlet notes the multiple fiefdoms are being used "to support their own agendas."

Steve Bannon, white supremacist and Trump's chief strategist, has a six-man "war room" working for him, including four assistants and a press flack.

Former George W. Bush press secretary Ari Flesicher told Politico, "It is a new development for a White House staffer to have their own individual PR people."

Jared Kushner, Trump's son-in-law and senior adviser, has seven staffers at his beck and call, including a former public relations executive who worked for Kushner's controversial real estate business.

Kellyanne Conway, Trump senior counselor, has a chief of staff, Renee Hudson, who manages another person under her. Hudson also fills in for Conway at senior meetings when she is spinning for Trump on the friendly "Fox & Friends" or attending pro-Trump rallies and events around the country.

Ivanka Trump has a similar setup, with a chief of staff and another person who reports to her.

Politico notes, "The aides help bolster competing camps when they’re squaring off to influence the president on everything from climate change to trade and health care."

The Trump team has been marked by infighting since day one, as members of his administration have repeatedly leaked information to the media designed to undercut their rivals and in some instances to distance themselves from Trump's infantile behavior.

Taxpayers are being forced to finance this infighting and the resulting turf war based on the egos of very well-paid people.