Home National Bannon loses his title but not his power in the White House
Support progressive journalism.
Donate today 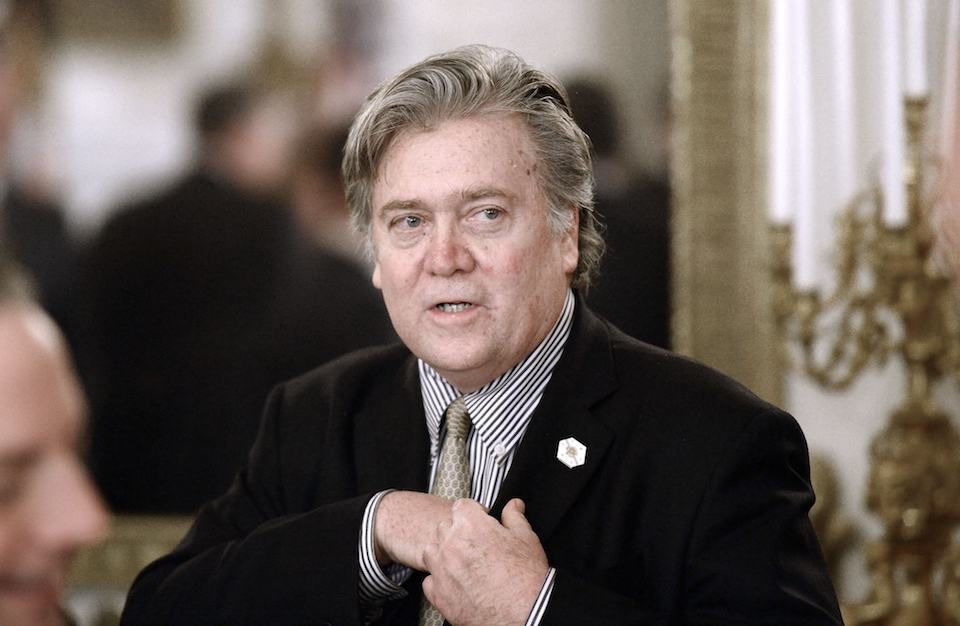 Contrary to many reports, there is no evidence that Donald Trump's reorganization of the National Security Council represents a change in Steve Bannon's level of influence.

When Donald Trump reorganized his National Security Council and removed his political strategist Steve Bannon from an unprecedented permanent seat on the principals committee of the NSC, speculation abounded that Bannon's power within the White House was waning:

.@CillizzaCNN: The removal of Steve Bannon suggests a potentially significant change in the balance of power https://t.co/wzkpH1ga74 pic.twitter.com/AmbwGE2x5n

There were even unfounded rumors that Bannon had been stripped of his security clearance:

Headline that many are seeing on Drudge (linking to CNBC story) is wrong. Our reporting shows that Mr. Bannon keeps the security clearance. pic.twitter.com/ISQ3OfbgWF

However, when the dust settled, it became clear the reshuffling of the NSC was not an indication of any change in Bannon's power in the White House and that he, in fact, maintains the highest level of security clearance for the West Wing.

In all likelihood, the reorganization was to correct a mistake made by Trump in his earliest days in office, when he unknowingly signed the Presidential Memorandum giving Bannon a seat on the principals committee in the first place. In addition, Bannon will reportedly continue to attend the NSC meetings, indicating he retains Trump's confidence.

Trump was never comfortable with Bannon on the NSC, another White House official tells me.

HOWEVER, Bannon's removal from National Security Council doesn't indicate any erosion of his influence in White House, the official told me. https://t.co/994bUUZ0Sf

Bannon will continue to attend National Security Council meetings--including the one this afternoon, top official told me. https://t.co/q2YTa613DY

In an interview with Fox News, Mike Pence confirmed that Bannon was not being demoted:

Most importantly, focusing on the chaos and intrigue of internal White House dynamics serves as a distraction from the harmful actions of the administration. As authoritarianism expert Sarah Kendzior has previously noted, leaders like Trump frequently change and reposition their staff to distract from their own corrupt activities, to keep their advisors pitted against one another and loyal only to their leader, and to lay the groundwork for externalizing blame for their own failures.

In short, as much as we might wish it were true, there is no evidence Bannon's power within the White House has changed at all.