Home National Being Jewish in Trump's America is a profoundly unsettling reality
Progressive journalism is under attack. Please help us fight back!
DONATE 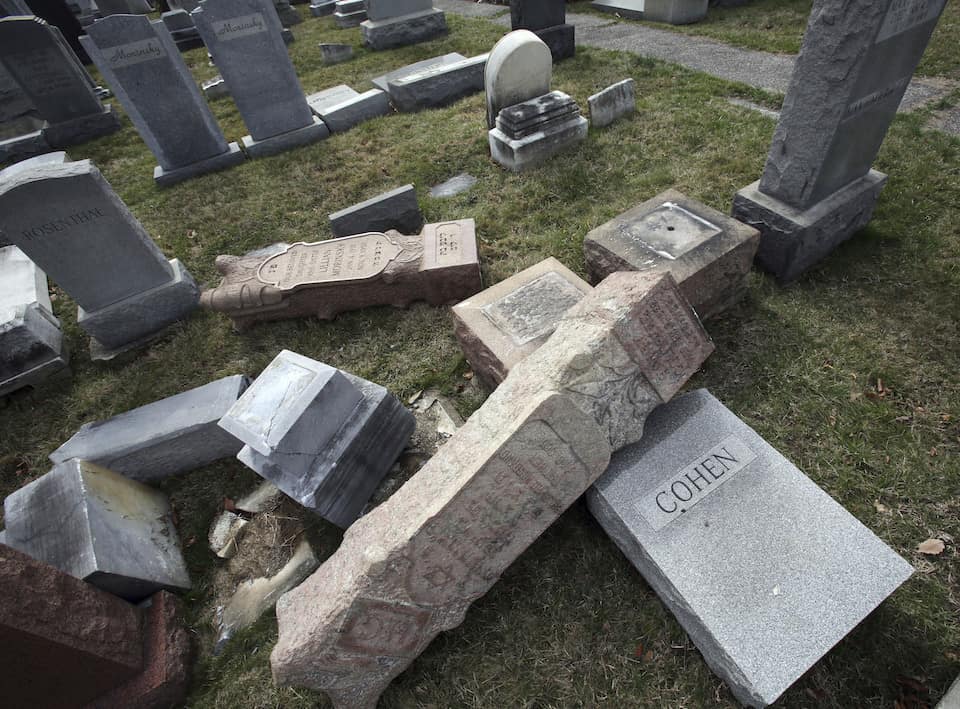 I never believed that anti-Semitism had disappeared, or ever would. But neither did I ever expect to live with the kind of fear and torment that older generations spoke of in days long past and places far away.

In one month, I will turn 37. I was born long after World War II and the horrors of the Holocaust. But like so many other Jews who did not live through those times, still I have something of it in my blood, an inherited instinctual fear passed down like my dark hair.

Most of my mother's family had left Europe long before Hitler came to power. Most, but not all.

The knowledge that some distant relations disappeared from our family tree — either by force at the hands of the Nazis, or by fleeing to places like Australia, with no way to remain in contact, when the United States offered no welcome — has remained as a deeply saddening, unanswerable question.

And I have often felt fortunate to have been born when and where I was, in a free country, a melting pot, where diversity of color, origin, and religion was prevalent, and where a growing appreciation for that heterogeneity strove to silence those who found it threatening.

While I am not naive, and have been on the receiving end of anti-Semitism many times in my life, I believed those bigots were a sad and largely ostracized minority. And I trusted that my government shunned such people as much as I did.

But now, that conviction has disappeared. This White House gives me no such reassurance, and indeed seems dead set on just the opposite.

To be clear, I am not making a direct comparison. I am not saying this one is just like that one. As has unfortunately needed to be pointed out many times, nothing is like Hitler except Hitler.

But Donald Trump's administration has made it very clear time and again how little concern it has for the terror induced in Jewish Americans by the resurgence of blatant anti-Semitism since the 2016 campaign, how little interest they have in valuing our history and our future, and how little care they feel for the profoundly unsettling reality to which Jews in this country now awake every day.

The most recent slap in the face came from, of all places, Trump's proposed budget. The plan was already known to be cruel and callous, receiving vehement condemnation.

The latest revelation is a $3 million funding cut to the U.S. Holocaust Memorial Museum. As a bipartisan group of 64 members of Congress noted in a letter demanding reversal of the cut, the "mission of the museum has never been more important, particularly as the number of anti-Semitic attacks around the world rises."

This cut would be thoughtless and unnecessary. But I cannot say it would be surprising.

Not from an administration that failed to even mention Jews in its perfunctory statement on Holocaust Remembrance Day.

Not from an administration that claimed you just can't know where anti-Semitism is coming from, while issuing tepid denouncements of violence and vandalism that, again, failed to mention the actual victims.

Not from an administration that had to be dragged into offering banal comment on 20 bomb threats made in a single day against Jewish community centers and schools — and that subsequently posited those attacks may have been a "false flag" perpetrated to "make others look bad."

Not from an administration that somehow managed to forget that Hitler used chemical weapons, against his "own people," and not in "Holocaust centers" but in concentration camps.

Not from an administration joined, past and present, by someone with ties to far-right extremist parties overseas; someone who held outright membership in such hateful organizations; and someone who previously ran a white nationalist media company within our own country.

And not from an administration that grew out of a campaign which relied on anti-Semitic imagery to attempt to smear its opponent, boosted neo-Nazi accounts on Twitter, ignored harassment and threats made by its supporters against Jewish journalists, and in fact even celebrated those supporters' "vicious, violent" behavior.

No, a punitive and heartless funding cut to a museum commemorating the Holocaust does not surprise me, coming from Trump, despite the happenstance of his familial connections.

Trump is who we thought he was; the actions one takes or neglects, the words one says or withholds, and the company one keeps speak volumes about a person.

Jews are not easily deceived, after not years, not decades, but centuries upon centuries of fear and loathing directed at us in myriad forms.

As I stated, I am not making that verboten direct comparison. I don't need to. One need not be the literal worst example in order to be a deeply frightening iteration.

When something as simple as a relatively small amount of money to help keep alive the knowledge and memory of one of the darkest moments in our history is deemed dispensable, it sends a clear message.

Jewish Americans do not have a friend, a supporter, a defender in this White House. We have an adversary wholly unconcerned with the unnerving new reality he has helped to shape around us.