Home National Being surprised by Trump is a luxury I never had
Support progressive journalism.
Donate today 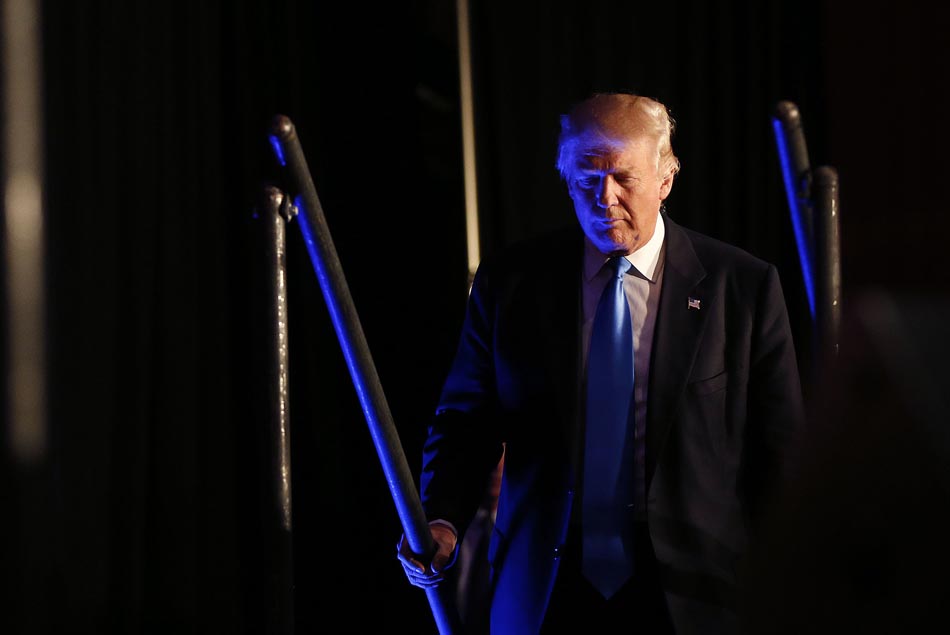 People whose lived experiences informed them about exactly the kind of person Donald Trump is rang the alarm about him from Day One. Many failed to listen — and they continue to ignore us at everyone's peril.

Absent from every "why Trump won" hot take: The aggressive mockery of women who were writing 1.5 yrs ago that he was an authoritarian bigot.

When this campaign began, when Donald Trump's opening salvo was to assert that undocumented immigrants from Mexico are rapists, I said that this man is terrifying; that he is dangerous.

I railed and cautioned against treating him like a joke, or a harmless bit of entertainment. Throughout the campaign, I pushed back, hard, against the corporate media treating him as though he were the best show in town. He is a bigot and an authoritarian, I grimly warned, and he is not funny. Nothing about him is amusing.

I was not alone in this endeavor. Other marginalized people, women particularly, spoke out passionately, in grave tones, raising flags of warning and frantically ringing alarm bells.

And each of us were greeted with public blowback from people who regarded us as hysterics, hyperbolic reactionaries, humorless feminists.

It gives me not a single iota of pleasure or satisfaction to be singing Cassandra's lament. I am not happy in the slightest to have been unheeded, nor do I have any inclination to say, "I told you so," because I wasn't trying to be right; I was trying to get people to pay attention.

People who were shocked by Trump's rise, and shocked by his victory. People who now write thinkpieces exploring how they could have missed it.

They fail to acknowledge those who warned them and were ridiculed for our efforts. And they fail to understand that their surprise is a reflection of their privilege.

Being surprised by Trump is a luxury I never had. I've spent my entire life dealing with men like Trump and knowing exactly who they are, because they are very keen to show me.

And here I am, still ringing the alarm every day. Arguing that we cannot give him a chance, because he will exploit every chance he is given. Arguing that he will not moderate; that there is no pivot. Arguing that to normalize Trump is to be complicit in ushering in authoritarianism to sit where our democracy used to be.

Once more, I am dismissed by many people of influence, along with the others who issue stoic, urgent warnings.

Even though we are the ones whose credibility on this subject should not be in question.

We do not want to be proven right. What we want, desperately, is to be heard while there is still time to prevent our dire predictions from coming true.