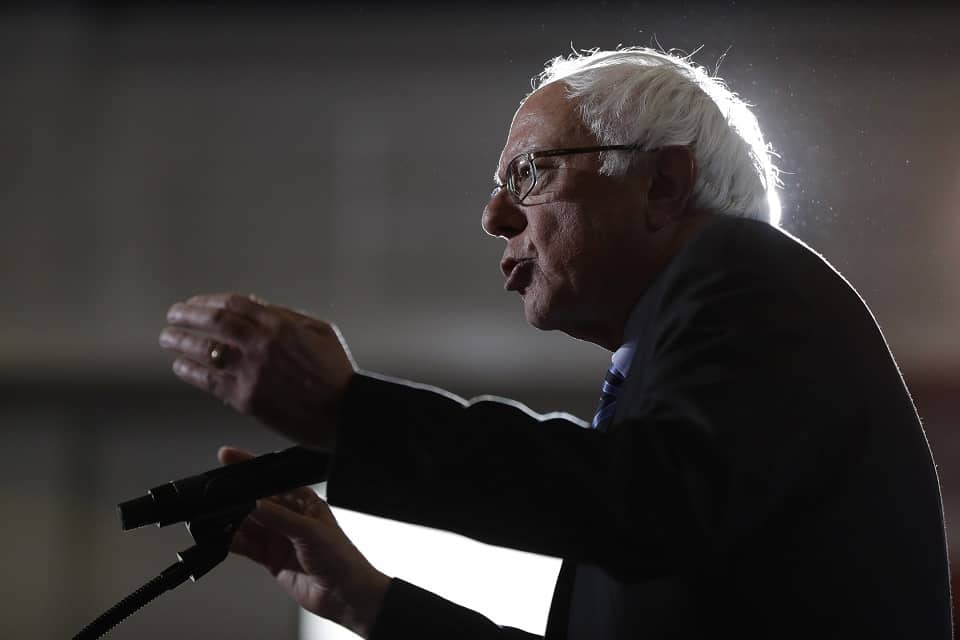 The consensus, even in the corporate media, is that CBO report on the Republican's Obamacare repeal plan is abysmal.

The report shows that the plan, backed by House Speaker Paul Ryan (R-WI) and Donald Trump, will result in 24 million fewer Americans having health coverage over the next ten years. And amazingly, the White House's own internal estimates for coverage losses are even worse.

As Republicans enter damage control mode, liberal lawmakers are speaking up about the disastrous projections and what they mean for working Americans. In particular, Senator Bernie Sanders (I-VT) gave a dire warning of the consequences of the Republican bill:

SANDERS: I have no hesitation in saying this. If this legislation is passed, and millions of people are thrown off health insurance, not able to get to a doctor when they must, thousands of Americans will die. That's what this legislation is about, and it must be defeated, and I hope there is enough sense among some of the Republicans to vote against it.

But Sanders did not stop there. He uploaded a blistering speech to YouTube in which he laid into the plan further:

Now, as I know that all of you understand, the United States of American is the only major country on Earth not to guarantee health care to all people as a right. We're the only major country! It is incomprehensible, it is disgraceful, it is profoundly immoral that this Republican legislation moves us in exactly the wrong direction.

...what this legislation is all about is a massive transfer of wealth from the poor and working people of this country to the very wealthiest. This is an ugly and cynical proposal. This is a proposal which, if adopted, will result in thousands of Americans dying. People die when they can't go to a doctor when they need, or when they can't get into a hospital when they must. This legislation is a disgrace. All of us must work together to see that it is defeated.

Sanders is right. Before the Affordable Care Act was passed, a study in the American Journal of Public Health found that 45,000 Americans died each year, due, at least in part, to not having health insurance. And the CBO report suggests that the Republican bill will actually result in more people uninsured than before the ACA.

As Republican leadership continues to ram through their mass repeal of health insurance with as little debate as possible, legislators like Sanders will be critical voices of resistance. Republicans, despite their best attempts, have failed to hide their machinations from proper scrutiny by their colleagues.

The American people deserve a proper debate on the future of their health care. Sanders is making sure we will have one.