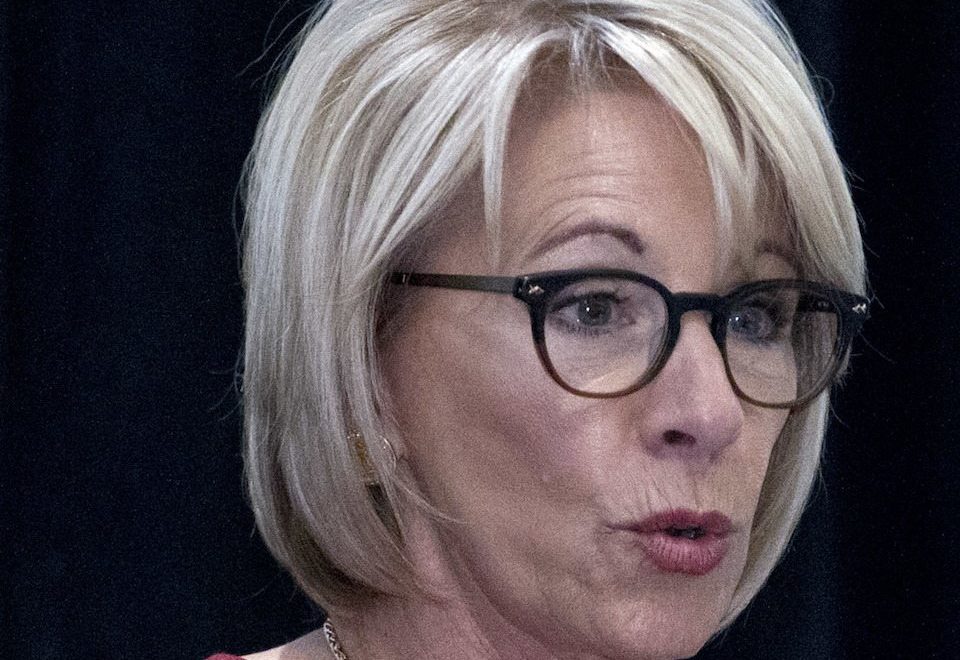 Education Secretary Betsy DeVos and other members of Trump's Cabinet apparently have more important things to do than attend the first public meeting of the commission to make schools safer for kids.

All four Trump Cabinet secretaries who serve on the Federal Commission on School Safety that was created after a series of school shootings are skipping its first public listening session.

The most notable absentee is Education Secretary Betsy DeVos, who chairs the commission. Instead of listening to the public's concerns about dealing with violence directed toward American children, she will be on a European "learning tour."

DeVos is traveling to Zurich, the Netherlands, and the United Kingdom to discuss apprenticeship programs.

"It is odd, and perhaps a bit disrespectful, that the secretary would plan a public listening session on a day she knew she would be leaving the country," Bob Farrace of the National Association of Secondary School Principals, told Vice.

"The absence of all four commissioners signals that this commission’s school safety work is simply not a priority for this administration," he added.

Trump announced the creation of the commission after the mass shooting at Marjory Stoneman Douglas High in Parkland, Florida.

The Trump administration claimed the commission would "address school safety and the culture of violence."

The revelation that Trump officials will be skipping the hearing comes after DeVos said the commission won't bother to study the role of guns in school safety.

"That is not part of the commission's charge, per se," DeVos told a Senate hearing when asked whether the commission would examine firearms.

Thus far in 2018, there have been 23 campus shootings. The Trump administration has remained beholden to the NRA and has refused to make any serious changes on gun safety.

Skipping the very first meeting to ensure school safety, while indicating the commission won't even deal with guns, is a perfect encapsulation of the disregard for children's lives under Trump.