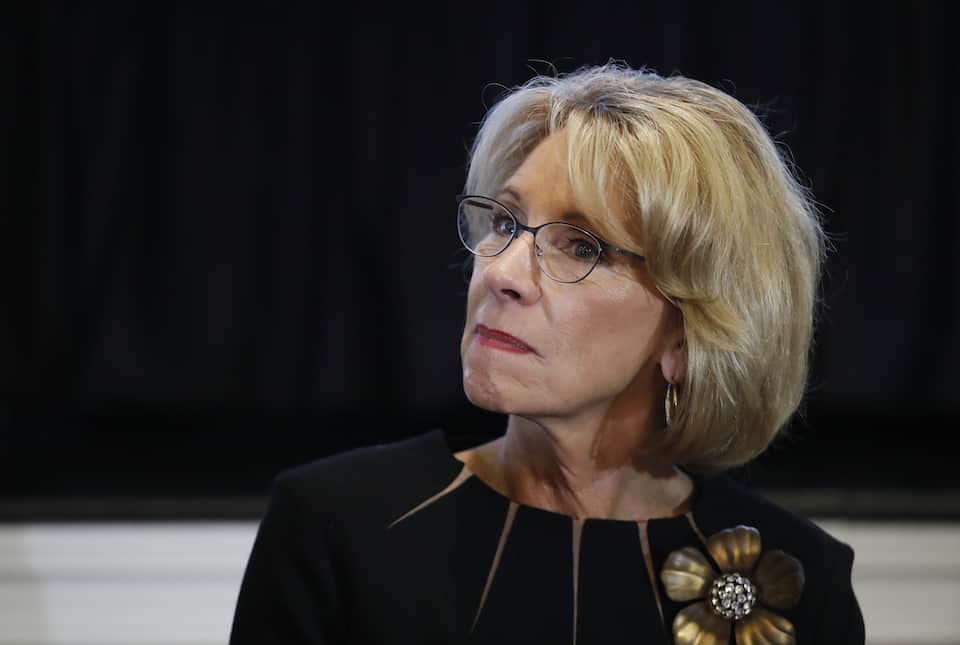 Months after Secretary of Education Betsy DeVos posed with Special Olympics athletes at a Capitol Hill event, the Trump administration's proposed budget slashes funding for the program that helps so many.

She "pledged her support" and said she was "proud to stand beside you as a partner in support of Special Olympics and its Unified Champion Schools, an important program that promotes leadership and empowers students to be agents of change."

In a tweet, DeVos highlighted photos of the visit.

It was great to spend time with the @SpecialOlympics athletes! Thanks for all you do, @TimShriver. https://t.co/tCrpx40xaN

Athletes met with lawmakers and staff to educate them about "the significant consequences that arise from the stigma and stereotypes faced by people with intellectual and developmental disabilities," according to the organization.

The goals of Capitol Hill Day were to effectively convey the high impact and cost-effectiveness of Special Olympics’ evidence-based programming that addresses these issues, to educate lawmakers and to secure continued support from legislators.

The "Unified Champion Schools" program from Special Olympics "trained and mobilized youth leaders and educators to create more inclusive schools by including students with intellectual disabilities in all aspects of school life."

But after being photographed with the highly regarded group, the substance of Trump administration policy is exposed once again as the opposite of what they say in public.

Trump's proposed budget would cut $10.1 million from Special Olympics Education Programs because "such activities are better supported with other Federal, State, local, or private funds."

The cut is even more callous coming from Trump, who mocked a disabled reporter on the campaign trail, using exaggerated movements to make fun of his affliction.

And this is yet one more revelation of the cruelty of Trump's budget, which also guts funding for Medicaid and Social Security disability benefits, and, in an unprecedented move, would completely block Planned Parenthood from being able to participate in any federally funded programs at all.

DeVos, representing the Trump administration, was perfectly happy to cozy up to Special Olympics for photos and allow some of their goodwill to rub off on her. But when it really matters, she remains silent as the administration once again targets the most vulnerable Americans to benefit the rich and powerful.