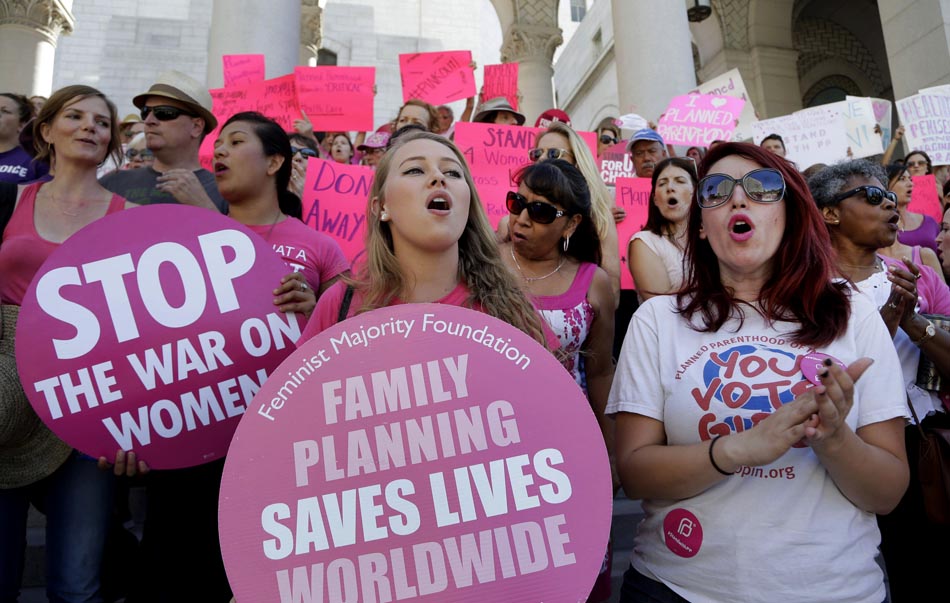 It's a huge change from the Trump administration.

Title X, a federal program that provides affordable reproductive health care to individuals living on lower incomes, has been caught in a constant game of political football since it was enacted in 1970. The Republican Party has for decades targeted the program to restrict access to abortion for Americans who rely on the federal funds. For now, however, the Biden administration has not only restored Title X funding from the previous administration's restrictions — it's also expanded the reach of the program.

Historically, when Republican presidents take office, they roll back access to these critical funds using a practice known as the "domestic gag rule." This ties the hands of providers by preventing them from receiving federal funds not only if they provide abortions, but also if they even refer people to other facilities that perform abortions. During the Trump era, Title X providers were eviscerated, with nearly 1,000 clinics leaving the program in 2019 because of the gag rule.

President Joe Biden made it one of his first priorities to address Title X. The White House issued a memorandum only a week after Biden took office explicitly stating that his administration's position was "to support women's and girls sexual and reproductive health and rights in the United States." The memorandum also required the Department of Health and Human Services to review the Trump-era Title X rule with a view to rescinding portions of the rule that "impose undue restrictions" on the use of federal money or "access to complete medical information."

That review is complete, and the Biden-Harris version of the Title X rule is now in effect.

The domestic gag rule is no more

The most obvious and high-profile change to Title X is that abortion providers are no longer blocked from participating in the program. This allows Planned Parenthood to return to the program, which it had left rather than giving up its ability to provide a complete range of care.

Moreover, providers are now permitted to discuss abortion as an option and refer patients to abortion services if they themselves don't provide them. This is a practice known as "nondirective counseling." Nondirective counseling requires that the provider respect a patient's choices and provide them with unbiased information about all possible reproductive health services, including abortion, so that a patient can make the best choices for them, not one driven by a provider.

Clinic restrictions have been dropped

At the time, Planned Parenthood pointed out that this seemed designed to specifically block it from continuing to provide care. The health care organization would have needed at a minimum to build separate entrances and exits for different services and at a maximum to construct entirely new clinics.

Such a separation has typically been considered unnecessary because Title X funds can't be used for abortions, thanks to the Hyde Amendment, which bans the use of federal dollars for the procedure. Abortion rights advocates argued the separation was designed just to be onerous. Indeed, it worked, with Planned Parenthood needing to leave Title X under the Trump administration.

There are more telehealth options

In its overview of the new Title X rule, the administration affirmed a commitment to "the importance of telehealth and the role of telehealth services in expanding access to services and advancing equity."

The administration will also ensure that Title X providers are better positioned to provide telehealth services by providing technical training when needed. Allowing for expanded telehealth services may increase the reach of Title X, particularly in rural areas.

Health equity is a new priority

The Biden-Harris rule sets new requirements that family planning services be "client-centered, culturally and linguistically appropriate, inclusive, trauma-informed, and capable of ensuring equitable and quality service delivery." It also explicitly defines "health equity" as "when all persons have the opportunity to attain their full health potential and no one is disadvantaged from achieving this potential because of social position or other socially determined circumstances."

Many states with the most restrictive abortion laws also have some of the worst health outcomes for pregnant people, particularly for people with lower incomes and people of color. These Title X provisions are part of an effort by the administration to push back against that by creating a funding stream for individuals with low incomes that fully respects their dignity, cultural needs, and choices.

Finally, the rule also frames all people seeking reproductive health services with the gender-inclusive term "clients" to ensure that Title X is perceived as welcoming and available to all.

In reviewing the impacts of the rule change, Biden's Department of Health and Human Services estimated that 3.2 million clients will be served in 2022, with that number going up to 3.9 million by 2026. That increase will be driven in part by clinics returning to the program after leaving due to the past administration's abortion restrictions.

In the end, the Biden-Harris Title X rule works to increase access, increase equity, and increase choice — and that's a huge change from the previous version.