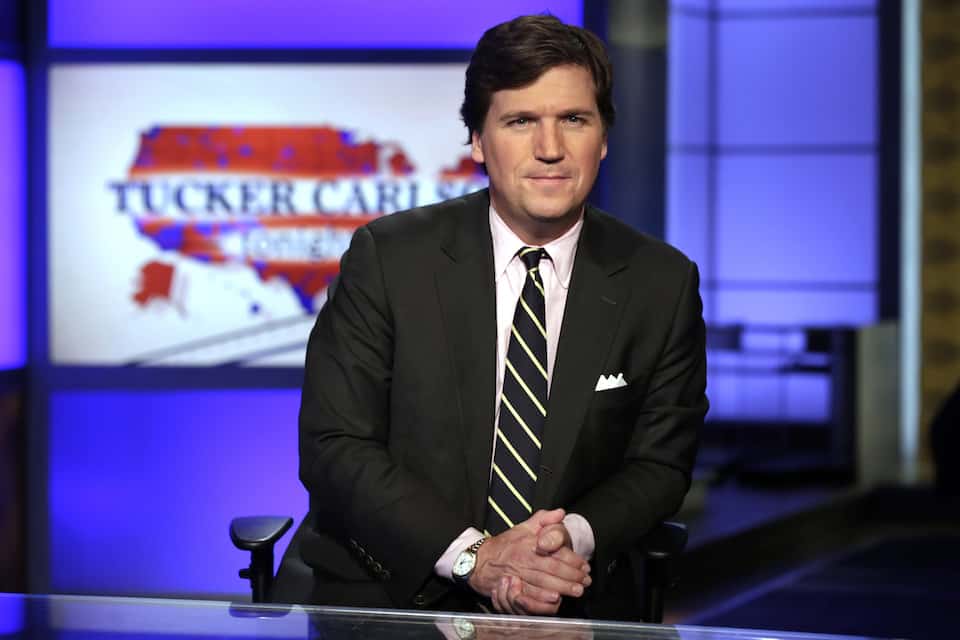 Fox News finally banished Bill O'Reilly, but his replacement for the primetime slot, Tucker Carlson, is beloved by misogynists, neo-Nazis, and Donald Trump fans — proving that nothing has really changed at the network.

Fox News got rid of Bill O'Reilly — very belatedly — because it was losing advertisers and money, not because the network's powers that be suddenly developed a sense of decency or shame about broadcasting a serial sexual harasser and unapologetic racist. The evidence is the man Fox chose to replace O'Reilly in the 8 PM lead-off spot to start Fox's primetime lineup: Tucker Carlson.

Carlson is on his third cable news go-round at Fox, after being canceled on MSNBC and CNN (he was one of the hosts on the receiving end of Jon Stewart's epic "stop hurting America" rant on Crossfire back in 2004). Before joining Fox, Carlson founded the Daily Caller, a right-wing site better known for extremely inaccurate "reporting" and repeatedly glamorizing stories about female teachers who rape their male students.

The new host has an extremely long record of sexist commentary: Carlson believes that Democrats "made up the concept of sexual harassment," complained that there was something "castrating" about Hillary Clinton, described the statutory rape of teenage boys by female teachers as a "dream," and defended Trump when the audio of him bragging about sexually assaulting women was released, saying, "nobody is actually shocked by this."

When Megyn Kelly left Fox News in the wake of the Roger Ailes sexual harassment scandal — the network founder was fired when his serial abuse of women was exposed, after network executives covered it up for decades — Carlson was moved from his spot co-hosting Fox & Friends to her 9 PM slot.

Carlson quickly began using his platform to promote a pro-Trump message, even going so far as to reportedly troll virulently racist pro-Trump online forums in search of show ideas.

He said refugees were part of an "invasion" of Europe; complained that women scientists of color were part of the March for Science; parroted Trump's untrue allegation that he was wiretapped by President Obama; defended a racist comment from Rep. Steve King (R-IA), who said immigrants were preventing the restoration of civilization; and defended the racist record of Attorney General Jeff Sessions.

Seeing someone so unabashedly echoing Trump's bigoted message in primetime, in addition to booking guests who are often blindsided by the ambush style of his interviews, pleased the misogynists and neo-Nazis who comprise much of the base of the Trump coalition.

All signs indicate that Carlson will bring the same sort of content to his new show, and if his record is a guide, he is likely to double down on it. He does not appear to have any interest in improving the caliber of content on Fox News.

And Carlson's elevation again highlights that getting rid of O'Reilly was eliminating dead wood and not a sudden case of morality from Fox News. Speculation that the takeover of the company by founder Rupert Murdoch's sons has led to a new day at Fox are not supported by evidence.

Fox is as deep in the muck as it always was. The executives have just swapped in Tucker Carlson for Bill O'Reilly as the top animal in the pig pen.