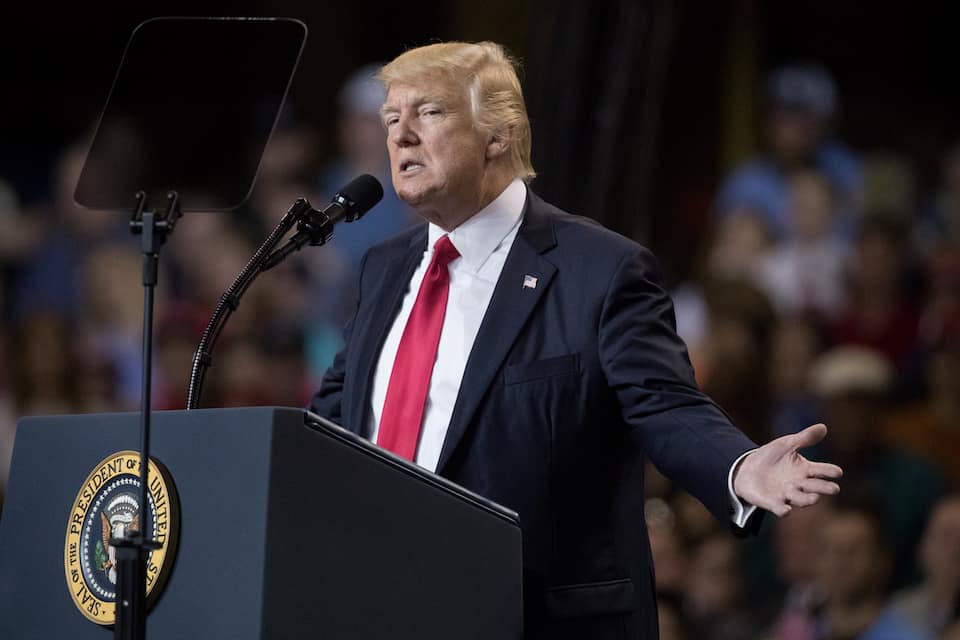 With Donald Trump facing a record-breaking low 36 percent approval rating only two months into his presidency, the Mercer family, headed by a hedge-fund multi-billionaire Robert Mercer, is jumping to his rescue.

Previously, the super PAC established by the Mercer family, Make American Number 1, spent $20 million during the Trump presidential campaign for advertisements promoting Trump and attacking Hillary Clinton. In addition, the Mercers have given the pro-Trump propaganda outlet Breitbart at least $10 million, and the polling and social media micro-targeting consulting firm, Cambridge Analytica, $5 million directly and millions more via payments from the Trump campaign itself.

In an effort to increase GOP control of the Senate, the ads by Making America Great are targeting ten states where Trump won and where there is a Democratic Senator up for re-election in 2018:  West Virginia, Wisconsin, Missouri, Michigan, North Dakota, Florida, Ohio, Indiana, Montana, and Pennsylvania. Ads will begin this week and also appear in Washington, DC.

The current ad is a slick and essentially content-free re-statement of Trump's own false claims about his supposed accomplishments. Emily Cornell, who left Cambridge Analytica to run the non-profit's operations, asserted, "Our group will be a conduit to highlight President Trump’s achievement to the rest of the country." The group's chief strategist, David Bossie, implied Trump knows and supports the groups activities, "We have the full support of the White House, and our effort is proud to be stepping up to help President Trump move his agenda forward."

Throughout his early life in business, Trump was repeatedly bailed out by his father when his businesses failed and/or went bankrupt. Now, after his inability to follow through on his promise to repeal Obamacare and facing unparalleled decreases in support for a president this early in their first term, Trump once again is proving himself to be a failure requiring a bailout by a wealthier man.